This is the final instalment from Uday and the Kanitkar family who travelled to the Tohoku region for the ‘Big Three’ festivals in August this year. By the way, we haven’t mentioned that before the family had headed north for the large dose of festival action, they had already been in the cultural capital of  Kyoto for the massive Gion festival. These guys wanted festivals and they got festivals and much more.

For anyone wanting to experience Japanese culture at its best, amazing Japanese hospitality and something you won’t find anywhere else in the world, then this is the way to do it. Having partied at the Kanto festival in Akita, enjoyed the fun and hospitality of the Neputa festival in Hirosaki, they headed to Aomori for the huge Nebuta festival and then on to Sendai for Tanabata. Along with the festivals, they also discovered some of the harsh realities of the Tohoku tsunami which hit the region in March 2011.

The Nebuta festival in Aomori was massive! Words will not do it justice, so it is better described in pictures.

Having had another fantastic time in Aomori, we headed to Sendai for the most famous Tanabata festival in Japan. There were lanterns everywhere beginning at the Railway Station and just a ten minutes walk away was a covered arcade where at least a thousand colourful lanterns were hanging off the ceiling creating a very festive atmosphere. 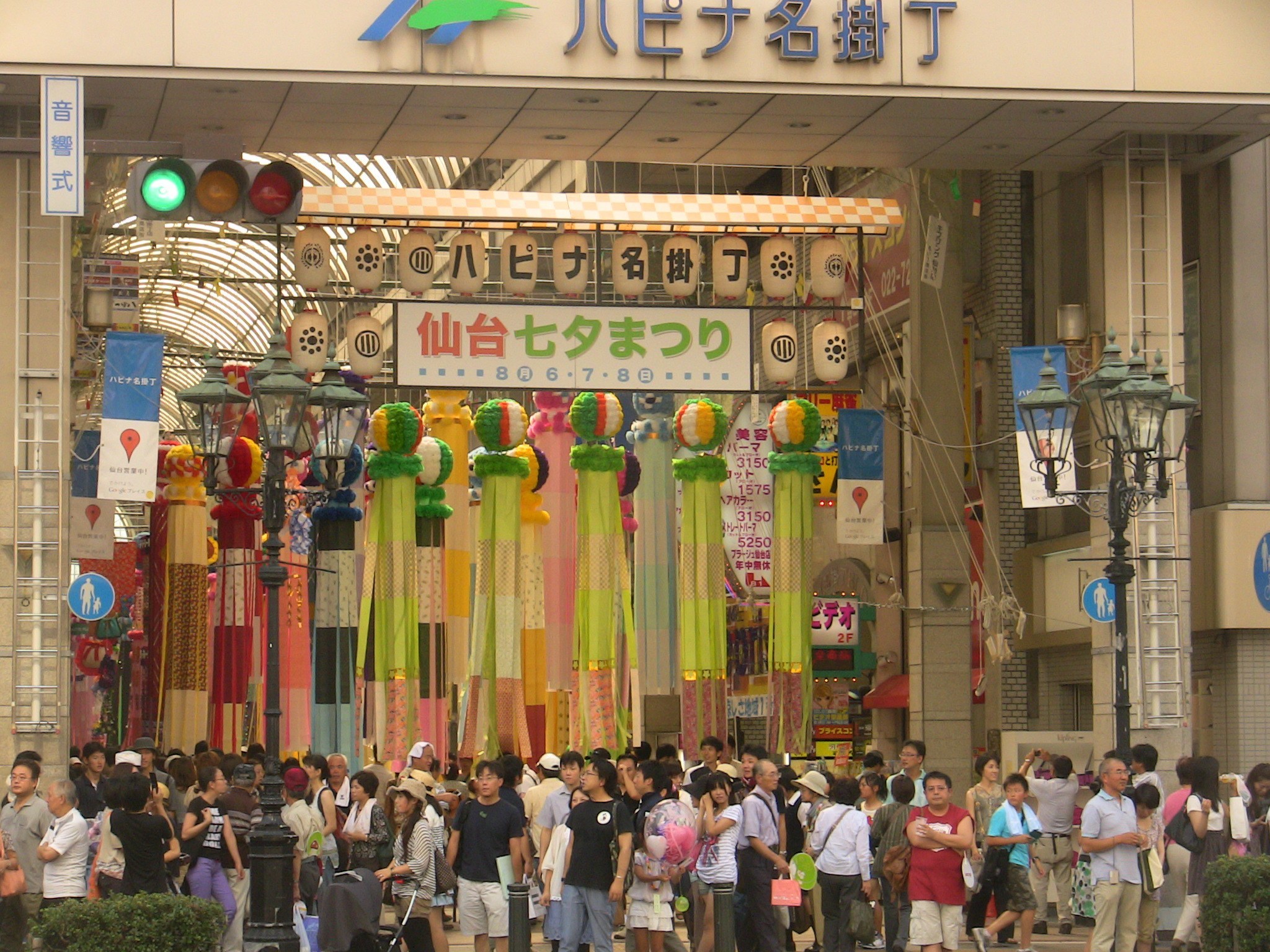 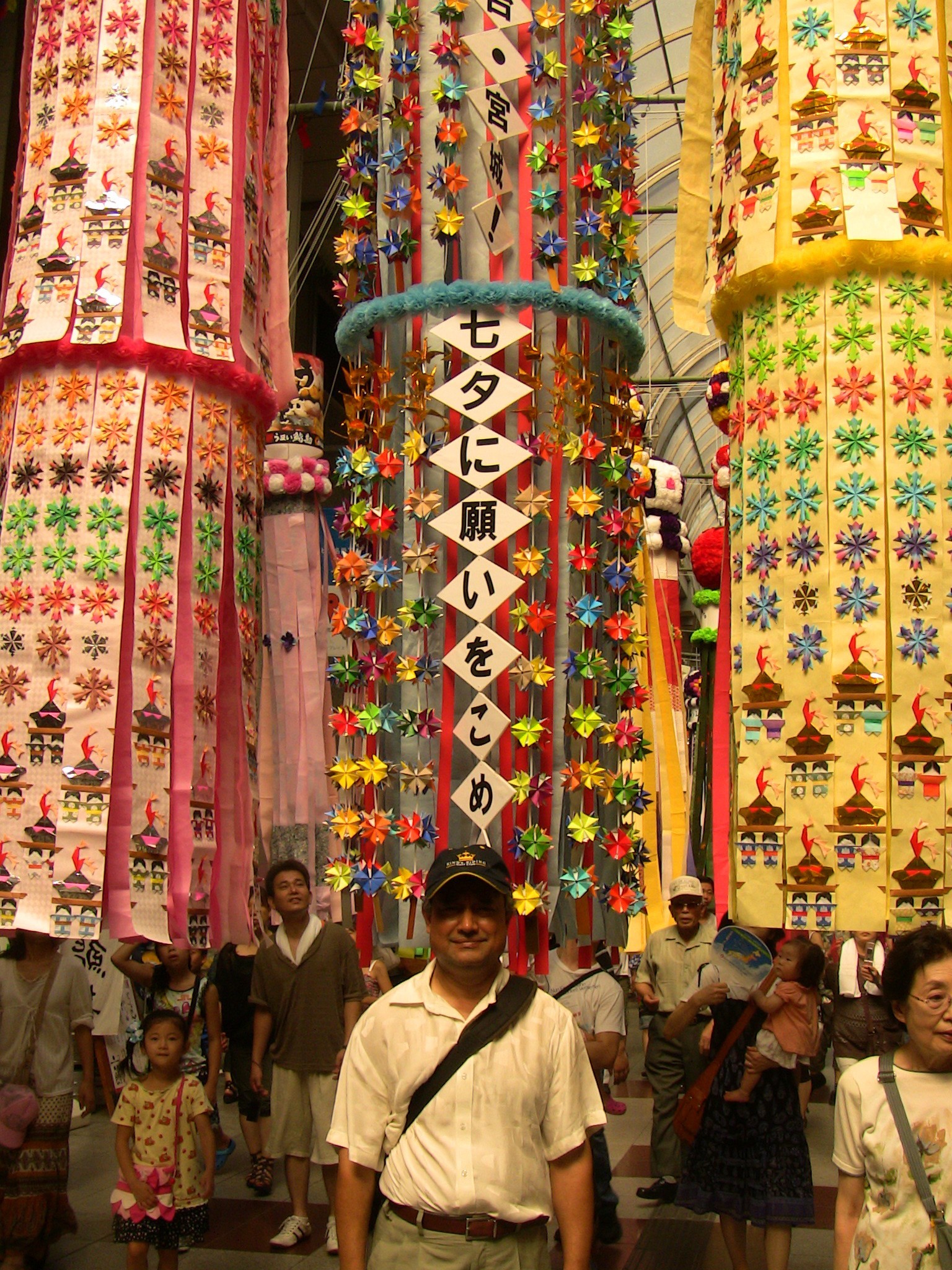 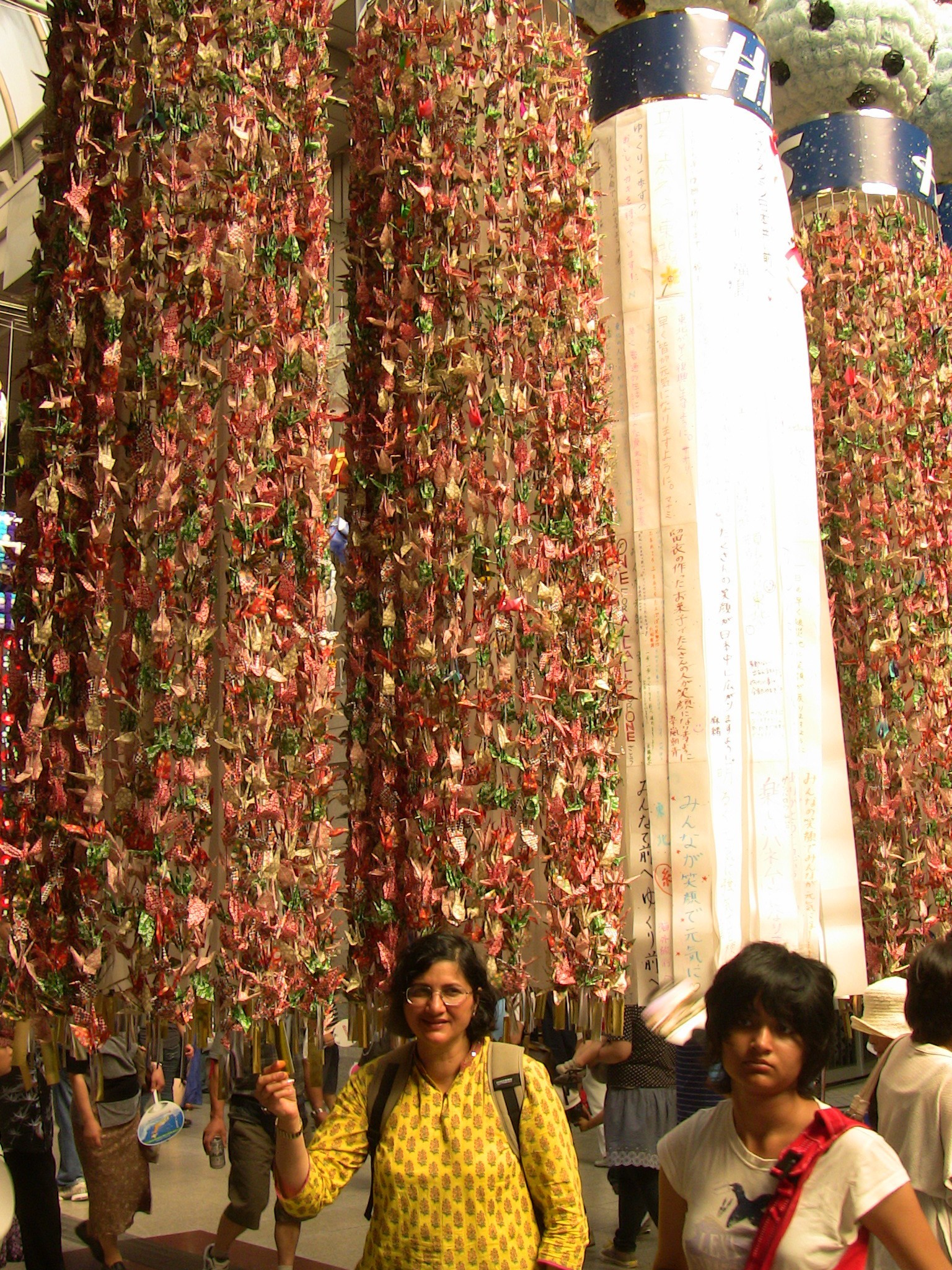 People were out shopping and partying dressed in all kinds of colourful clothing. Food stalls were everywhere and we wondered around not finding any trace of the disaster that I had seen on the news four months ago.We had lunch at the Date-no-gutan restaurant at the mall above the train station in Sendai which offers the local delicacy, Beef Tongue, in different recipes. After we took our first bite all the reluctance and hesitation was gone -We were quite happy to have tried something new and tasty. 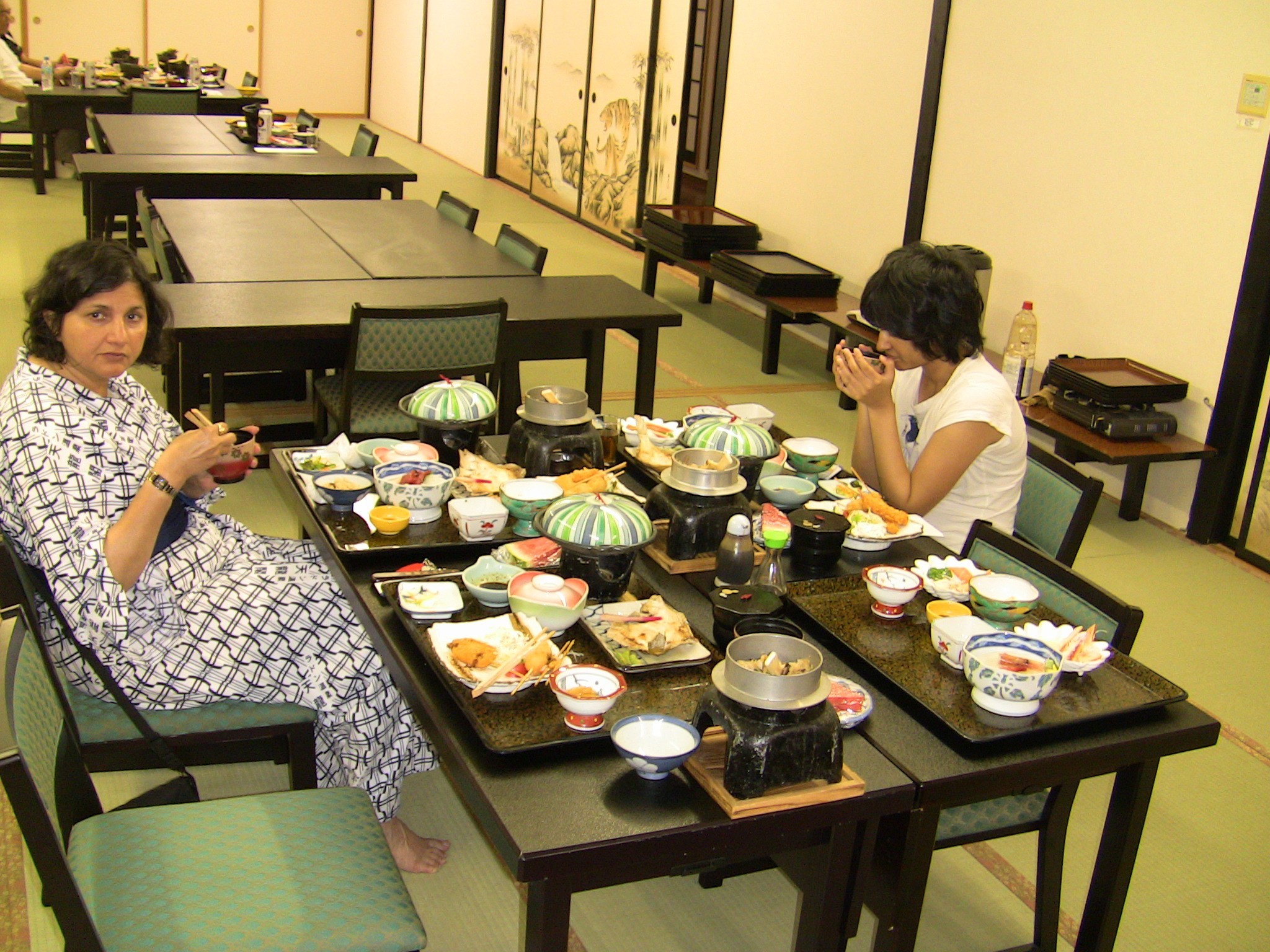 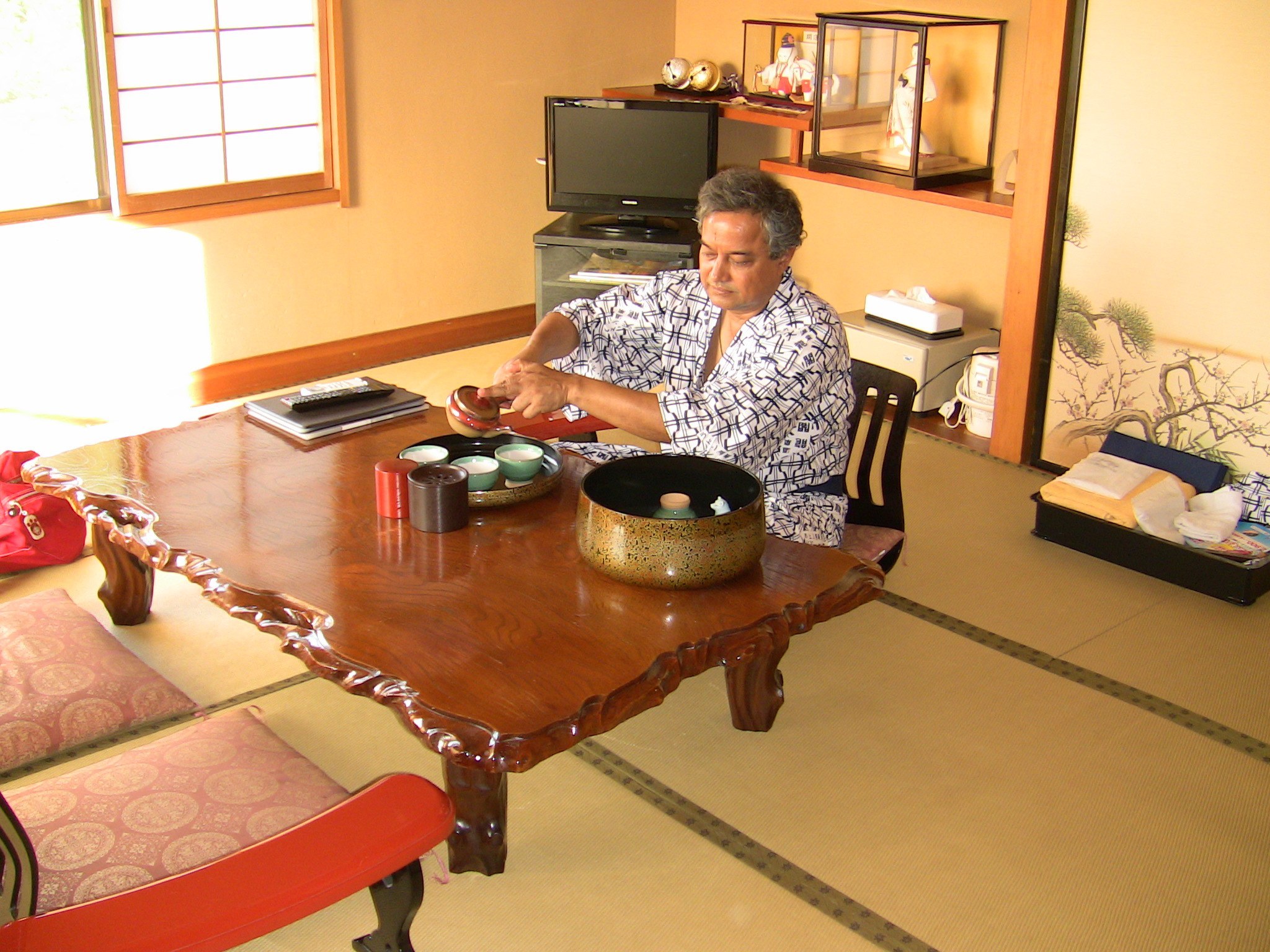 We checked in at the Tenryu-Kaku Ryokan for yet another delightful experience in Japanese style living and amazing variety of food. The room was well appointed, spacious and offered some beautiful views of the river below and amazing views of the sunset. 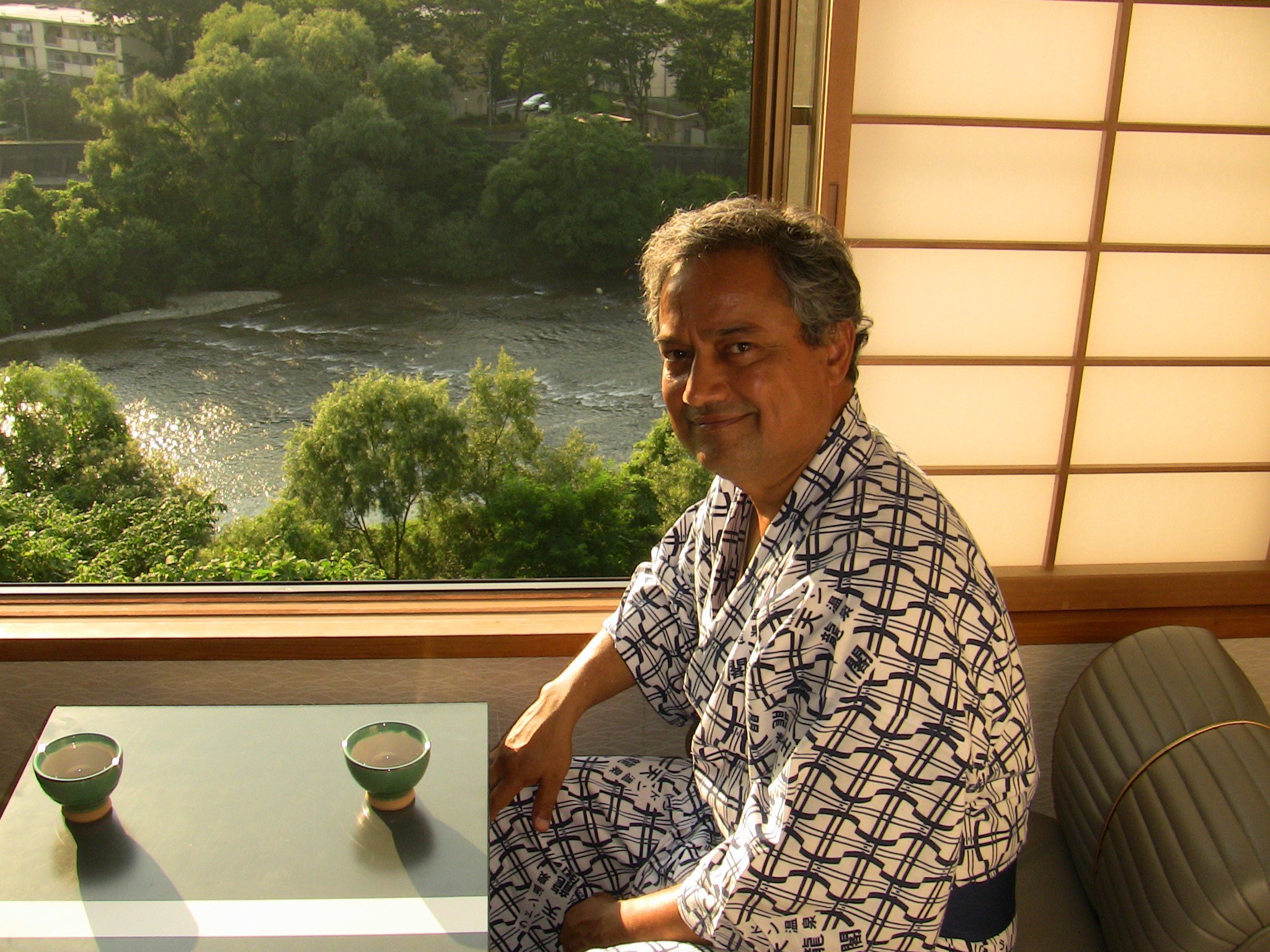 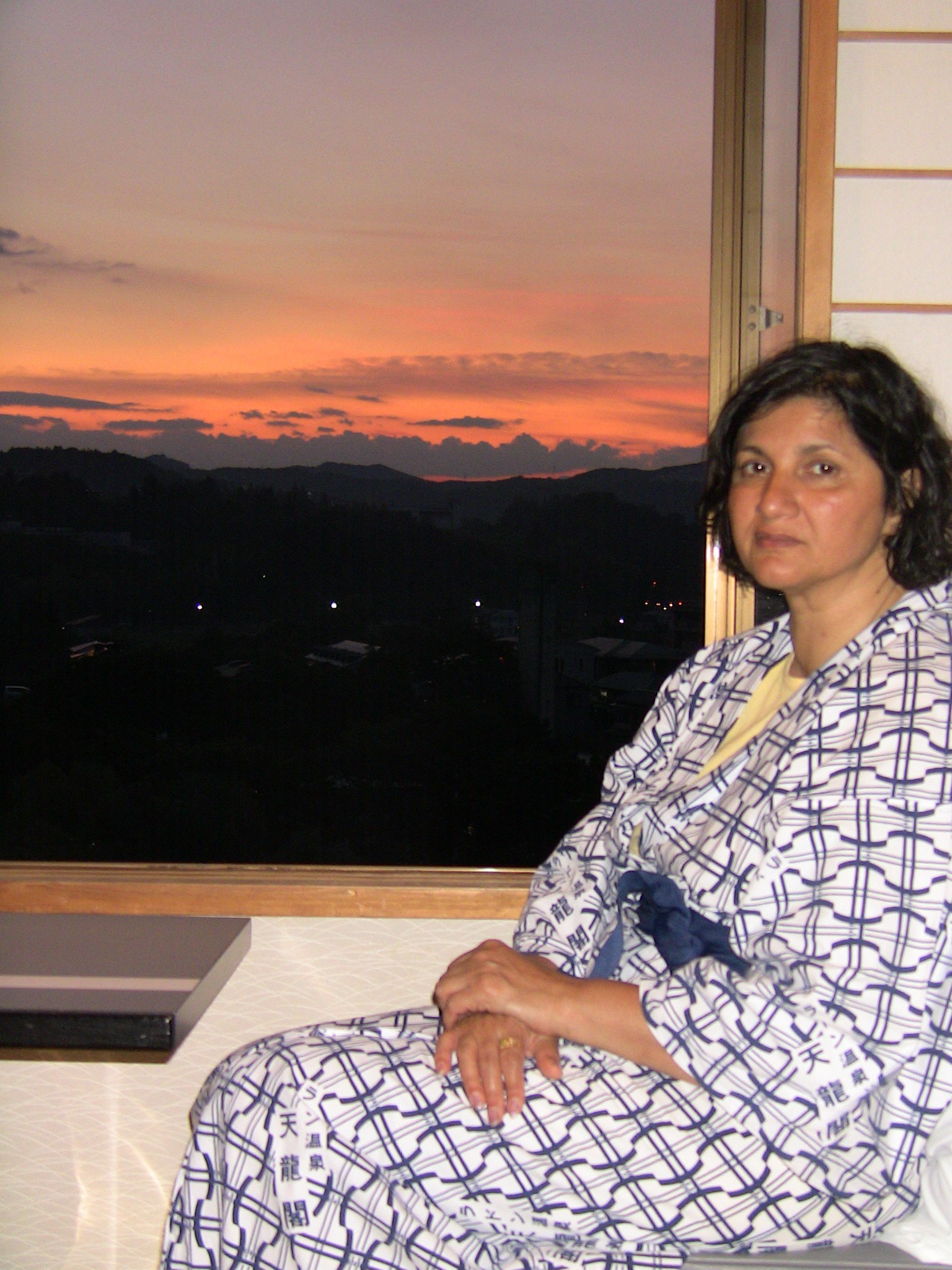 On our second day we decided to do a day trip to the Matsushima Bay Area and I am glad we did. As soon as we got out of the train station on our way to the ferry terminal at Shiogama evidence of Tsunami damage was all around. Heaps of cars and debris was noticeable, boats washed inland lay where the tsunami had carried them. 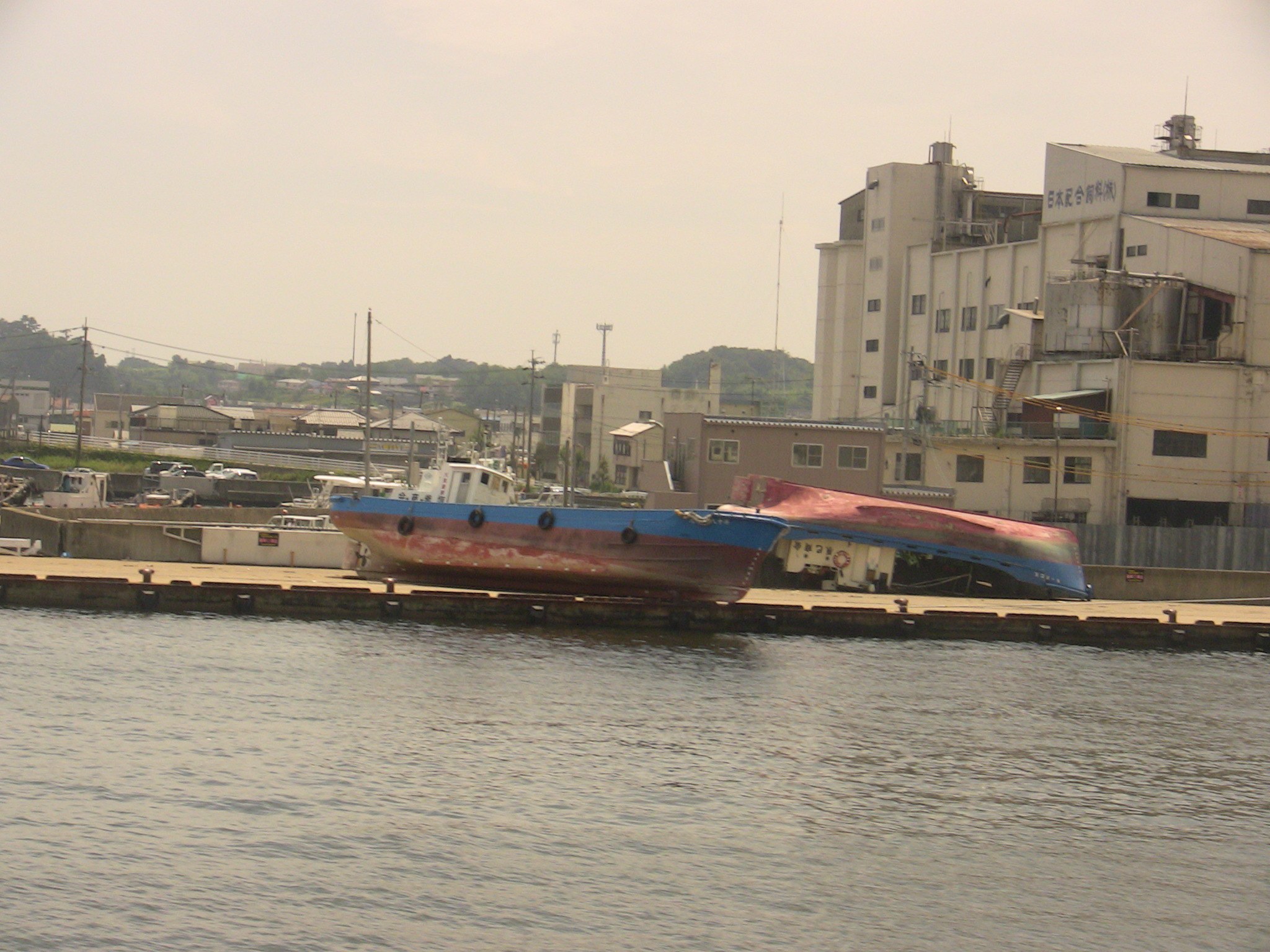 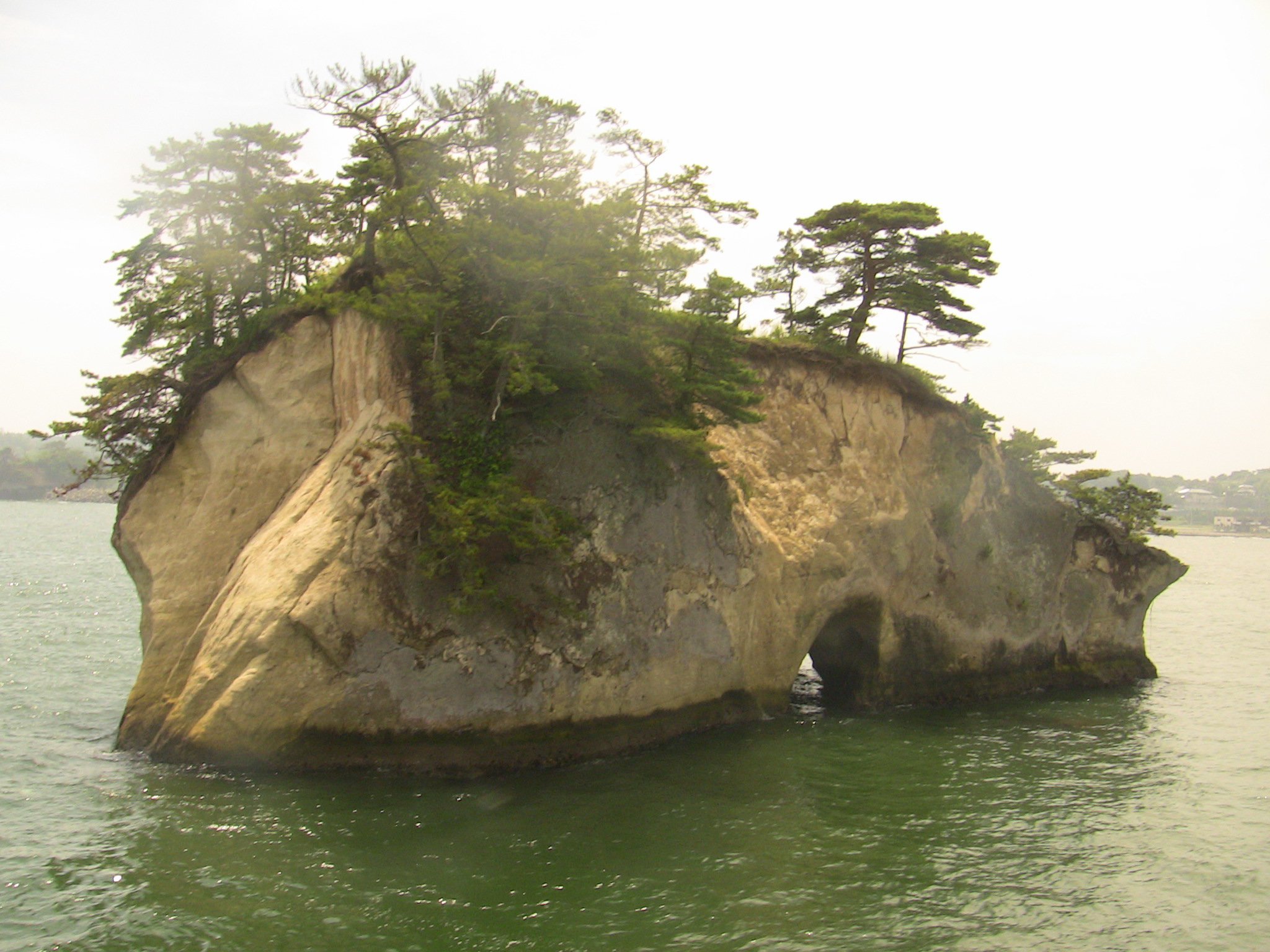 Matsushima bay offered some very picturesque views from the ferry as we lazed through all the little island outcrops with scenic vegetation while snacks, sake and beer kept flowing. By the time we got to Matsushima I stood on the jetty feeling nice and tipsy for a few minutes trying to figure out the controls on my camera.

We walked down Matsushima Kaigan Street enjoying all the delicious sea food at the stalls along the road.  GodaidoTemple and ZuiganjiTemple are very beautiful places to visit with a relaxing atmosphere and beautiful landscape. 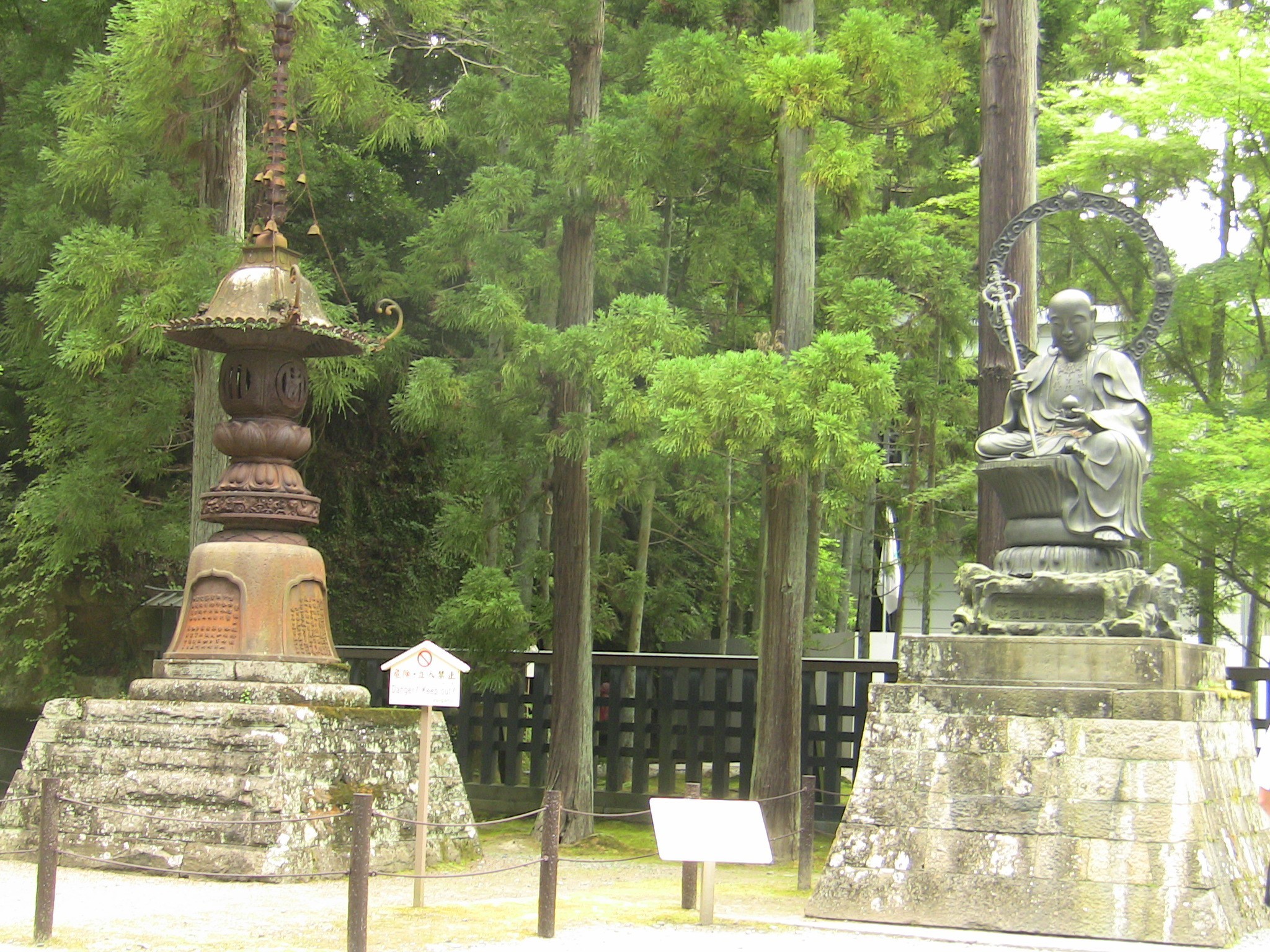 After taking in enough of pretty Matsushima, we walked up to the Tourist Information office to see what else we could do. We asked the very friendly and helpful lady there if we could visit the Tsunami hit areas. For 6000 yen, she arranged a taxi to take us there, show us around and bring us back in abut 90 minutes. We had not really witnessed any of the huge tsunami damage that had filled our TV screens in the west until now. We got into the taxi and half an hour later we were in Okumatsushima smack in the middle of the disaster zone. The taxi driver took us to what was his little township of 90 houses along the beach and listened in horror as he narrated how he managed to grab his two children, wife and run up the hill behind their house, seconds before the Tsunami washed away all 90 houses, some as far as half a kilometre away inland from where they stood. 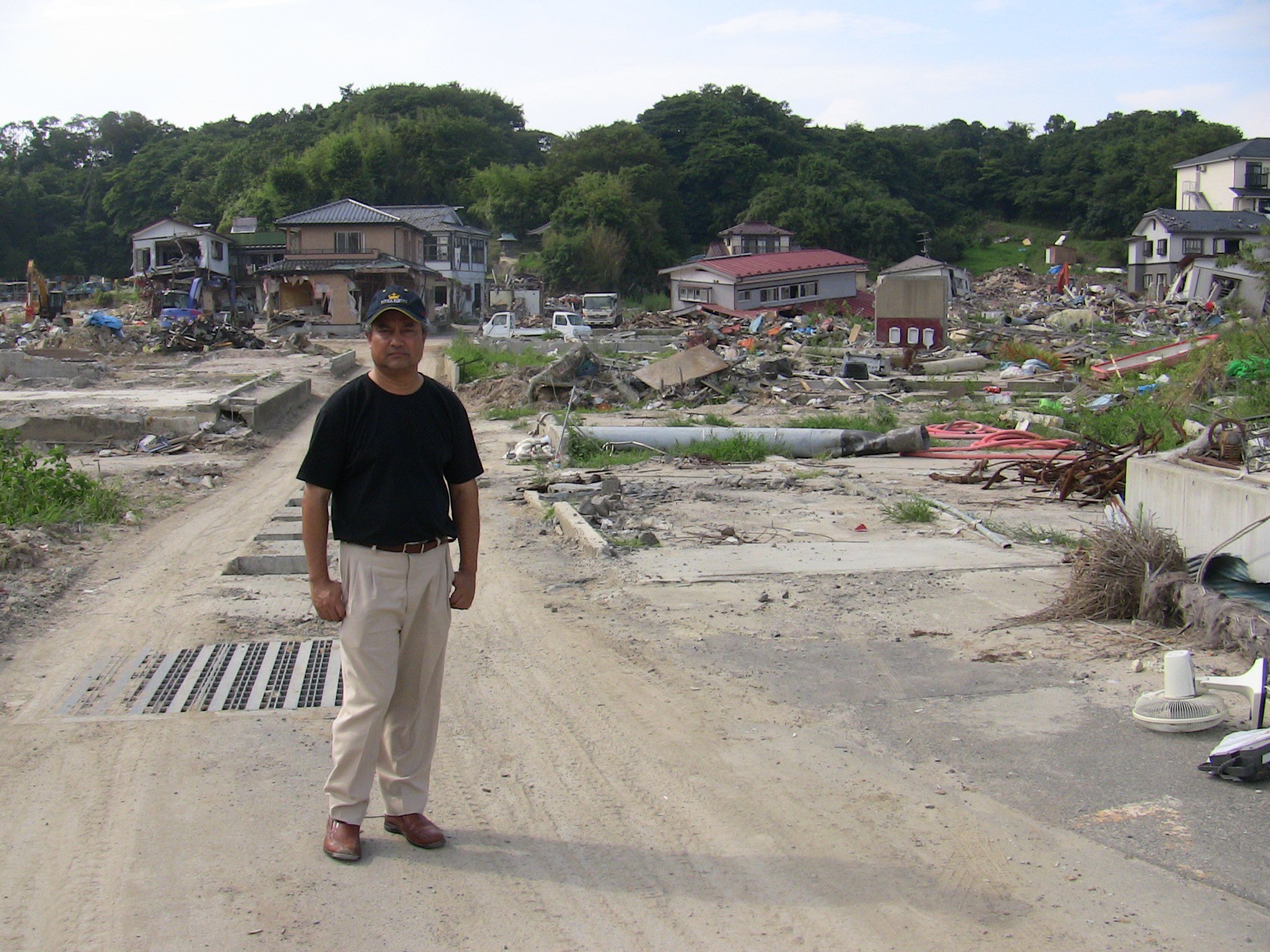 Clearing crews were busy trucking away debris. Only the foundations of houses remained in place with Asian style toilets open to the sky. Large trees lay snapped like twigs, Steel poles lay bent like match sticks, the clock at the train station had stopped at 3.48pm when the Tsunami struck, ghostly houses damaged and empty with owners dead stood along the roads. Schools, Hospitals, factories lay wrecked and deserted. We stood there contemplating a twenty foot tall wave of water many miles long and many miles deep approaching us at 300 km/hr. I still shiver with the thought of its savage force and my heart goes out to the thousands of victims who are still struggling in Tsunami Shelters trying to bring some sense back into their lives having lost everything and loved ones in a blink of an eye. With a stoical approach they go about their business rebuilding whole towns.

Despite the huge devastation and size of this disaster, the people that we have met up and down the Tohoku region have shown little sign of misery and despair. In fact these wonderful people have been more generous and kinder than we could have ever imagined and shown us an amazing region in a very special country. Arigato!

Having spoken with Uday since his trip, it certainly sounds as though this trip was one which will live in their memories for ever and for all the right reasons. Uday’s blog pieces have focused on the family’s time in Tohoku, but they visited many other stunning places in Japan. It is obvious though that it was their experiences in this rural region, the positivity from the festivals and the warmth of the people that they met that will have a lasting impression on their lives.