Japan is open to tourists! Find out how to visit.
Japanese people

Japan is known for its social homogeneity, but there's much more to the story of the Japanese people than this popular myth.

Though Japan is still a place of strong tradition, Japanese society is changing and diversifying constantly. Social roles are adapting under the demands of modern life, westernisation and rapidly advancing technology - whilst the future promises yet more challenges.

How will Japan cope with the problem of an ageing population? How will the Japanese notion of nationality adapt to include citizens of foreign or mixed heritage? These are just some of the challenges facing the next generation of Japanese people in the coming years.

Japan is known for its social homogeneity, but there's much more to the story of the Japanese people than this popular myth. 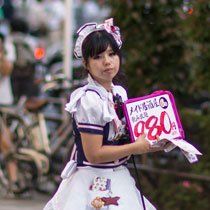 One people, one race?

Japanese people appear at first glance to be one of the most socially and ethnically homogenous groups in the world.

It is reasonable to equate Japan's rapid post-war economic development to the 1990s with social solidarity and conformism. Despite labour shortages since the 1960s, authorities resisted officially sanctioning foreign workers until the 1980s, relying on increased mechanisation and an expanded female workforce instead (1).

Until recently, Japanese workers have associated themselves primarily with the company they work for - a businessman will introduce himself as "Nissan no Takahashi-san" (I am Nissan's Mr Takahashi). By extension, we might get the idea that a Japanese person subordinates the self to the objectives of society.

In 2008, however, long-serving Japanese politician Nariaki Nakayama resigned after declaring that Japan is "ethnically homogenous", showing that the old "one people, one race" idea has become politically incorrect.

Criticism of Mr Nakayama's statement focused on its disregard for the indigenous Ryukyukan people of southern Okinawa, and the Ainu people from the northern island of Hokkaido - colonised by the Japanese in the late nineteenth century.

In 1994 the first Ainu politician was elected to the Japanese Diet, suggesting that the Japanese are keen to officially recognise distinct ethnic groups in Japan.

The most recent census asked people to define themselves only by nationality and not ethnicity, so the true demographic of the country is still unclear Although only around 15,000 foreigners are naturalised each year, immigration has continued officially and unofficially since Japan ended its policy of isolation in the mid-eighteenth century.

Apart from foreign immigration, Japanese people and their descendants have moved freely since the borders were opened. Although the census does not recognise them, there are now an estimated 750,000 Japanese citizens with mixed heritage, as well as 1.5 million permanent foreign residents in a total population of around 126 million.

Some "harufu" (Japanese people of mixed heritage) have gained a high profile in Japan, contesting the nationalist assertion that homogeneity is synonymous with Japanese prowess. In 2004 Yu Darvish, of mixed Japanese and Iranian heritage, pitched an entire game for the professional Nippon Ham baseball team without a batsman reaching first base. More recently, Finnish-born Tsurunen Marutei became a member of parliament.

Since Japan's main indigenous and immigrant ethnic groups tend not to reside in the densely populated Kanto and Kansai areas of central Honshu where holidaymakers generally go, a tourist would probably conclude that the non-Japanese population is a relatively tiny number of white Caucasians. There is a floating population of Western English language teachers and finance sector workers, particularly in Tokyo, but the authorities have extremely tight restrictions on extending specialist work visas beyond three years so very few become permanent residents.

The largest ethnic groups represented are in fact originally from Korea, China, Brazil and the Philippines. Since the 1970s there has been a steady inflow of Brazilians of Japanese descent, and this group now make up 5-10% of the population in some industrial towns in Japan. These days the younger generations speak only Japanese and not the language of their forebears. In addition to these families, tens of thousands of long-term "guest workers" have been drafted in for factory and menial work under agreements since the 1990s.

The case for ethnic diversification is evident throughout Japanese society. The UN predicts that Japan will reach an economic crisis point by 2050 where the non-working population will outnumber the working population. Initiatives such as the 1994 Japan-Philippines Economic Partnership Agreement suggest that Japan is seeking a solution by granting more three- to four-year stays for trained workers and caregivers, though it is still very reluctant to grant permanent residency.

Conservative politicians still advocate increased mechanisation as the solution; swift advances are being made in robotics, particularly in the field of elderly care, but production would need to increase exponentially if the UN estimate of a ten million shortfall in workers by 2050 is remotely accurate.

Beyond ethnicity, there are cultural distinctions between the regions, most of which have existed for a long time but are not immediately obvious to a foreign visitor.

For example, Osaka-ben, the idiomatic language used in the Kansai area, espouses the open discussion of money whereas Tokyoites are likely to take great pains to avoid discussion of the raw figures (2).  Residents of Kyushu - the most southern of the four large Japanese islands - compare themselves with the Mediterranean, "with traditional Japanese reserve taking a backseat to more demonstrative temperaments." (3)

Challenges for the next generation 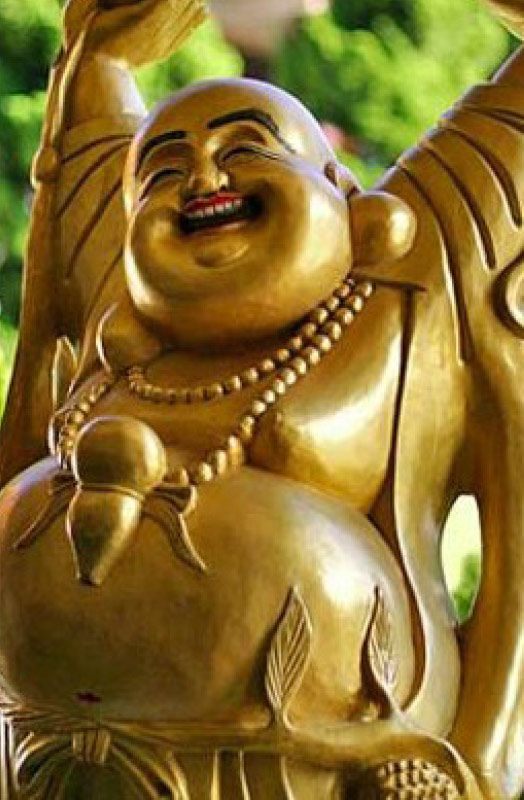 Distinct differences are also evident between the generations since the economic bubble burst in the 1990s. Younger generations are facing a dramatically different working culture in which a job for life is no longer guaranteed.

Consequently, the identification of the self with the company is weakening. Japanese companies now routinely outsource work and lay off workers who may have been with the company for decades, as dramatised through the character of the father in the 2008 film Tokyo Sonata.

While that movie is of course a work of fiction and does not necessarily represent a typical situation, it does highlight the cultural shift away from an often-quoted Japanese idiom: "the nail which stands up must be hammered down."

The movie espouses individual development over conformity, as the son flourishes as a piano prodigy despite his father's attempts to have him conform to the existing system of education and employment. The wide generation gap and imposition of values is evident in the fact that the average politician is in his or her sixties.

In a highly competitive job market where learning fluent English is seen as one of the keys to success, more and more young Japanese people are studying abroad - mainly in the United States. This means that some are developing more stereotypically western individualist outlooks in their formative years.

There is also the social phenomenon of furita: young people who take a number of part time jobs instead of a single full-time role, and intersperse these with stints in places like Bali and Australia.

Traditionalists are particularly troubled by the number of hikikomori, a population of young adults estimated to be between one and three million who never leave home. In a significant number of cases, they are not employed and not paying taxes. This adds to the state's dilemma of how to provide for an increasing elderly population - the largest in the developed world - while the population as a whole is decreasing and some young people are only entering employment part-time, if at all.

The long-established equation between age and standing in a clearly defined hierarchy appears to be holding firm, and the relationship between the senpai (experienced) and kohai (inexperienced) is evident everywhere from college baseball teams to offices and factory hierarchies. Nonetheless, these structures are under scrutiny in economically uncertain times, and may belie a paradigmatic shift in the values and goals of young people questioning what it means to be Japanese.