Japan is open to tourists! Find out how to visit.
Cherry blossom

When the cherry blossom is in bloom from March to May, the Japanese flock to parks and gardens to picnic beneath the flowers.

When the cherry blossom is in bloom from March to May, the Japanese flock to parks and gardens to picnic beneath the flowers. 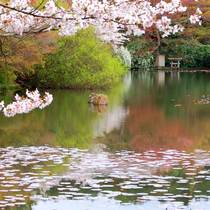 Insider Experience: Secret garden tour of Kyoto
Escape the crowds with our "Insider" to explore Kyoto's secret gardens in all their…
Read more
Print

Spring in Japan can only mean one thing: cherry blossom.

Sandwiched between the long, bitter winter months and the sweltering humidity of summer, spring is by far the most popular time for tourism in Japan - both domestic and international. The atmosphere at this time of year is infectious, with parks packed with revelers and supermarket shelves stacked with the latest blossom-flavoured snacks and drinks.

The cherry blossom (or sakura) "front" sweeps along the length of the country each year, beginning with Okinawa in the far south in February and working its way along Japan to northern Hokkaido in May. A variety of factors can affect when the cherry blossom comes into bloom: a particularly cold winter can mean that the flowers come out late, unseasonably mild weather can usher them out sooner, and heavy rain can mean that the trees drop their petals much quicker than otherwise. For this reason, the forecast is followed avidly throughout the sakura season! 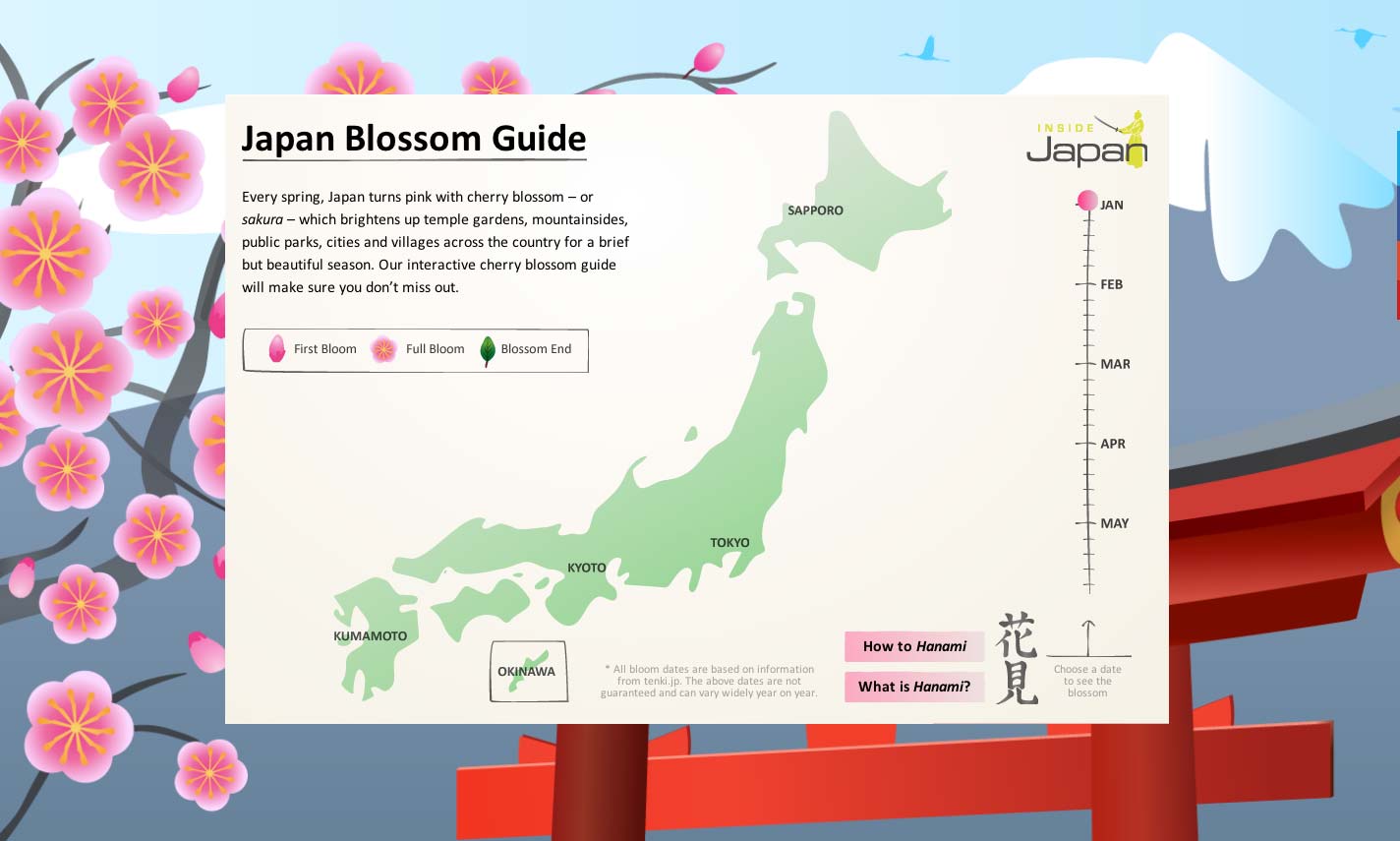 The cherry blossom usually begins to bloom in Okinawa in around January/February, passes through the middle of Japan in March and April, and finishes with a late bloom in northern Hokkaido in May. In areas of high altitude, the blossom also arrives rather later than in low-altitude regions.

Tokyo usually sees its first blossoms in the dying days of March, with full bloom falling around April 5. Kyoto follows a day or two later, while the mountainous areas around Takayama and Matsumoto bloom about two weeks later - beginning in mid-April.

For a more accurate idea of where and when the cherry blossom will be blooming this year, take a look at our wonderful new sakura infographic! Slide the slider and you'll see the cherry blossom front as it moves from south to north. 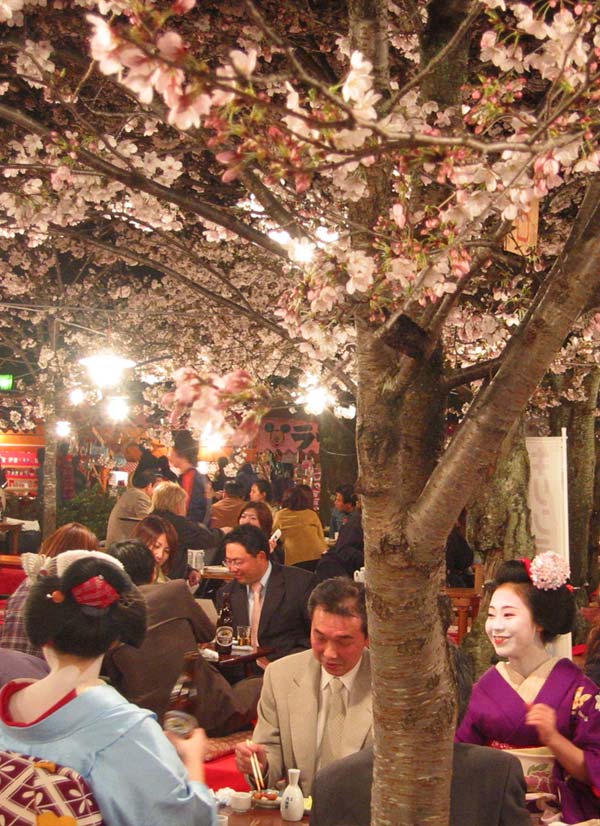 If you are lucky enough to be in Japan during cherry blossom season, it is de rigueur to head out into the local parks and gardens, bring a selection of picnic food and drinks and join the locals for a hanami - or"flower-viewing". It is during this period that the Japanese are at their most relaxed, and all public places take on a party-like atmosphere.

Typical hanami spots include city parks, landscape gardens, castle grounds and along riverbanks, and you'll find all of these areas buzzing with people throughout the sakura season. The blossom usually only hangs around for a couple of weeks - sometimes less if there is heavy rain on the cards - so you only have a brief window in which to enjoy the trees in full bloom. So popular are these parties that some companies will pay a member of staff to sit in the park all day, saving a spot for the office hanami in the evening!

Hanami can be conducted in the daytime sun or in the evening. Both are lovely, but we particularly enjoy the blossoms at dusk when lanterns hang in the trees, turning the canopy a glowing pink. You might also be lucky enough to spot a geisha or two entertaining clients under the trees! 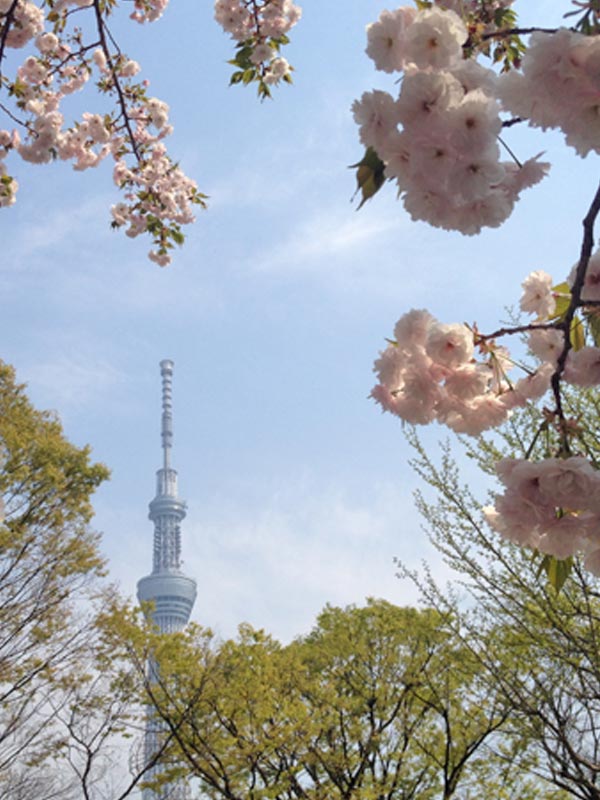 The tradition of hanami has a history stretching back over many centuries, thought to have begun during the Nara Period (710-794), so by getting involved you will be joining in one of Japan's best-loved and most time-honoured rituals.

Though the term hanami has been used almost exclusively to refer to cherry blossom-viewing parties since the Heian Period (794-1185), historically the Japanese held hanami parties beneath wisteria and plum blossom too. Some older Japanese still gather to view the plum blossom (ume) today, as a more sedate alternative to the sometimes raucous hanami gatherings.

In ancient Japan, cherry blossom had great importance because it announced the rice-planting season and was used to divine the year's harvest. Its fleeting beauty, moreover, was celebrated as a metaphor for life itself - and it was praised in numerous poems of the era.

Such was its significance that the Japanese believed the sakura trees contained spirits, and made offerings to them with rice wine. This grew into the tradition of the hanami party - a celebration of feasting, drinking and making merry that is thought to have begun in the Imperial court of Emperor Saga and gradually filtered down through the samurai classes to become a tradition beloved by all echelons of society. 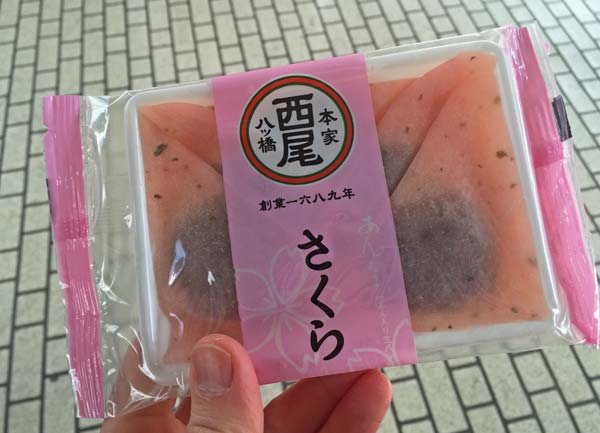 If you're in Japan during hanami season, it can seem as though the country has gone a little sakura-mad. Not only are there blossom-themed events and festivals going on up and down the country, but even the products in the supermarkets reflect the coming season - with limited edition, sakura-flavoured foods and drinks on the menu for a fleeting time only.

And what does it taste like? Well, most people will agree that it's something of an acquired taste, with a flavour somewhere between lavender and soap!

There are countless great hanami spots across Japan, and everybody has their own personal favourite - so we've put together a few of our top choices to get you started:

Tokyo is famous the world over as a hyper-modern metropolis packed with high-rise buildings and flashing neon lights, and whilst this is true - there is also a surprising wealth of green spaces where you can take time out from the hustle and bustle of the city to relax. One of the best places to see cherry blossom in Tokyo is undoubtedly Shinjuku Gyoen, which is home to over one thousand cherry trees of both early- and late-blooming varieties, meaning that the sakura season here lasts longer than elsewhere in the city.

Other lovely sakura spots in the city include the Imperial Palace Gardens, Hamarikyu Gardens and Ueno Park - so be sure to try out a few.

Fully re-opened this year after a five-year facelift, Japan's largest and most impressive castle is also a wonderful place to see the cherry blossom. This UNESCO World Heritage Site has survived fires, wars, earthquakes and the Meiji Restoration to be one of only a handful of original feudal castles still standing in Japan - and 2015 is an especially good year to visit following its hiatus from the tourist trail. Surrounded by sakura trees, Himeji is undoubtedly at its best in the spring!

If Himeji isn't on your itinerary this spring, don't worry - nearly all Japanese castles (whether original or reconstructed) make excellent hanami locations as they are traditionally surrounded by cherry trees.

The only thing better than one Japanese national icon is two Japanese national icons - and for a couple of months each year you can get two for the price of one as Mount Fuji is surrounded by cherry blossom. There are numerous places from which to view Mount Fuji, but our favourites are Hakone and the Fuji Five Lakes region. Fuji Five Lakes is perhaps better than Hakone when it comes to sakura, and two of the best spots are the northern shores of Lake Kawaguchiko and the Chureito Pagdo, built in the hills of Fujiyoshida City.

Kyoto's Philosopher's Path is a lovely stone walkway that follows a canal through the northern part of the city's Higashiyama district. It gets its name from a particular philosopher - Nishida Kitaro - who was said to wander down the path in meditation on his way to Kyoto University. The path runs for about two kilometres and as well as plenty of restaurants, cafes and shops it is lined all the way with cherry trees, which explode into colour in early April - providing one of Kyoto's most popular hanami spots.

Acknowledged as one of the top three landscape gardens in Japan (and widely considered to be the best of the three), Kenrokuen Garden in Kanazawa is a beautiful place to visit at any time of year - but especially so during the cherry blossom season. The garden is so large that you could easily spend a couple of hours wandering through it, and at closing time if you listen very carefully you may hear the voice of InsideJapan's Richard Farmer over the loudspeaker politely asking you to leave!

Miharu Takizakura, (lit. "Waterfall cherry tree of Miharu") is located near the small town of Miharu in Fukushima Prefecture, in the northern Tohoku region of Japan's Honshu main island. Over one thousand years old, 12 metres tall and with a trunk circumference of 9.5 metres, this massive weeping cherry tree is probably Japan's most famous tree - and is thought by many to be its most beautiful.

From around late April each year, the park around Hirosaki Castle is tranformed into a pink wonderland with over 2,500 cherry trees, cherry blossom tunnels, evening illuminations, moats turned completely pink with petals, lovely picnic areas, and rental rowing boats combining to create a truly magical hanami location. If you visit between April 23 and May 5, you will also catch the Hirosaki cherry blossom festival. This is considered to be one of the top three cherry blossom viewing spots in Japan.

Another entry from the northern Tohoku region of Japan,  Hanamiyama Park (lit. "flower viewing mountain") lies on the slopes surrounding a rural farming community in Fukushima Prefecture. The park was started by local farmers who began planting ornamental plants and trees in the area, and was opened to the public in 1959. The variety of types of cherry tree and other flowering trees mean that there are actually a wide range of spring colours in the area, with lovely views of the Azuma Mountains in the distance.

Last but certainly not least on our list is the Takato Castle Ruins Park in Nagano Prefecture, the last of the official top three cherry blossom spots in Japan (along with Mount Yoshino and Hirosaki Castle). Located on a hill in Ina City, Nagano, the park is about 60 km from Matsumoto (where the "Black Crow" Castle also provides a great hanami location). Visit during the month of April and you'll find yatai stalls set up all around the park for the annual cherry blossom festival, and there are lovely illuminations held every evening from sunset until 10pm.

As with many of the spots on this list Takato Castle Park gets super busy during sakura season, so you'd be well advised to visit early in the morning and to avoid weekends unless you don't mind crowds! Within the park, the curved Onkyo Bridge is one of the nicest points during cherry blossom - but there are plenty of other beauty spots if you take the time to wander around.