Skip to content
Thank you for signing up!
Subscribe to our Newsletter
HOME » Blog » Family Travels in Japan

The Basford family originally from the UK and now in Australia travelled to Japan in the Summer. Mum, Dad and 13 year old Tyler dropped us a line and took off to Nippon for a big family adventure. We asked Mum, Julie and Tyler what they thought of Japan…..

Japan has been on our bucket list for a while and as our son is now 13 we felt that he was old enough to appreciate this amazing country and enjoy the travelling. 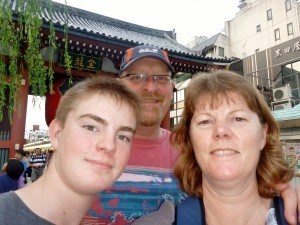 As we had little intention of spending much time in hotels IJT adapted a Self Guided Adventure to take in some extra locations that we had never even heard of before, but proved to be one of our highlights. For anyone thinking of a trip to Japan with teenagers here are some of our observations about the trip: 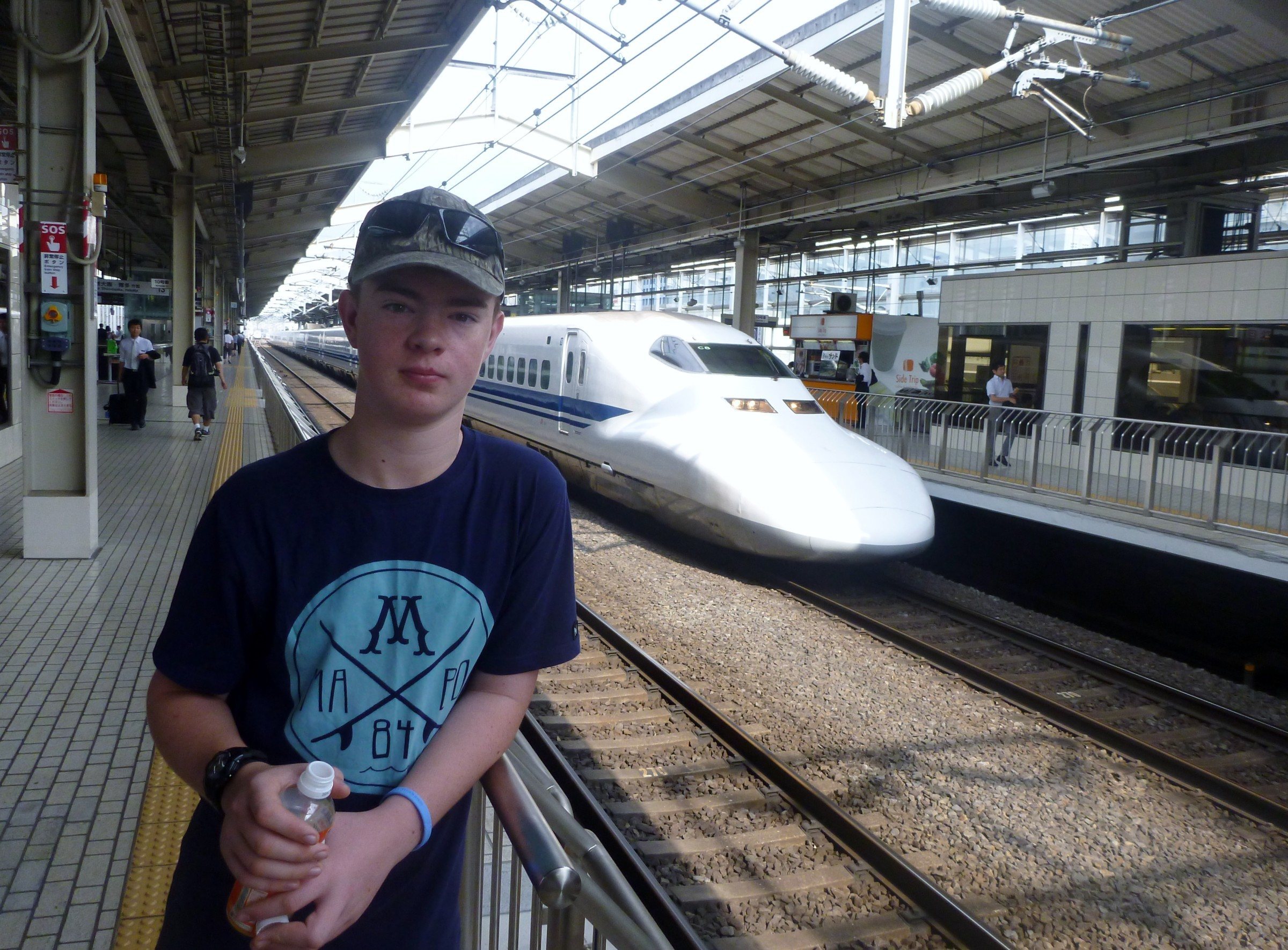 Shinkansen and transport generally
We were concerned before leaving about how we would find our way around Japan and get on the right train. It was in fact a good balance between being enough of a challenge to feel like we were on an adventure but not to the extent that it was stressful. The Rail Pass and the Info Pack were awesome and helped us plan ahead and find the right train. Transport was clean, punctual and very comfortable. We generally bought Bento boxes at the station which were cheap and delicious and there was also a trolley service on most trains. We also used buses and trams in most places and once we had figured out the ticketing systems which vary from City to City we were fine. Taxis were reasonable but nowhere near as much fun. 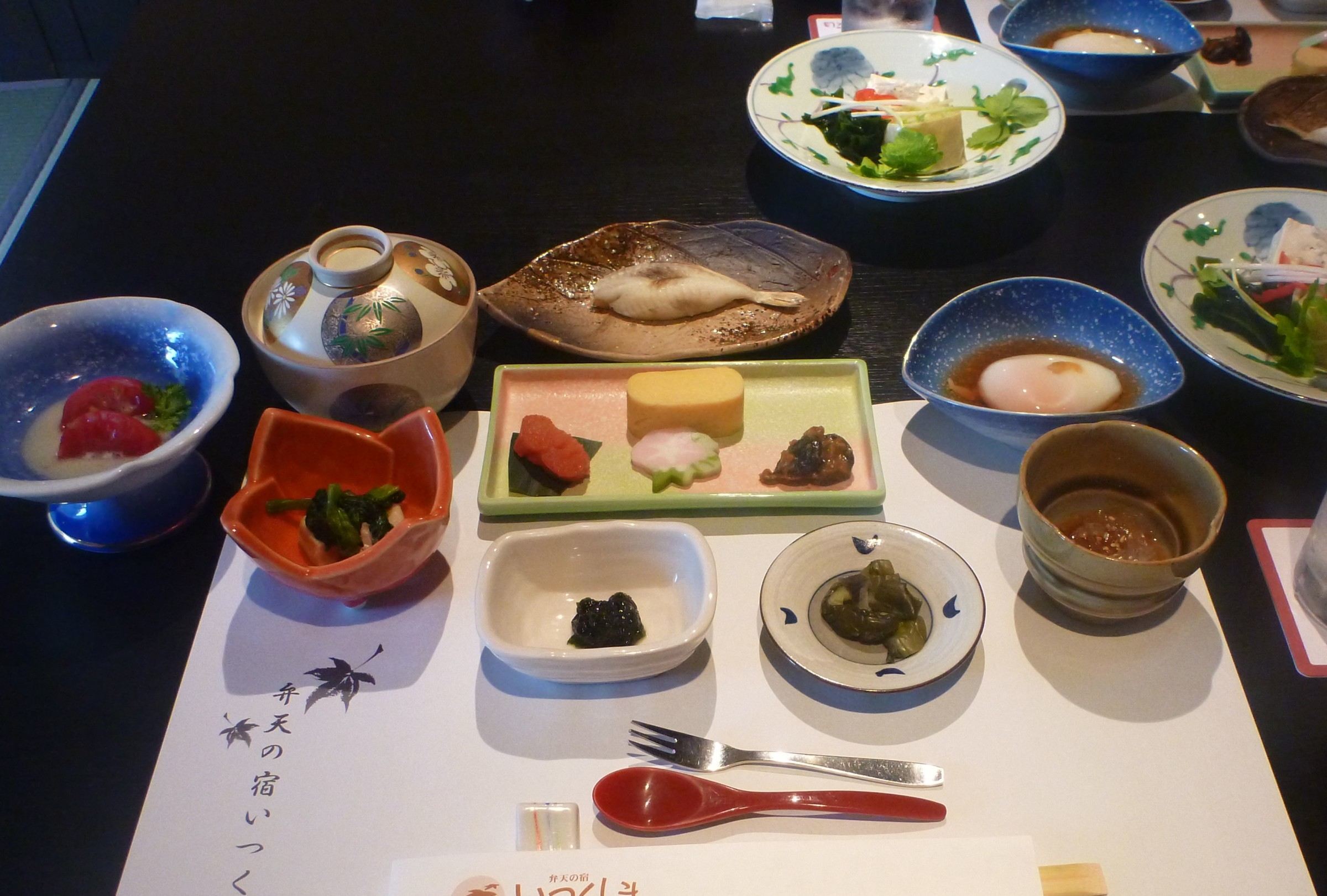 Food
We are not fussy eaters but not great lovers of fish and seafood so we were a bit apprehensive about the food. To say that Japanese food is a culture shock is a complete understatement! The smells, textures and tastes were so different from how we normally eat and we tried some strange and wonderful dishes. We quickly came to enjoy our rice, miso and pickled vegetable breakfasts. For lunch we normally had noodles or bento. In two of our hotels we had the set evening meals which was a real highlight as we tried things we would never normally have ordered including eel sashimi, fish guts pickled in salt and soybean and a whole small blowfish for breakfast. 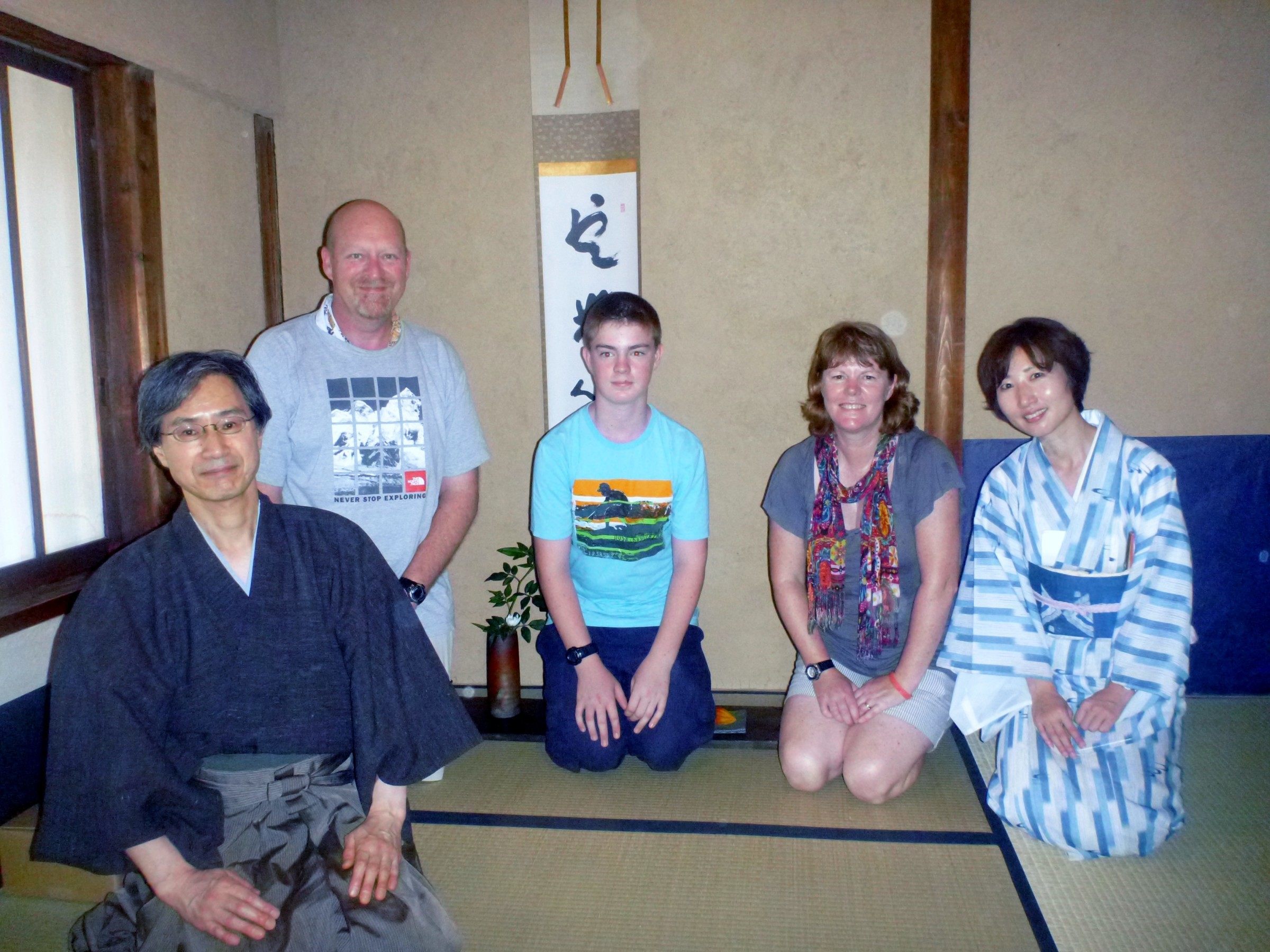 There are vending machines everywhere selling a huge range of drinks – including beer. We booked onto a private tea ceremony in Kyoto which was a magical experience. 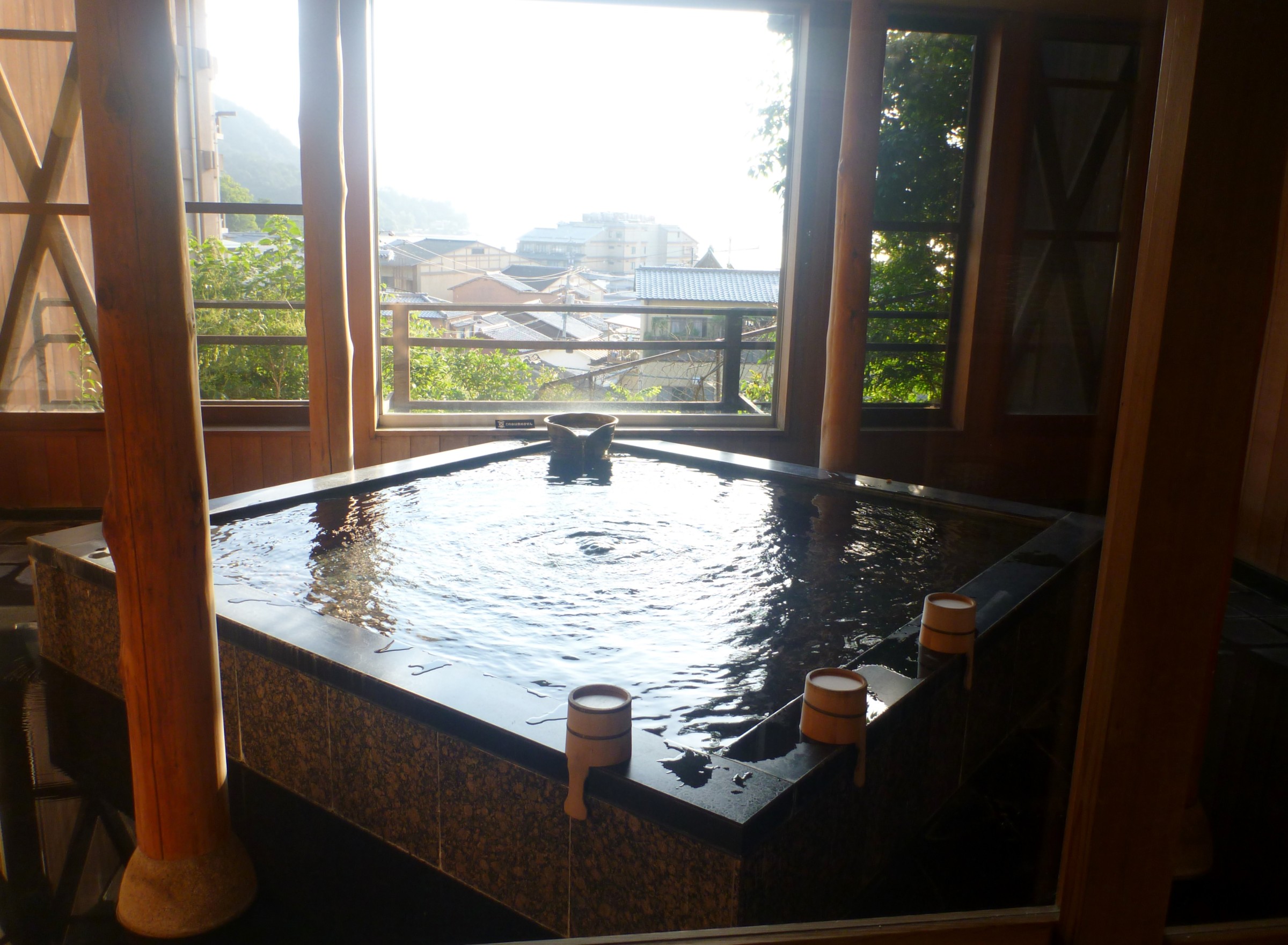 Onsen
Japanese attitude to bathing is very different from what we are used to in the west so it is as well to check the customs before ending up in the hot water! These may vary from place to place but where we stayed included getting washed thoroughly on little stools before getting into the very hot baths for a soak only, not to get washed. Bathing costumes are not allowed and generally the baths are segregated male and female but are also used privately by families. We are far to Westernised to bath naked with our teenage son so he enjoyed private session to himself! 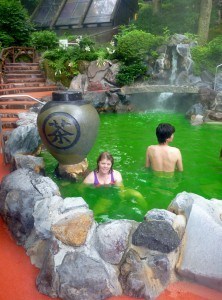 The Hakone Kowakien Yunessun onsen spa resort is a strange and magical place where you bathe in baths containing green tea, red wine and coffee and was a fun day out! 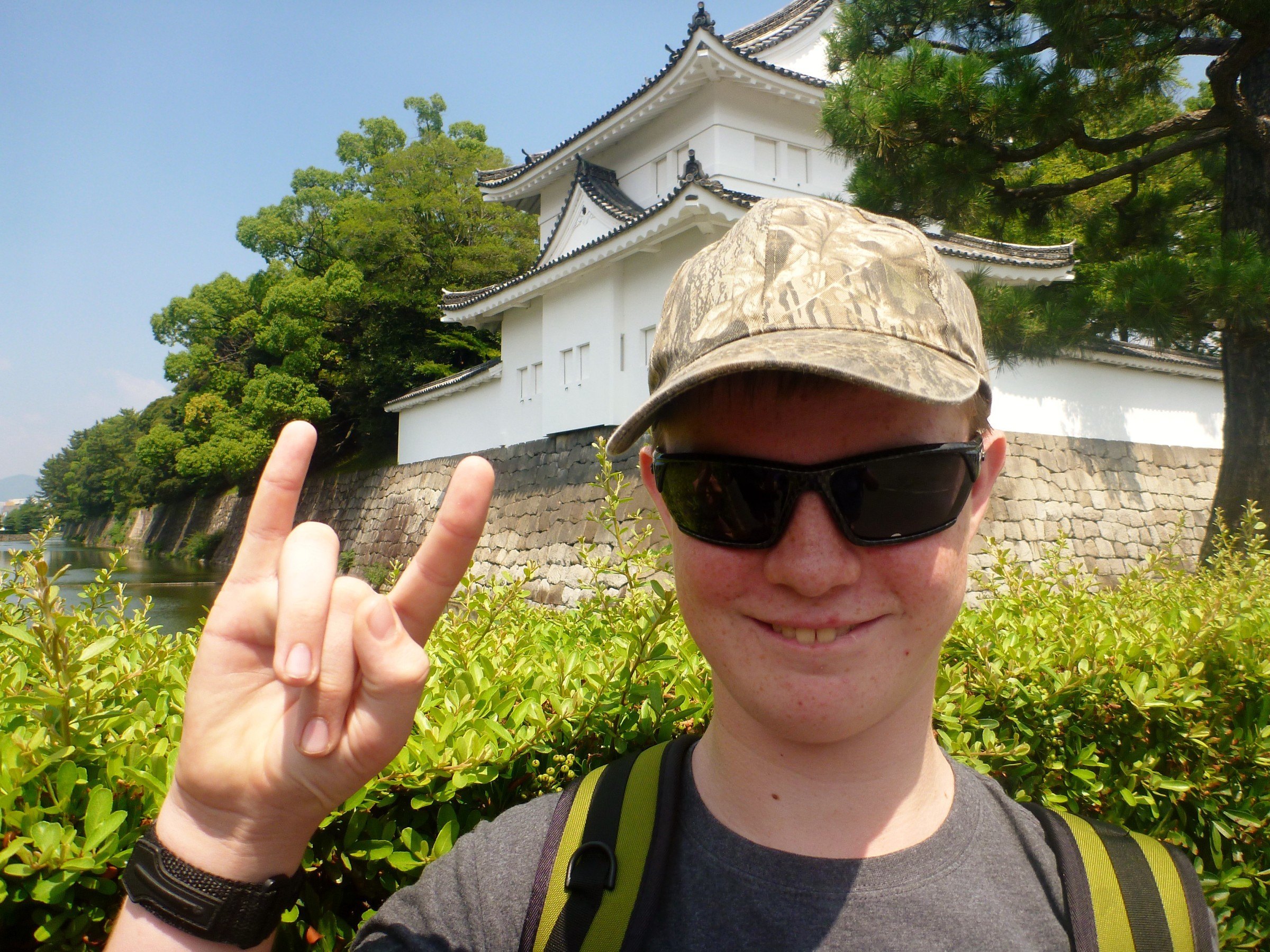 Temples, shrines and castles
There are numerous fantastic historical buildings and grounds to visit. We went to a large selection with our favourite being the Golden Pavilion, Nijo Castle, Eikan-do Temple, Fushimi Inari Shrine, Daisho-in Temple and Narita Temple. 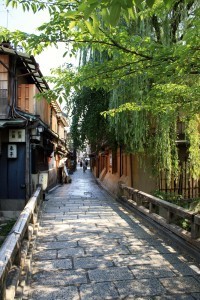 The Philosophers path in Kyoto was a great way to see a variety of different places and a beautiful walk with plenty of refreshment stops along the way. We were also amazed at the lack of crowds but perhaps because it was mid-summer. Don’t forget to take off your shoes at the entrance. 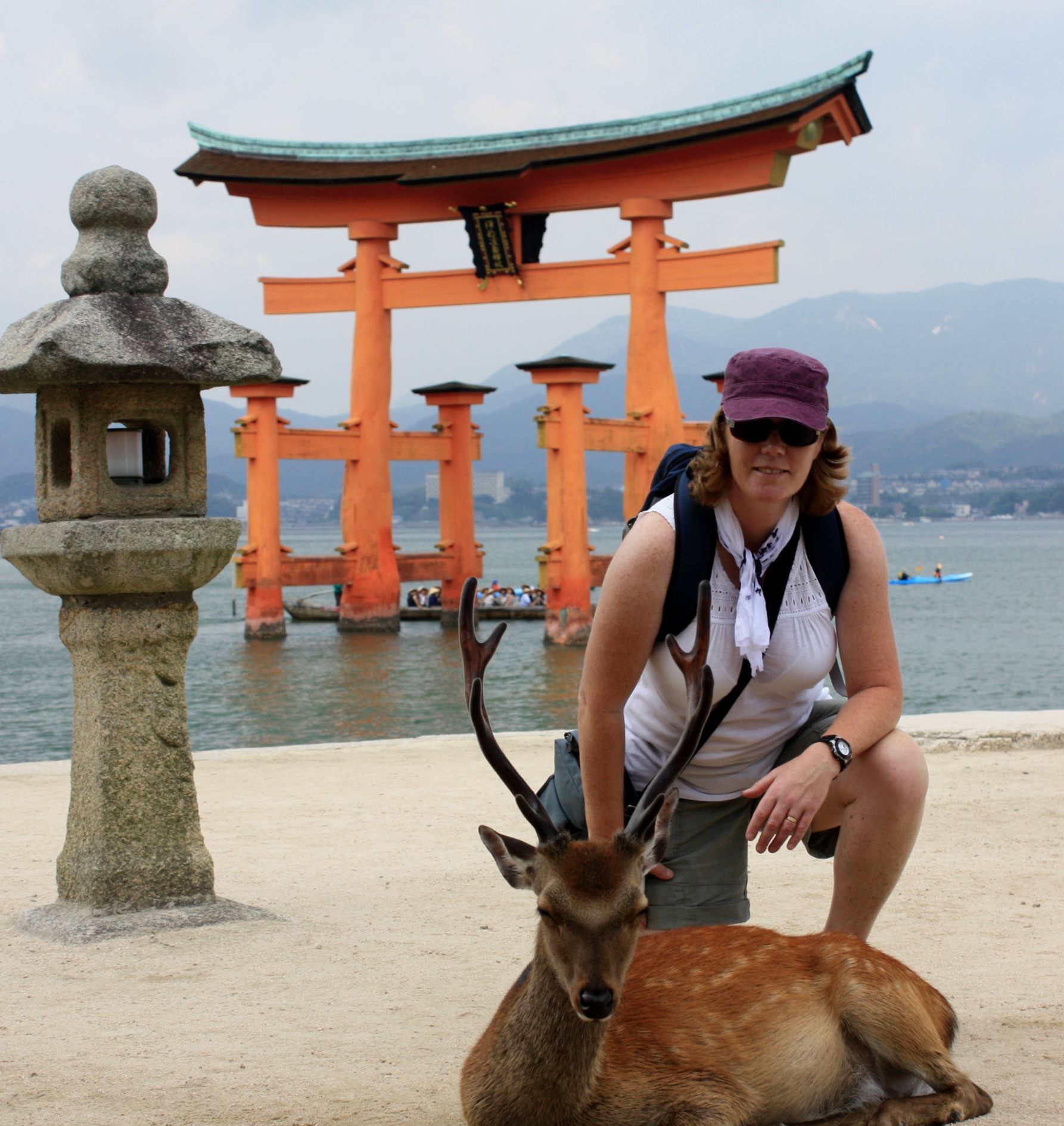 Hiroshima and Miyajima
These palces were not included in our original plans but suggested to us. Visiting ground zero at Hiroshima was a moving experience and the excellent museum gave us context and an appreciation of the devastation. We spent 2 nights on Miyajima which is a magical laid back little island with excellent temples, shrines and scenic views. As we visited in mid-summer it was very hot and humid but on the upside was that it was relatively quiet. 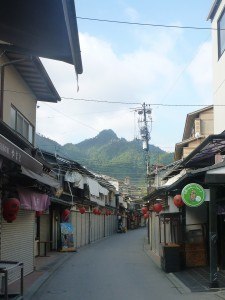 The trip up Mount Missen was great fun and the climb to the top a challenge in the heat. We stayed in the lovely Benton no Yado ryokan where we had the most amazing food and a fabulous Japanese tatami room.

Other tips
Try the Japanese toilets – Quite an experience. The toilets at the Peace Museum in Hiroshima even had a little button to press to play water sounds to cover up any embarrassing noises!

The Tokyo subway surprisingly quiet except at rush hour where it was hilarious watching commuters squash into trains. The best technique was to enter a completely packed carriage backwards, lean back and push and try not to get any extremities caught in the closing door!

Luggage forwarding – we forwarded luggage from Miyajima to Tokyo taking just small day packs for our 2 nights in Hakone. This made travelling on the buses much easier and all of the bags arrived safely in Tokyo.

Tsukiji fish market in Tokyo is well worth a trip. To guarantee a place at the tuna auctions you need to arrive very early – we had a lie in and went around the wholesale market at 9:00 and were not disappointed.

We packed light and washed clothes as we went. All of our hotels had washing machines which were cheap to use. We just took comfortable shorts and t shirts and never felt under dressed.

Don’t overlook Narita. We spent our last night there to save an early trip from central Tokyo and found it to be a charming little town with a great park and temple complex. We stayed in the very traditional and quirky Kirinoya Ryokan which we loved but may not be to everyone’s taste. Very friendly owner and superb Japanese meals.

Most people spoke reasonable English. We did learn a few basic phrases but didn’t find the language barrier much of a problem. 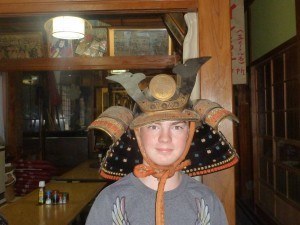 Luckily we had a few days to rest before going back to work and school as it was not a relaxing holiday. We didn’t do much in the way of shopping, arcades or theme parks but our 13 year old was never bored and had a fantastic experience of a very different culture.