Also known as "ice trees", Zao Onsen's most famous attraction - the "snow monsters" - are trees that become coated in snow and ice during the winter months. 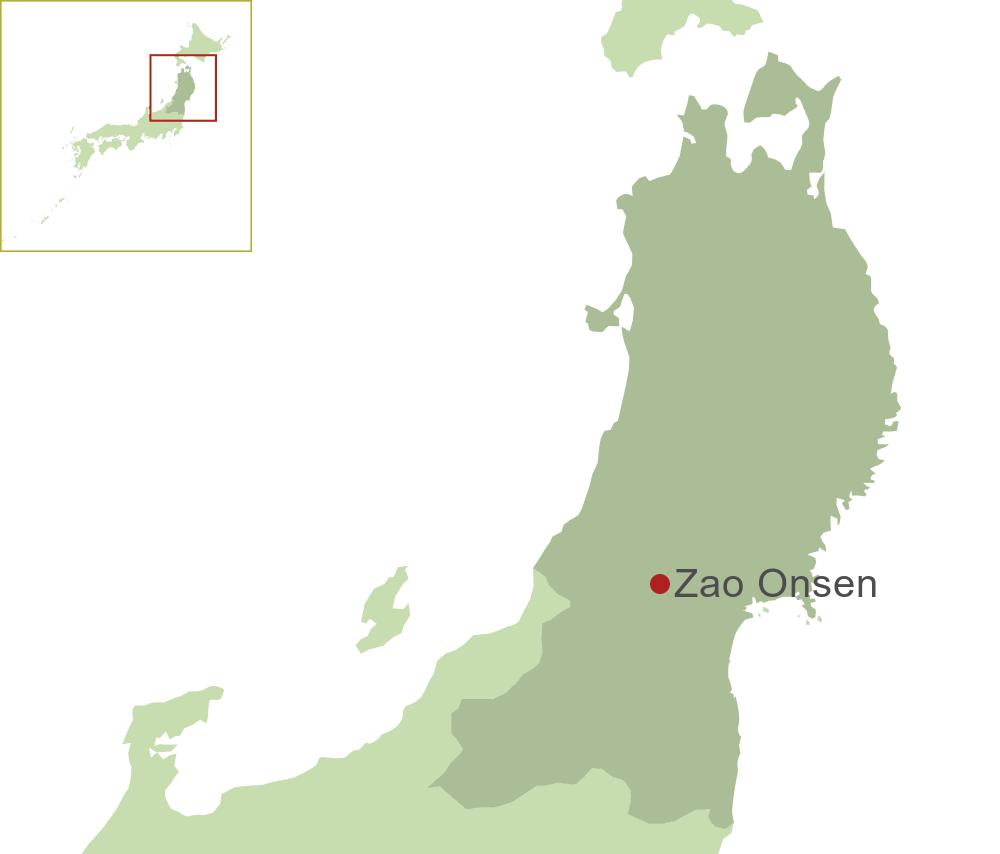 Thanks to the local combination of heavy snow and freezing winds, the trees are twisted into odd shapes - making them appear like otherworldly figures in the snow.

Zao's snow monsters are generally best seen around mid-February, by which time they have had the whole winter to build and contort. They are especially spectacular when illuminated in the evening, when we recommend viewing them while having a hot cup of sake in one of the warm cafés nearby. Whether you visit on foot or on skis, access to the snow monsters (which form at the peak of the ski resort) is by ropeway and gondola.

Besides its famous snow monsters, Zao Onsen has plenty more to offer. The Zao Onsen ski resort is one of Japan's oldest, with over 30 lifts (chairlifts, gondolas and ropeways) at 880 m, and a variety of different courses - the longest stretching a whopping 10 km! The resort is especially well-suited to beginner and intermediate skiers and boarders. The area is also an onsen hot spring resort with some of Japan's most acidic waters, so there is no shortage of warm baths in which to soothe away the aches and pains of the day!

The ski season in Zao Onsen runs from early December to early May.