Fukuoka is a laid-back, youthful, fun-loving city with good shopping, live music, a major baseball team and great restaurants. Due to its location Fukuoka is a great starting point for exploring the rest of Kyushu. 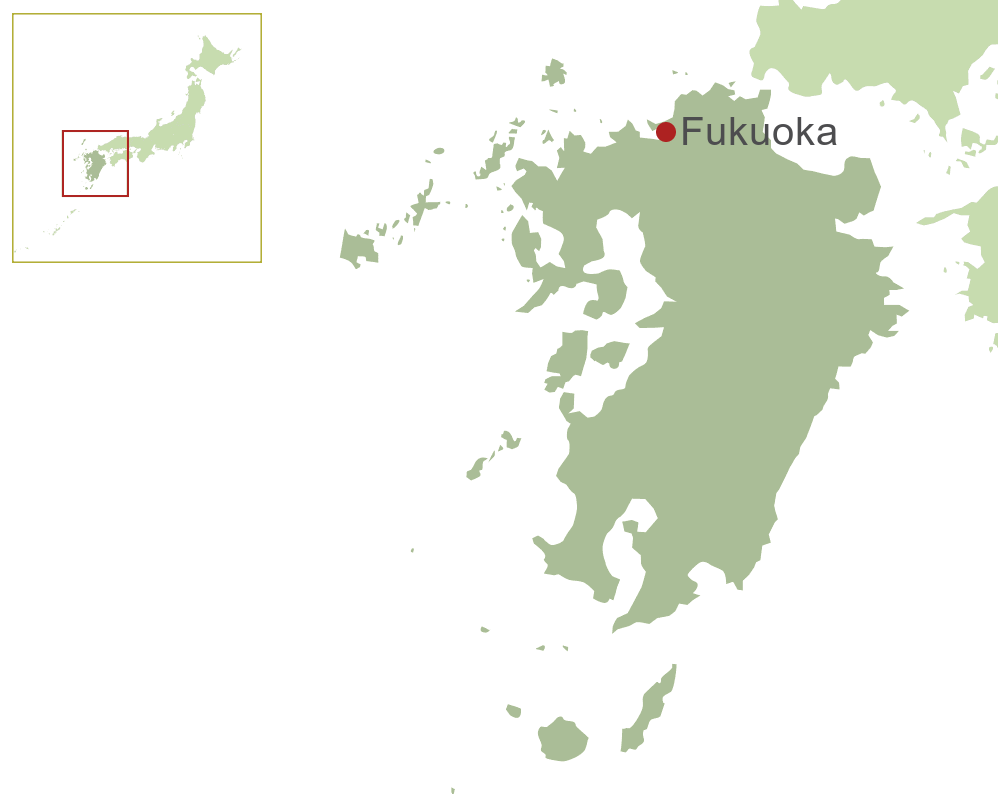 “Beginning an evening in Fukuoka with food at a bustling yatai stand is sure to be memorable. Slurping tonkotsu ramen as the city lights glittered on the water was a splendid way to kick off my first New Years Eve in Japan, and is sure to get your night off to a special start too.”

Over the past ten years Fukuoka, the biggest city on Kyushu, has transformed itself into one of the most cosmopolitan and international cities in Japan. Although it is not as big as Tokyo or Osaka, it still manages to possess the same vibrant buzz.

Because of its proximity to South Korea and the rest of eastern Asia, the city has always been an important port with an international flavour. It is thought to be where tea and Buddhism were first introduced to Japan.

Fukuoka, however, is not a place to visit for traditional Japanese culture. There are a few important temples, shrines and museums but it's the excesses of modern urban life that draw people to the city.

The downtown area of Tenjin is packed full of shops, restaurants, karaoke booths and bars and attacks all of the senses with neon lights, music, crowds of people and the smell of ramen drifting from yatai stalls.

'Yatai' are mobile food stands set up in the early evening on pedestrian walkways and cleared away by the early hours. The ones in Fukuoka are famous for selling a pork broth noodle soup known as tonkotsu ramen. The stalls are usually frequented by salary men having a few drinks with their colleagues on their way home from work.

Fukuoka is also a great place to see the Softbank Hawks baseball team play and is also a usual destination for Japanese pop concerts.

The following are our favourites from among the western-style hotels and Japanese-style inns of Fukuoka.

Fukuoka offers a wealth of exciting experiences that will help you get beneath the surface of Japan's fascinating culture. See below for a few of our favourites

The Climate Guide for Fukuoka, Japan is perfect for planning your holiday. Monthly weather averages give the best indication of what the weather is usually like for every month of the year including figures for temperature, rainfall and sunshine.