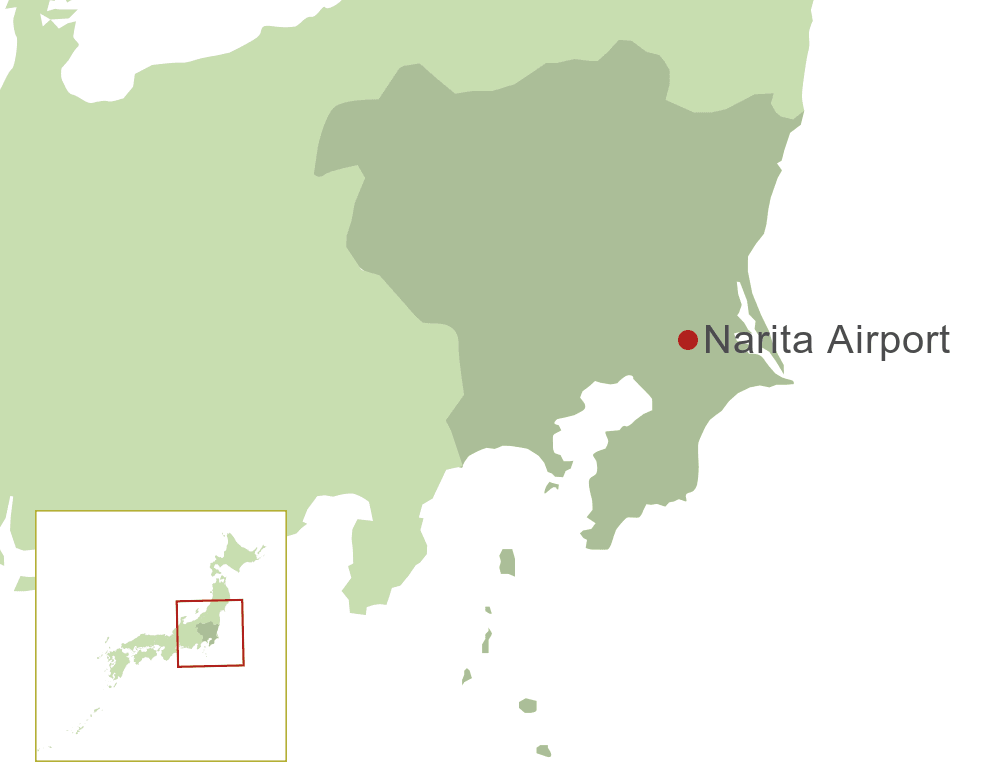 Located 57km east of central Tokyo in rural Chiba prefecture, the airport covers over 11 square kilometres of land and Terminal 1 is the 16th largest building in the world (by floor space). The airport sees on average 33 million passengers passing through its two terminals each year.

In the early 1960's Tokyo's original international airport, Haneda airport, was struggling with the demand put on Tokyo as an international gateway but, due to a lack of flat land in the city after rapid postwar growth, expansion of this airport was not thought possible. In 1962 the government proposed a new international airport to be built on farmland in Chiba, leaving Haneda to deal with only domestic traffic (which remained the case until 2013 when Haneda was thrown open again to international arrivals and departures).

It was a long road before these controversial proposals actually became the airport which most international visitors of Japan use today. There was huge opposition against the plans from local farmers, residents and the rest of Japan, who were evidently not willing to give up without a fight. The first terminal was completed in 1972 but the runway was not completed until 1978, when the airport was officially opened. Construction on the second terminal and runway started in 1986 and were not completed until 1996.

Now the airport is one of Asia's busiest hubs with excellent transport connections into the centre of Tokyo. Whether travelling by car, bus or train, the gradual transformation from fields to suburbs to metropolis is truly mesmerising and an experience in itself.

There are plans to improve the airport and its services to keep it competitive with other Asian airports. Some of these plans include extending the second runway and a new express train which when opened will make the journey into Tokyo take only 36 minutes!

The Climate Guide for Narita Airport, Japan is perfect for planning your holiday. Monthly weather averages give the best indication of what the weather is usually like for every month of the year including figures for temperature, rainfall and sunshine.