Although relatively unheard of by most foreigners, in a country known for its volcanic activity and where one of the favourite cultural past-times is onsen (hot spring) bathing, Kusatsu is perhaps Japan's most famous onsen town. 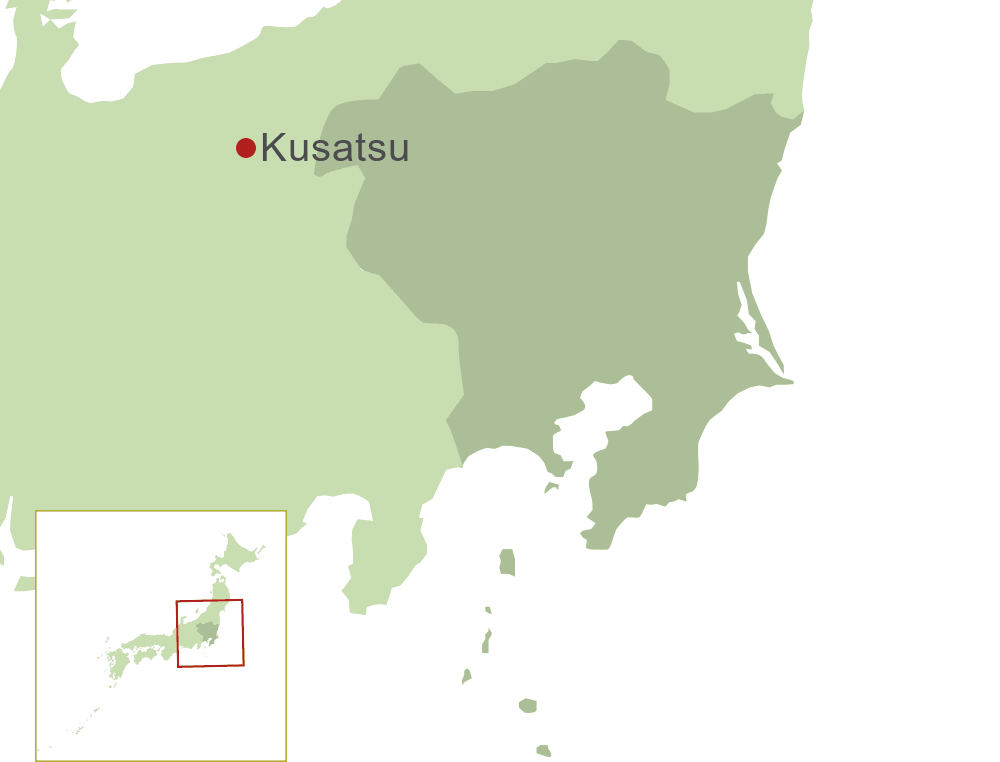 “In my opinion, if you are looking for a taste of Japan, then this is where you will find it. A rural town deep in the mountains of Gunma, onsen (hot spring bath), good Japanese food at the ryokan, friendly people and stunning scenery”

The journey to Kusatsu is an adventure in itself. As you leave the outlying suburbs of Tokyo and break into the Japanese countryside your train will wind alongside the picturesque Agatsuma Canyon deep in the mountains of rural Gunma Prefecture: In spring lush green forest; in autumn resplendent with vivid reds and golds of the Japanese maple; in winter deep in snow. As you pass the mighty Mt. Asama volcano, you will head 1200 metres up the slopes of Mt. Shirane: And here you will find Kusatsu Onsen town.

The town is built up around the Yubatake (hot water field) which gushes 5000 litres a minute of hot spring water making it the largest single natural source in Japan. As a result there are many public and private hot spring all over the town, some indoor and some out door but all very relaxing.

A stay in Kusatsu will probably include one of the town's traditional ryokan which will no doubt have its own onsen bath. You have not really experienced Kusatsu until you have donned your Japanese yukata and wooden geta as the Japanese do to take a stroll around the town sampling various hot spring houses dotted around and perhaps sampling a cup of sake along the way.

The surrounding scenery is also quite special. Out of the ski season, when the snow has melted the top of Mt. Shirane resembles a moonscape contrasted by three crater lakes one of which is a glistening emerald green colour. A short hike away lies the Yoshigadaira Wetlands providing lush green landscape and flora during the hotter summer months. Of course this being Kusatsu, after your hike you can relax your aching limbs by soaking in one of the many theraputic onsen baths that make the area the envy of Japan.

The following are our favourites from among the western-style hotels and Japanese-style inns of Kusatsu.

Kusatsu offers a wealth of exciting experiences that will help you get beneath the surface of Japan's fascinating culture. See below for a few of our favourites

The Climate Guide for Kusatsu, Japan is perfect for planning your holiday. Monthly weather averages give the best indication of what the weather is usually like for every month of the year including figures for temperature, rainfall and sunshine.