Lake Chuzenji was created around 20,000 years ago after the eruption of Mount Nantai. Today the shores are still relatively underdeveloped apart from a cluster of ryokan and souvenir shops around the hot springs on the eastern end of the lake. 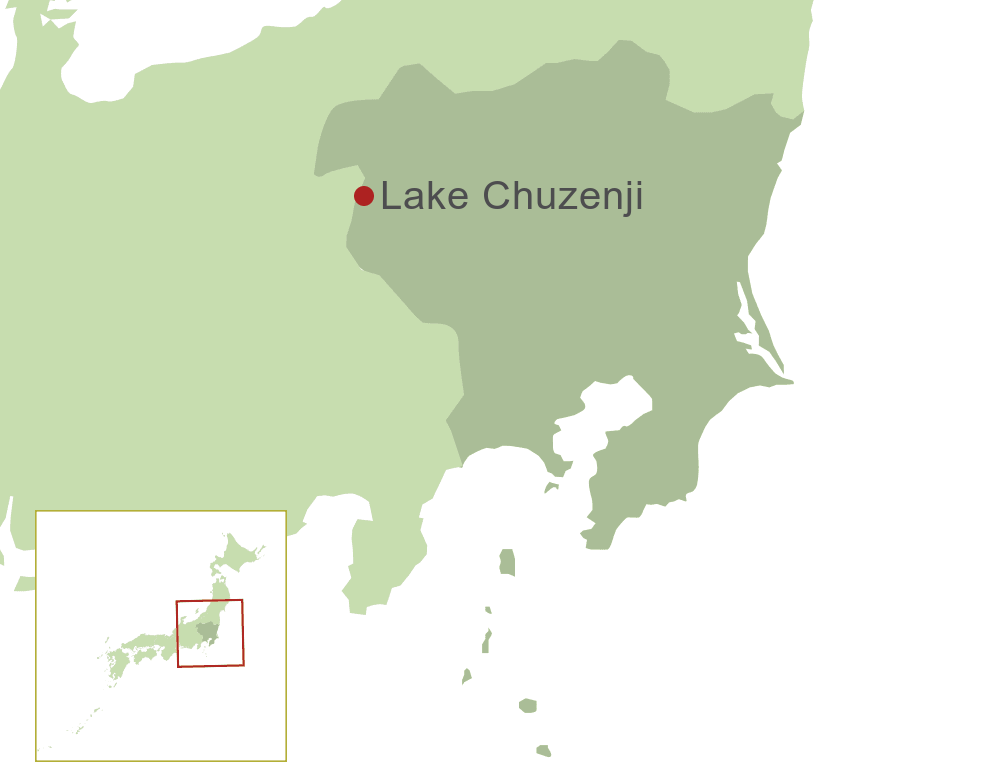 “After visiting the temples of Nikko, make time to explore Lake Chuzenji and its gorgeous waterfalls.”

Lake Chuzenji is part of Nikko National Park, and around the lake edge there's lots to explore including Senjogahara Marshland. There are several spectacular waterfalls including Ryuzu 'dragon head' Falls which brings water from the Yukawa River into the lake. Other on the other side of the lake by Chuznejiko Onsen town is the 100m Kegon Falls. This is the only exit point for water from the lake, a spectacular site best viewed from an elevator down the mountain side.

Nikko National Park is famous across Japan for its spectacular autumn colours which draw huge crowds from Tokyo in October. In Summer the lake plateau's high elevation (1,269m above sea level) makes a nice cool escape from the humidity. It's possible to hike the 25km around the lake edge, or enjoy the views from the water on one of the sightseeing boats that depart from Chuzenjiko Onsen.

The following are our favourites from among the western-style hotels and Japanese-style inns of Lake Chuzenji.

The Climate Guide for Lake Chuzenji, Japan is perfect for planning your holiday. Monthly weather averages give the best indication of what the weather is usually like for every month of the year including figures for temperature, rainfall and sunshine.