Japan is open to tourists! Find out how to visit.
Hiroshima

You will see literally tens of thousands of folded origami cranes at the memorial to Sadako, a young girl who died of Leukimia as a result of radiation exposure. Be sure to read her moving story.

Western Honshu's largest city needs little introduction. The name Hiroshima has become synonymous with the atomic bomb attack that ended WWII, and millions of visitors flock to the city every year to pay their respects. 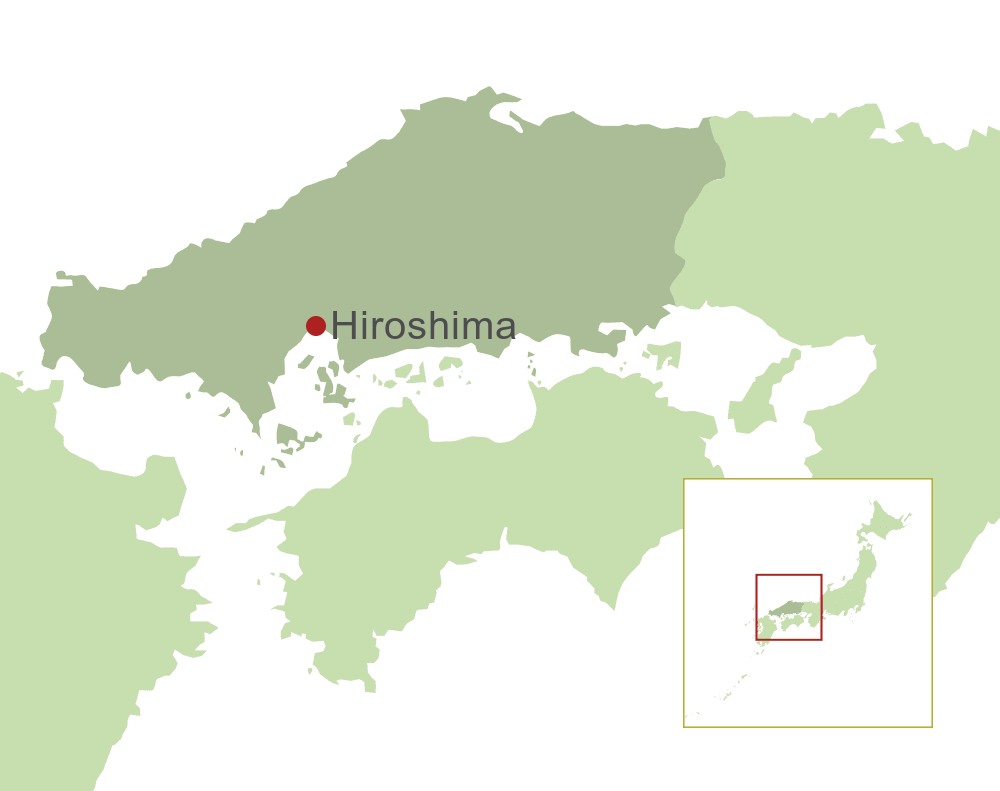 “A poignant reminder of the barbarities of war and the resilience of the human spirit; Hiroshima is now a city brighter and more vibrant than ever.”

On the 6th of August 1945, Hiroshima felt the devastating effects of the world's first atomic bomb, wiping out everything within a two-kilometre radius almost instantly. Some 70,000 buildings were destroyed, and by the end of the year, 140,000 people had succumbed to its horrifying effects.

Nowadays, short of the remaining memorial of the A-Bomb Dome and the thousands of colourful peace cranes scattered across the city, you would be hard pushed to imagine the destruction once wrought. The modern city is a thriving community, with an international outlook not often found in Japan. The downtown area is filled with places to shop, eat, and otherwise enjoy oneself, and visitors soon discover there is much more to Hiroshima than its sombre history.

For one thing, locals are rightly proud of their signature dish, okonomiyaki, a sort of noodle-based pancake with an array of delicious toppings. It is one of the most popular foods in Japan - not to mention one of the cheapest - and you will find a vast number of okonomiyaki restaurants across Hiroshima.  We highly recommend a visit to Okonomi Mura, where every restaurant serves the city's speciality! Other Hiroshima delicacies include oysters and maple-leaf pastries, the latter of which are considered the quintessential Hiroshima souvenir.

As well as the Peace Park, a visit to Hiroshima should include a stop at the city's castle (reconstructed in the late 1950s after the original was decimated by the bomb), and a stroll around nearby Shukkei-en Garden; compact and beautifully landscaped. Adjacent to the garden is the impressive Museum of Art, boasting works by Monet, Renoir, Munch and Van Gogh, as well as notable modern Japanese artists. If you're in town when the home baseball team (the Tokyo Carp) are playing, it's well worth catching a game, as these local underdogs really get the crowd going!

Whilst staying in Hiroshima, don't miss the stunning World Heritage island of Miyajima, just 15 minutes' ferry ride across the bay. With a peaceful atmosphere, some ancient shrines, and one of Japan's most iconic views, it makes the perfect contrast to the bustle of the city.

The following are our favourites from among the western-style hotels and Japanese-style inns of Hiroshima.

Hiroshima offers a wealth of exciting experiences that will help you get beneath the surface of Japan's fascinating culture. See below for a few of our favourites

The Climate Guide for Hiroshima, Japan is perfect for planning your holiday. Monthly weather averages give the best indication of what the weather is usually like for every month of the year including figures for temperature, rainfall and sunshine.