Located at the far end of Nagoya's Meitetsu subway line, Toyota is of course most famous for being the home of the world's leading car manufacturer. However, modern day factories and urban development obscure a rich and significant history and a vibrant local culture and sense of community 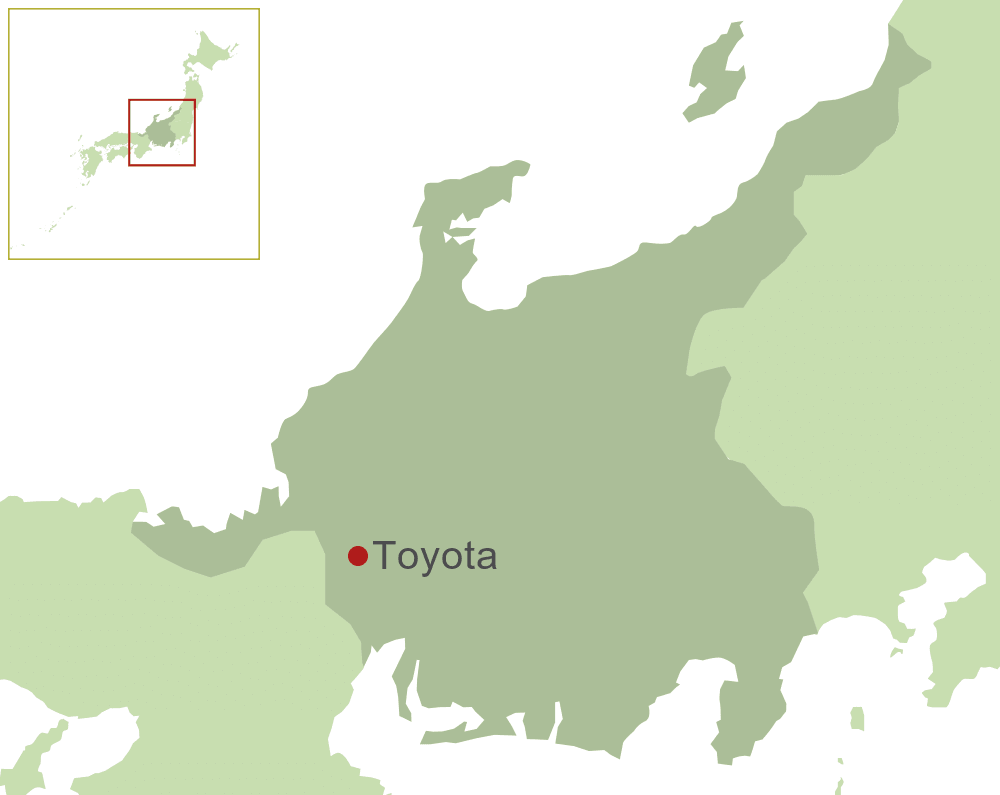 “Toyota was my home for nearly three years and in that time I became very fond of Japan's own motor city. The factory tour is a fascinating look at just what it is that makes Japan the world's leading manufacturer of automobiles”

Toyota was originally known as Koromo, a thriving merchant town in the Mikawa region whose wealth was built on cultivation of silkworms and production of silk. Until the beginning of the Meiji Era the town also provided an important staging post on the route between the capital Kyoto and Edo.

The rapid decline of Koromo's fortunes were brought on by the US stock market crash of 1929 and the depression which followed. It was at this time that following a visit to the Ford car plan in the US, Kiihciro Toyoda decided to move Toyoda corporation, at that time a manufacturer of automatic looms, into automobile manufacture. He needed a large amount of land to establish the factories and Koromo provided the perfect location. In 1937 the Koromo Plan was opened with full scale production beginning the following year. The city changed its name from Koromo to Toyota in 1959 and now has a population of 350,000, some 25 times the 1930 levels.

Toyota is very much a motor city with 80% of work force being employed by Toyota or their suppliers. However, the city has flourished as a centre for the arts with the Toyota Museum of Modern Art being considered one of the finest in the country. The impressive Toyota Stadium also regularly plays host to Grampus 8 J-league games although the city were extremely disappointed to miss out on hosting a game during the 2002 FIFA World Cup.

Toyota also has some fantastic festivals, both big and small. The annual Oiden Matsuri (last weekend in July) is a modern extravaganza of dance and song with an extraordinary firework display to close proceedings on the Sunday night. Koromo Matsuri on the other hand, is Toyota's traditional festival held on the third weekend in October and focused around Koromo Shrine in the heart of the city.

In the past year Toyota has fallen on hard times with the city bearing the brunt of job losses as Toyota Motor Corporation makes stringent cut backs to cope with the collapse of demand since financial crisis engulfed the world towards the end of 2008. However, in the long term optimism still exists for the company as they look to rapidly increase production of the Prius hybrid vehicle and R&D continues apace on new generation vehicles for a more environmentally concerned future.

Overall Toyota provides an interesting look at Japanese life outside of the major cities and if you time your visit to coincide with one of the two major festivals you are sure to have a great time and make some new friends along the way.

Toyota offers a wealth of exciting experiences that will help you get beneath the surface of Japan's fascinating culture. See below for a few of our favourites

The Climate Guide for Toyota, Japan is perfect for planning your holiday. Monthly weather averages give the best indication of what the weather is usually like for every month of the year including figures for temperature, rainfall and sunshine.