Oft abused and the butt of many a joke, Nagoya is in actual fact one of Japan's most pleasant and enjoyable cities to visit. Nagoya is at the heart of a region that shaped the course of Japanese history forever and continues to have a powerful influence on Japanese culture and the economy today. 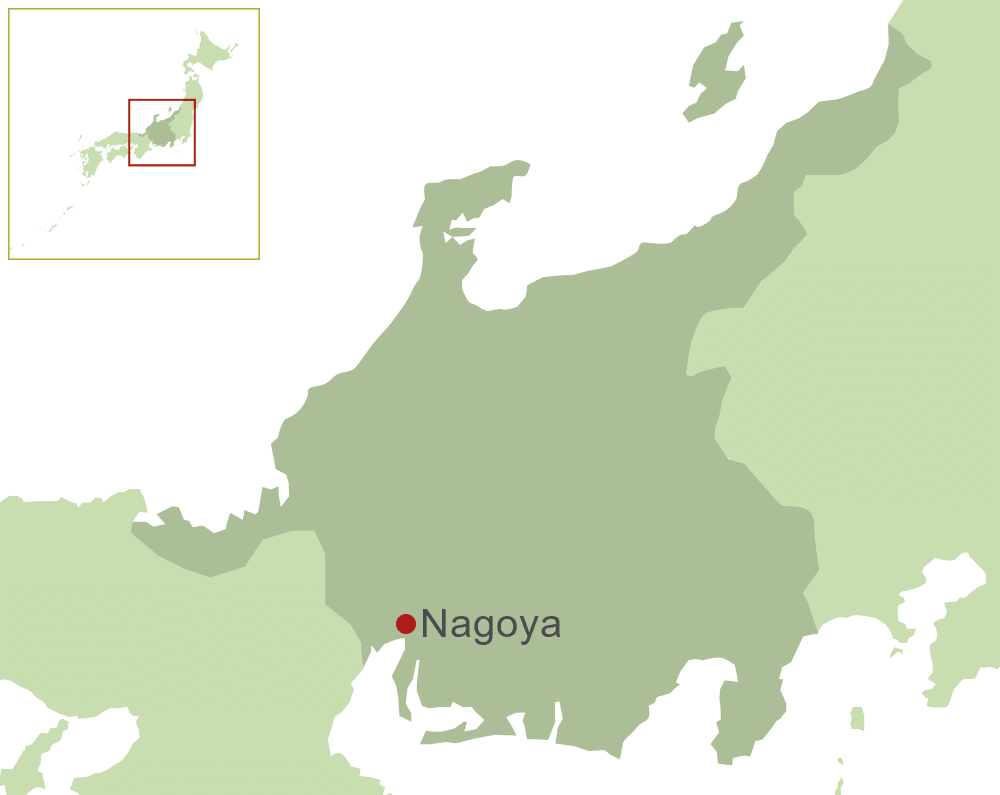 Oft abused and the butt of many a joke, Nagoya is rarely afforded more than a couple of pages in guide books, perhaps due to its almost total destruction at the end of WW2. Yet this is a city that has played a pivotal role in the development of the Japan you will find today and offers a great deal for visitors willing to give it a chance.

The history of Nagoya dates back to the 12th Century when the manor area was known as Nagono. The Chinese characters for Nagono could also be read Nagoya and this it what was later adopted as the name of the city.

Nagoya's most famous son is Tokugawa Ieyasu, who in 1603 after a series of bloody encounters, defeated his rivals (those loyal to the former shogun Toyotomi Hideyoshi, who also hailed from Nagoya) at the battle of Sekigahara, to become ruler of all Japan. The establishment of Tokugawa rule in 1603 ushered in a period of unprecedented economic prosperity and peace in Japan and Nagoya citizens continue to be proud of the achievements of the Tokugawa. In 1610 Ieyasu ordered the building of Nagoya Castle as a strategic stronghold for his son. At the same time all residents of the surrounding Kiyosu area were ordered to move to the area around the castle and thus were planted the seeds for Nagoya to become a thriving castle town.

Nagoya became a city in 1889. At this time the Nagoya Power Company was incorporated and 9 years later Nagoya became the second city in Japan  (after Kyoto ) to introduce electric streetcars. Nagoya continues this trend today as a major industrial centre with some of Japan most powerful companies (Toyota, MUFJ Bank, Toho Gas) being based here. Nagoya port is also carries a large amount of freight each year.

Sightseeing
As a tourist destination Nagoya has a lot to offer. For those interested in industrial city Toyota have three major museums, a splendid automobile museum (a must see for car enthusiasts), a museum of technology and innovation and an exhibition hall in Toyota City itself where visitors can witness the latest products being developed.

For those more interested in samurai history, the Tokugawa Museum provides a wealth of in-depth information and fascinating exhibits on the most famous of Nagoya families.

Osu-kannon in the heart of the city is a bustling area with a splendid temple at its heart along side some seemingly endless covered arcades ? one of the most interesting shopping areas in Japan.

Nagoya plays host to the annual summer sumo tournament and this is always a good time to visit as the presence of the wrestlers always creates something of a buzz about town. Nagoya festival held in mid-October is also a fantastic time to be in the city especially for the colourful parade through the city centre with the three heroes of Nagoya - Oda Nobunaga, Toyotomi Hideyoshi and Tokugawa Ieyasu at the head of 700 retainers. Quite a dramatic sight!

Nagoya also offers many excellent day trip options with the castle at Inuyama, Meiji Mura and Nagashima Spa-land just three of the options.

With some of the best shopping in Japan, a friendly cosmopolitan atmosphere and fabulous food Nagoya makes for a fantastic stop on any Japan itinerary. Don't just pass through here on the Shinkansen ? stop a couple of nights and discover a little of the joys Nagoya has to offer!

The following are our favourites from among the western-style hotels and Japanese-style inns of Nagoya.

Nagoya offers a wealth of exciting experiences that will help you get beneath the surface of Japan's fascinating culture. See below for a few of our favourites

The Climate Guide for Nagoya, Japan is perfect for planning your holiday. Monthly weather averages give the best indication of what the weather is usually like for every month of the year including figures for temperature, rainfall and sunshine.