The tiny hamlets of Shirakawago are a must-see destination for anyone in search of the heart of traditional Japan. 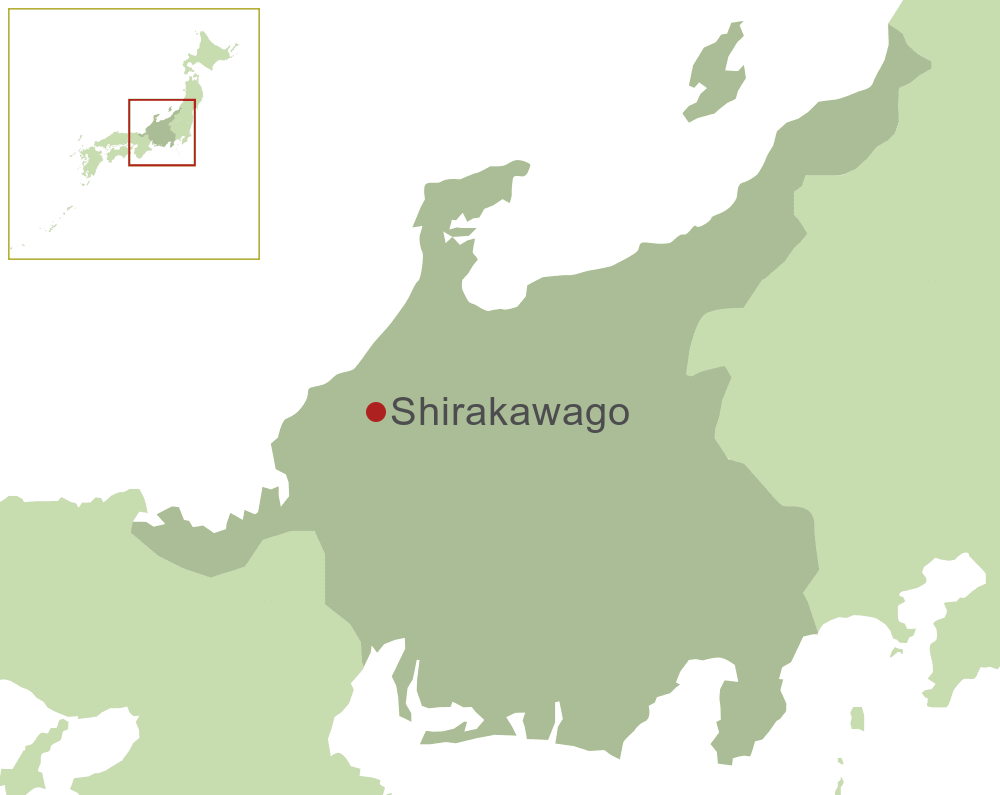 “Japan's historical past is vividly brought to life in Shirakawago. Among rows of exquisitely maintained thatched houses, with a backdrop of beautiful forests, the locals seem unaware of their position in the world's most technologically advanced country.”

The once inaccessible town of Shirakawago is now one of the most visited sights in Japan. Hidden deep in the pine-covered mountains of Hakusan National Park, Shirakawago was once a refuge for the persecuted.  With techniques developed over generations, the villagers designed unique gassho-zukuri buildings: farmhouses, barns and sheds with steeply pitched, thatched roofs designed to withstand the heavy winter snowfall.

Gassho-zukuri literally means "like praying hands", as the tall triangular roofs are said to resemble the hands of Buddhist monks pressed together in worship.  We think they look more like open books standing on their sides neatly lined up across the valley.

Historically, extended families of 20-30 people lived in these four-storey buildings and made a living producing silk, with silk worms cultivated in the attic. The houses were constructed without nails and were aligned on the same axis to maximise light and ventilation from the strong north-south wind.

The village has been included on the UNESCO World Heritage list since 1995, and most of the surviving farmhouses are still lived-in. About 22 of them now serve as minshuku (traditional Japanese accommodation).

Most visitors bus in and out of Shirakawago for the day. However, the best way to truly experience this magical place is to spend the night in one of the farmhouses that are now run as minshuku by local families. The accommodation is pretty basic with shared facilities, but guest numbers are small and the hearty food cooked over a traditional irori hearth gives a sense of being connected to hundreds of years of tradition.

Shirakawago looks particularly picturesque in the winter snow, when it appears to transform into a fairytale landscape of gingerbread houses. On selected dates in January and February (usually Saturdays and Sundays), the local hamlet of Ogimachi is tastefully illuminated, creating a beautiful evening spectacle when surveyed from the Shiroyama Viewpoint.

The following are our favourites from among the western-style hotels and Japanese-style inns of Shirakawago.

Shirakawago offers a wealth of exciting experiences that will help you get beneath the surface of Japan's fascinating culture. See below for a few of our favourites

The Climate Guide for Shirakawago, Japan is perfect for planning your holiday. Monthly weather averages give the best indication of what the weather is usually like for every month of the year including figures for temperature, rainfall and sunshine.