Renowned for its snow festival and summer beer gardens, its relaxed atmosphere, green parks, and tree-lined boulevards, Sapporo is a modern Japanese city quite unlike any other. 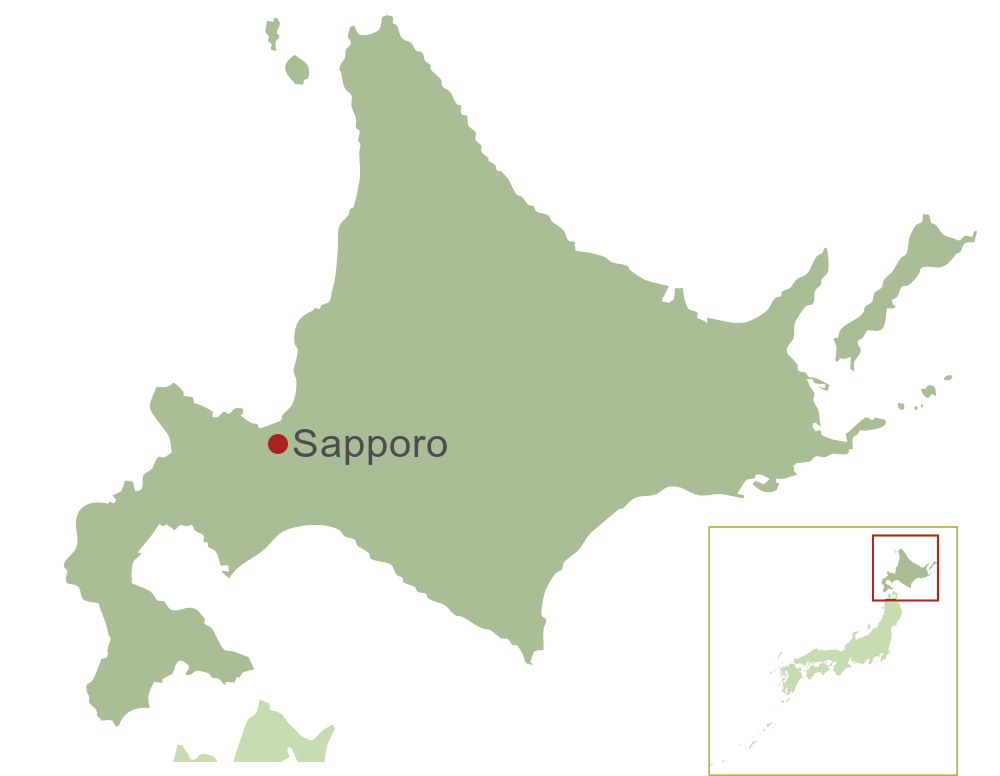 “Despite living in Sapporo for a year I only really explored Maruyama Park near the end of my time there. As well as hosting Hokkaido Shrine and being a great place for Cherry Blossom in May, there is a great view over the city from the top of Mount Maruyama itself.”

The capital of Hokkaido, Japan's northernmost island, Sapporo started life as a frontier town some 130 years ago. Now, despite a population that has grown to some 1.8 million people, it still manages to operate at a level of bustle well below that of Tokyo or Osaka. Add excellent local cuisine, great nightlife and easy access to nearby national parks and mountains and you have the perfect place to begin your exploration of Hokkaido.

Prior to the establishment of the city, the area occupied by Sapporo (known as the Ishikari Plain) was a quiet hunting and fishing ground home to a number of indigenous Ainu settlements. In 1866, at the end of the Edo Period, construction began on a canal through the area, encouraging a number of early settlers to establish the village, which officially became a city in 1868. Sapporo was carefully developed in an expanding grid-like construction much like the American system, and with a consistent flow of migration from mainland Honshu the population expanded.

Thanks to this grid layout, Sapporo is relatively easy to navigate. Bang in the centre of town is the TV Tower, and from here the belt-like, green oasis of Odori Park runs all along the length of the main street. In summer, the park becomes a vast beer garden - while in winter it is the stage for what is perhaps Japan's most impressive festival: the Yuki Matsuri (snow festival). Every year in February, the city is overrun with gargantuan snow and ice sculptures, intricately carved and often towering over 20 metres above the ground. This is the most popular time of year to visit Sapporo, so make sure you plan well in advance if you want to catch the spectacle - you'll be glad you did!

Just to the north of Odori Park are Hokkaido University's botanical gardens, which retain some of the virgin forest that stood in the area before Hokkaido was built. There is also a museum here dedicated to the Ainu, Hokkaido's indigenous population, which provides a fascinating but poignant insight into a beleaguered people who have only recently begun to reclaim their culture and celebrate their heritage.

To the east of the city centre is Maruyama Park, and the eponymous Mount Maruyama. Fantastic views of the city can be enjoyed from the peak (after a climb of around 40 minutes), and the park itself makes a great place to stop for a picnic.

The following are our favourites from among the western-style hotels and Japanese-style inns of Sapporo.

Sapporo offers a wealth of exciting experiences that will help you get beneath the surface of Japan's fascinating culture. See below for a few of our favourites

The Climate Guide for Sapporo, Japan is perfect for planning your holiday. Monthly weather averages give the best indication of what the weather is usually like for every month of the year including figures for temperature, rainfall and sunshine.