Skip to content
Thank you for signing up!
Subscribe to our Newsletter
HOME » Home » Supercars: An alternative way to see Tokyo

Former Tokyo resident James sees a different side of the capital behind the wheel of the world’s finest supercars. 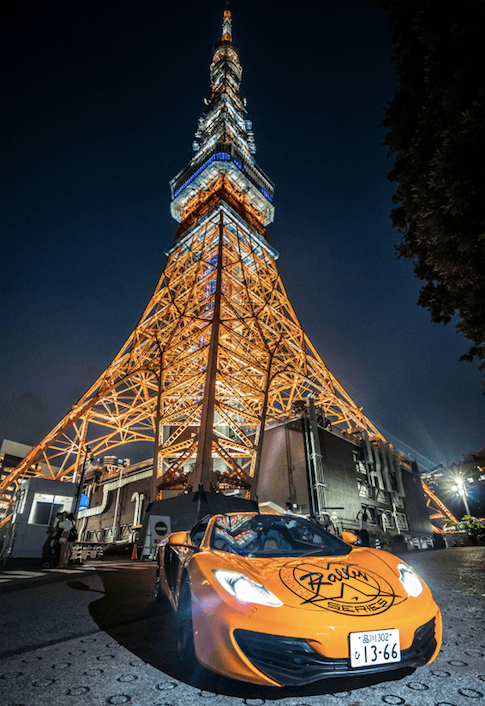 Having lived, walked, cycled and taken the train all over Tokyo, it’s safe to say I know it pretty well, so when I embark on an evening with Tokyo Supercars I have no expectations.

Armed with my International Drivers Permit, I meet my host Stephen, a British long-term Tokyo resident and broker by trade. There must be more than a few clichés about ‘City Boys’ and fancy cars, but this very nice chap is taking it to a different level. The sight of his Ferrari, McLaren, Porsche and Lamborghini would make anyone tingle with excitement, but a driving experience and city tour behind the wheel of one of his prized collection?

After flashing my International Drivers Permit and signing a waiver, Stephen says, “we’re going to drive the McLaren first and the Ferrari second”. “Cool”, I reply, hands clamming up at the thought of being let loose on this expensive machine. I climb into the yellow beast and after brief instruction, take the handbrake off and pull away into the neon-lit Tokyo night. 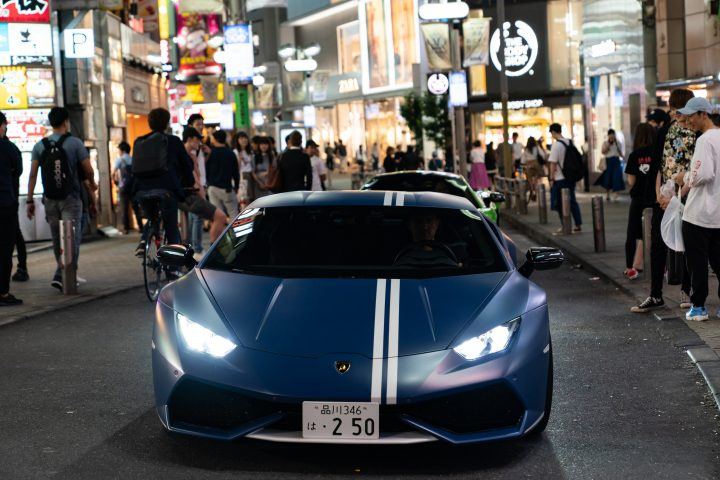 As my confidence builds, I switch from automatic to paddle gears, listening to the engine for a signal… and reminding myself of the speed limit. Pulling out of the city onto the raised expressway is when the magic happens. As stunning views of the city, past the glowing Tokyo Tower then the ‘Rainbow Bridge’ across Tokyo Bay to Odaiba, unfold before me, I’m in danger of forgetting I’m driving a car worth hundreds of thousands of pounds. With so many lights against the night sky, the surrounding skyscrapers look even more impressive than usual, but as I am in control of a McLaren (which I soon found can quickly can exceed the speed limit), I don’t spend too long gazing up! 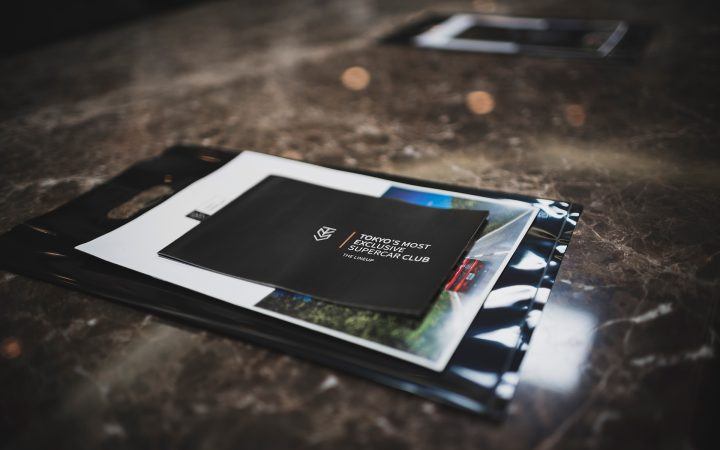 Once we reach Odaiba, we stop the engine, take a few pictures and change cars. This time it’s the red Ferrari’s turn. I’m not a ‘petrol head’ but it’s impossible not to get a bit excited at the sight of the black horse on yellow badge. The engine growls as I tap the accelerator and we take off back over the bridge, once again in awe (and desperately wanting to take pictures) of Tokyo’s cityscape. Heading back to the expressway via a tunnel, Stephen encourages me to ‘let rip’ in first gear to appreciate the power of the engine. As the Ferrari roars, I can’t help the huge grin on my face.

Driving into the city, we return to Shibuya and I stop at traffic lights in Roppongi, feeling quite popular as people take photos of me… I mean, the car, as it purrs at the lights. ‘This would never happen at home in my Fiat Bravo’, I think. What an incredible experience – Tokyo like I have never seen it before, in a car like nothing I have never (or perhaps will ever) have chance to drive again.

See yourself driving through Tokyo in style? Take a look at our Tokyo supercar night driving experience, or contact our team to find out more.