Following the path of the old Tokaido Road, the Golden Route will take you from the hustle and bustle of Tokyo to Kyoto, Japan's ancient capital and the true cultural heart of the country. With the hot springs of Hakone in between, this itinerary is a perfect introductory taste of Japan. Read more >

Home to 35 million people, Tokyo is one of the world's largest urban centres. Yet alongside the throngs of commuters at Shinjuku Station and the glaring, neon signs of Akihabara's electronics stores, the city has more to tranquillity to offer than the first-time visitor might expect.

Based in Tokyo's premier accommodation, you will be perfectly placed to get to know the many faces that Tokyo has to offer.

Leaving the metropolis behind, you will be whisked away to fill your lungs with mountain air in Hakone National Park, with its steaming volcanoes and picturesque Lake Ashi presided over by the iconic (but notoriously shy) Mount Fuji.

After sweeping down the coast on the world famous Shinkansen bullet train you will glide into Kyoto, a modern city with a thoroughly traditional heart. Despite its contemporary façade, this city offers a window to the majesty of old Imperial Japan and is the epicentre of Japanese history and culture.

Venturing into the traditional districts you will discover cultural treasures at every turn, and during a private audience with a maiko (apprentice geisha) you will be offered a privileged look into one of the world's most secretive communities.

Combining world-class super-deluxe hotels, Japan's most luxurious traditional ryokan inns, first class travel and exclusive cultural experiences - the Golden Route is sure to be a trip to remember. 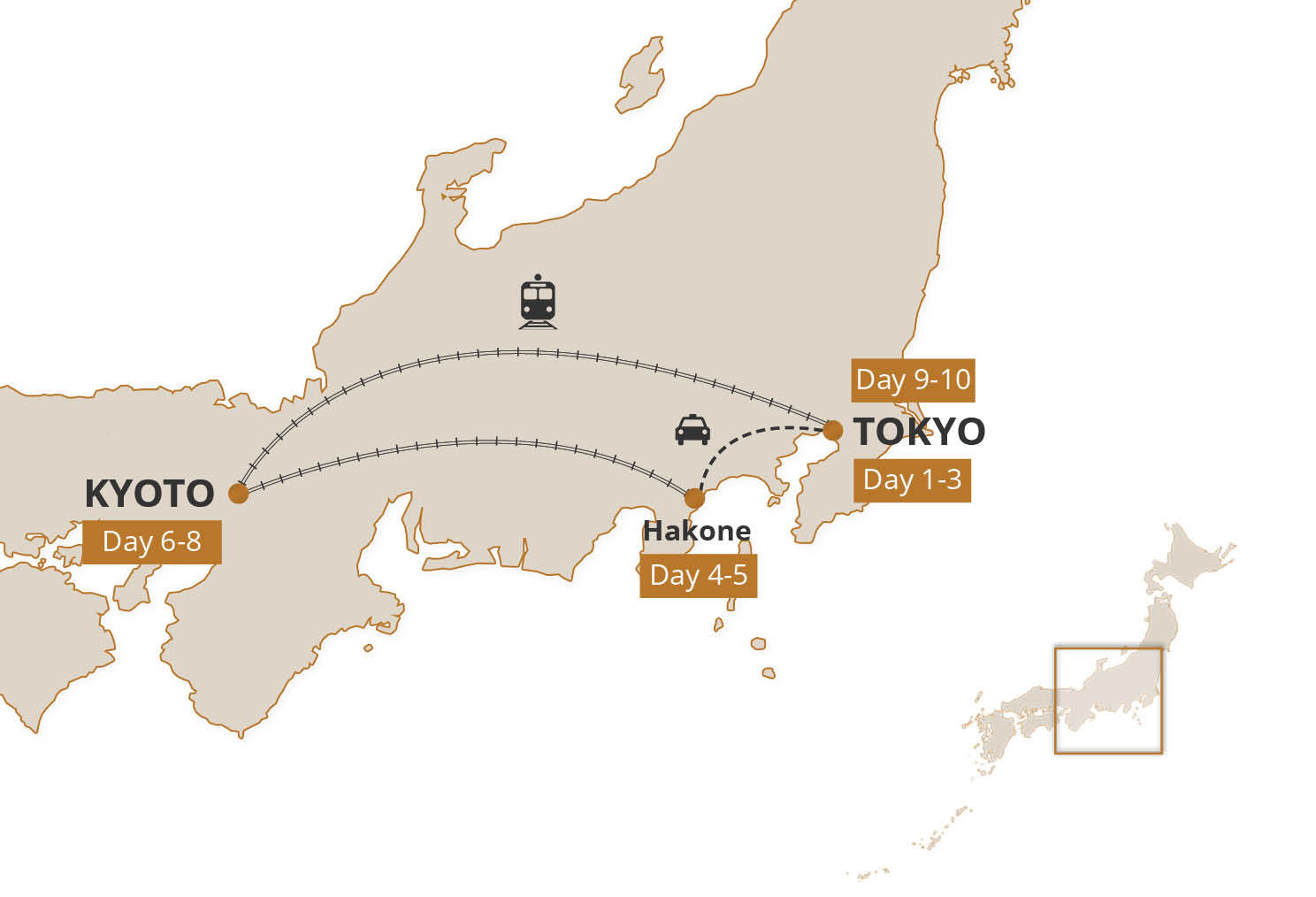 (12 month average based on 3 reviews)

(12 month average based on 3 reviews)

4.7 out of 5 from 3 reviews Show all Golden Route Reviews