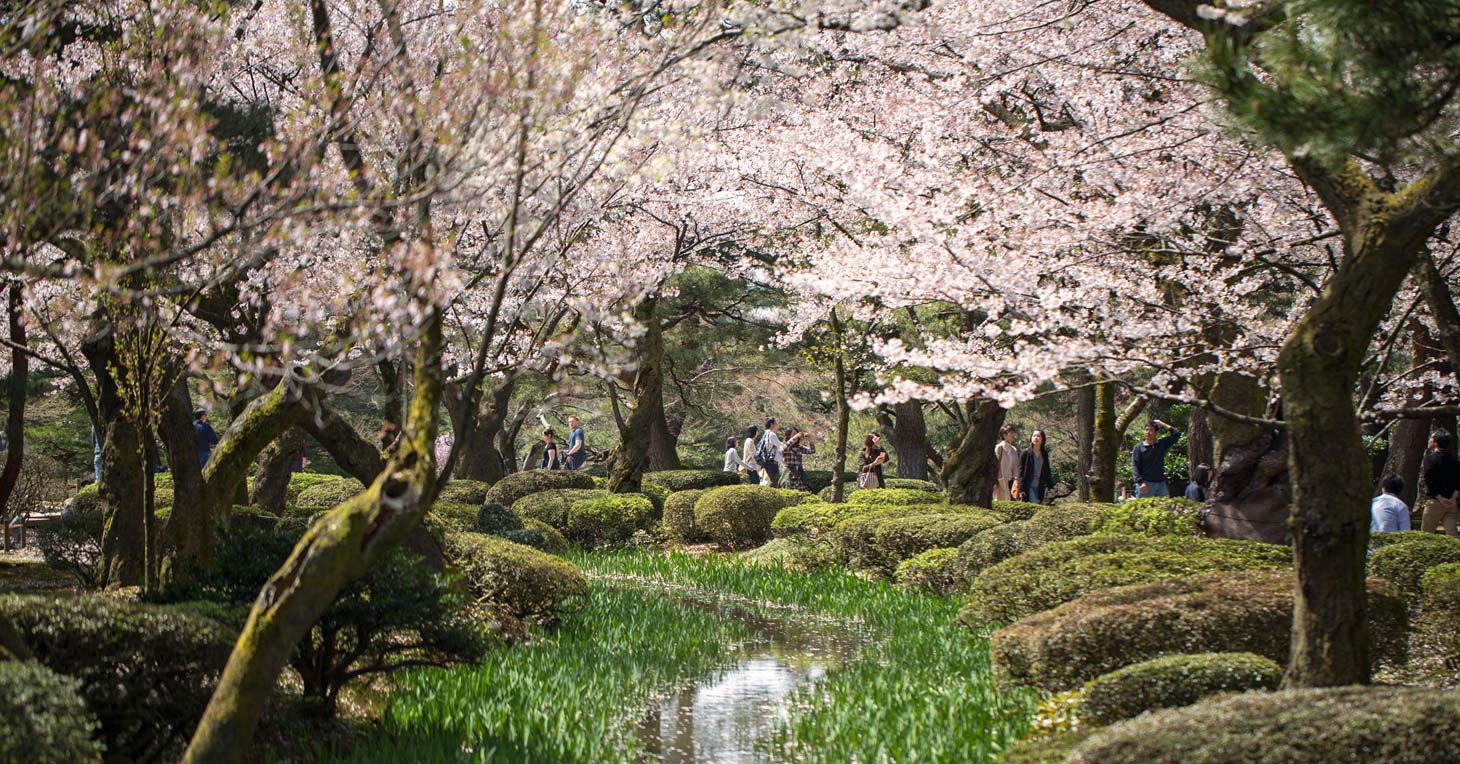 For thousands of years, sakura (cherry blossom) has been the unofficial national flower of Japan. Each year, when the trees turn various shades of pink, the Japanese grab their picnic baskets and rush to the parks to take photos, drink saké and relax under the branches, in a custom known as hanami (seeing flowers). The cherry blossom also strikes a deep chord in the Japanese psyche; in the days of the samurai, sakura represented the short life of a warrior, often cut off in his prime. Today, the Japanese still see sakura as a reminder of the power of nature, the changing of seasons, and the fact that life could be all too short.

No longer alone in their admiration of the cherry blossom, the Japanese are now joined by thousands of visitors every year, keen to see the delicate and fragrant flowers in a medley of pinks, creams and whites. But how do you make the most of the cherry blossom? InsideJapan Tours has some tips?

On 4 February, the Japan Weather Association released its first cherry blossom forecast, predicting the blossom this year will arrive towards the end of March, and could still be around in May. Following this, InsideJapan Tours has created an interactive 'Japan Blossom' infographic - the first of its kind - to predict when and where in Japan the blossom will be at its best. Scroll through the months and watch the map of Japan light up, detailing the cherry blossom cycle - from buds to full bloom. Although Mother Nature is never fully reliable, the infographic uses the average blossom dates from the last 10 years - a pretty good indicator for those planning their trips in 2015 and beyond.

Tokyo and Kyoto are well-known as wonderful destinations to view the cherry blossom, and with good reason. Situated in the southern half of Japan, they are the first to welcome the flowers and Kyoto is renowned for its weeping-willow blossom trees, a truly spectacular sight. But, if you are willing to leave the road well-travelled, there are many other wonderful sakura alternatives in Japan. Hokkaido (Japan's northernmost island) and Tohoku (the northern part of Honshu main island) welcome the cherry blossom approximately a month after the regions surrounding Tokyo and Kyoto, and also boast some impressive hanami spots. The northerly cities in Tohoku are likely to see the cherry blossom in full bloom from mid-to-late April. Similarly, in Sapporo (Hokkaido's capital city) expect the blossom to emerge at the beginning of May, with the optimum viewing time around 7 to 14 May.

Travelling to - and around - Japan in the midst of the cherry blossom season is rewarding, but busy. So why not chase a different type of blossom instead? Ume (plum blossom) has played an important role in Japanese culture for many centuries. Associated with the start of spring - because the flowers are some of the first to open during the year - the event is celebrated with Ume Matsuri (plum festivals) in public parks, shrines and temples across the country. Although the temperature is cooler in Japan at this time of year, with the flowers first emerging in early March, flights are often cheaper, and the major tourist sites, such as Kyoto, are empty compared with the cherry blossom season.

Although Japanese cherry blossom is a beautiful sight to behold, it is not the only spectacle to enjoy. Why not travel in the autumn for a different natural attraction: leaf peeping? Towards the end of September, koyo (colourful leaves) begins to creep down the length of Japan - from north to south - and the leaves on various trees, such as the maple and gingko, plus vines, shrubs and even grasses, turn a fiery array of reds, oranges and yellows. The autumn leaves usually last for two weeks in any given spot, moving south gradually, before finishing in Tokyo and Kyoto in early December.