Naha is the capital city of Okinawa and is located on the Southwest coast of the subtropical island.The port, located just outside the city, has long been an point of international trade which has resulted in Naha having a true international flavour. 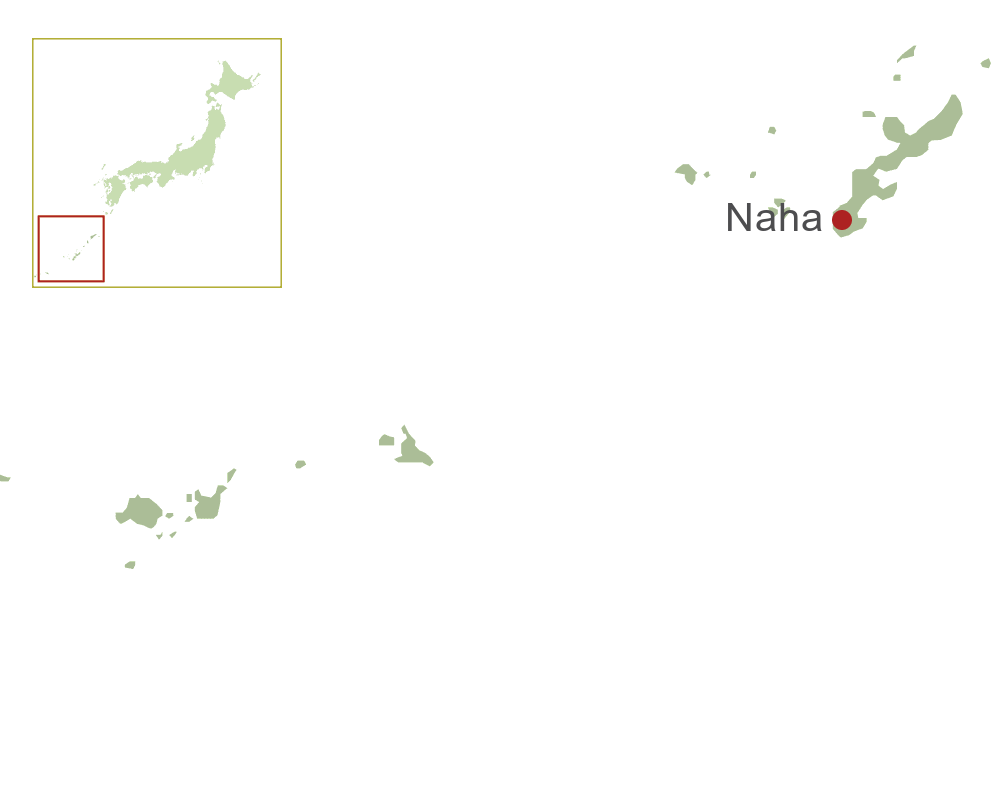 “With its unique Ryukyu culture, Naha offers a very different view of Japan as well as great nightlife. Great for day trips and also as a place to stop off for a couple of nights on the way to the beach”

The city revolves around Kokusai Dori (International Street) which is lined with department stores, souvenir shops, movie theatres, restaurants and cafes. Just off this street is Makishi Market where fresh fish, meat and produce is sold.

Whilst there are foreign influences, Naha still manages to maintain the unique aspects of Okinawan culture. There are many shops selling traditional Okinawan textiles and the Tsuboya pottery district has some fine examples of Okinawan ceramics including the famous Shisa figures, mythical creatures which are used to guard dwellings on the island.

Until Okinawa was made a prefecture of Japan in 1879, Naha's Shuri Castle was the administrative and symbolic centre of the Ryukyu Kingdom. Sadly the castle burned down in a blaze in October 2019. Built sometime in the 13th or 14th century, it had been one of Okinawa's most iconic landmarks, showcasing distinctive, traditional Ryukyuan architectural style. It was also completely destroyed in the Battle of Okinawa in 1945 and was later reconstructed. We hope the castle can be rebuilt a second time.

Naha is a truly fascinating city with a mix of cultures and an interesting history and can keep you occupied for days. With an airport, port and other transport links it is also a great base to explore the rest of Okinawa and its surrounding islands.

The Climate Guide for Naha, Japan is perfect for planning your holiday. Monthly weather averages give the best indication of what the weather is usually like for every month of the year including figures for temperature, rainfall and sunshine.