To mark the fifth anniversary of the 2011 earthquake and tsunami that devastated Japan's northern region, we're taking a look back at the disaster, its aftermath, and the future of Tohoku - one of the country's most beautiful and fascinating regions.

To mark the fifth anniversary of the 2011 earthquake and tsunami that devastated Japan's northern region, we're taking a look back at the disaster, its aftermath, and the future of Tohoku - one of the country's most beautiful and fascinating regions. 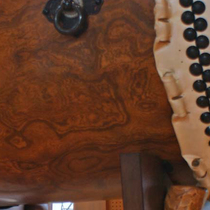 The 2011 earthquake: Five years on

Five years ago, on March 11th 2011, a massive earthquake measuring 9.0 on the magnitude scale struck 70 kilometres off the coast of Japan’s Tohoku region. It was the strongest earthquake ever to hit Japan, and the ensuing tsunami wreaked destruction on the eastern coast, wiping entire towns off the map and claiming the lives of over 15,000 people.

To mark five years since the disaster, we’ll be looking back at the events of March 2011, the ensuing recovery efforts, and the ongoing issues that continue to affect the region today. Below you’ll find personal accounts from members of staff who experienced the disaster first-hand, stories from those who visited the tsunami coast to help out in the aftermath, our impressions of the Tohoku region today, a thorough look at the Fukushima Nuclear Disaster and what the future holds for the region.

Above all, however, we want to celebrate beautiful Tohoku: a remote and little-known region packed with stunning national parks, some of the country’s best festivals, mountaintop temple communities, quaint hot spring villages, beautifully preserved feudal towns, and ancient World Heritage Sites. Tohoku will never forget what happened to it in 2011, but let this be the beginning of a golden age for the north.

If you would like to lend your help to the tens of thousands of people still affected by the earthquake and tsunami, we are currently raising money for Second Harvest Japan, a charity that provides food and support to survivors. Amongst other fundraising activities, 12 of us will be running the Bath Half Marathon! Click here to donate.