Skip to content
Thank you for signing up!
Subscribe to our Newsletter
HOME » Blog » Unmissable classic experiences in Japan

We don’t like to talk about “must-dos”, but there are some only-in-Japan experiences that we find ourselves recommending again and again. Some of them are well-known and well-loved; others are a little more unexpected. Today, it’s all about the classics.

We won’t be getting any marks for originality here, but the reason these experiences are so popular is that you just can’t beat them. Are they a little clichéed? Perhaps, but are they also authentic, enlightening, and bloody good fun? Absolutely and completely.

Get a crash course in the culinary arts

Why? Cooking lessons in Japan aren’t just about making and eating delicious food (though that’s a given). They’re about understanding Japanese food culture — learning about seasonality, familiarising yourself with the many different styles of cuisine, and getting to pick the brain of a knowledgeable local about how to hold your chopsticks properly or which regional specialities to try. Take one at the beginning of your trip and it’ll take some of the fear factor out of Japan’s famously finicky etiquette — and you’ll enjoy every meal that little bit more. 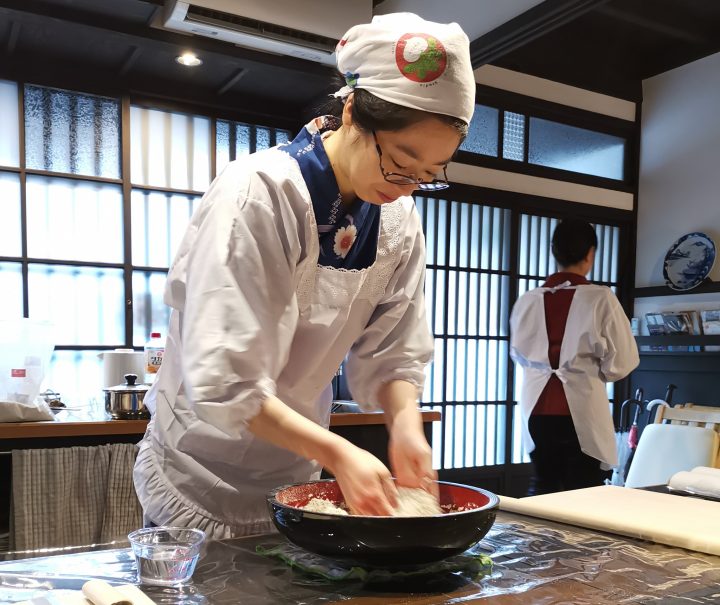 Where? One of our favourite cooking classes is in Kanazawa, where you’ll learn to make some classic Japanese dishes under the guidance of the inimitable Moe and Chikako — two of the warmest and most enthusiastic people we know. Another of our favourites is in Takayama, where you’ll get to go to the market, pick out your ingredients, and then chef up a delicious local, seasonal lunch.

Take your first steps on the way of tea

Why? The tea ceremony isn’t just a ritual, it’s a meditation on life. Developed and refined over centuries, it’s intrinsically linked to Japanese concepts of aesthetics, spirituality, nature, the seasons (actually, pretty much everything). Learning not just how it is performed by why — why a certain utensil is used in a certain season; why each movement must be performed just so — will help you understand the respect and consideration that is so deeply ingrained in every aspect of traditional Japanese culture. Trust the Japanese to turn the simple act of making a cuppa into an art form. Get beyond sightseeing on a guided walking tour

Why? There’s no better way to get under the skin of a place quickly than with a walking tour. It all comes down to the guide. A great guide won’t just recite dates, they’ll bring history to life with local stories. They’ll take you to places that don’t feature in Lonely Planet and let you in on tips and tricks that only a local would know. Anybody can “see the sights”, but our walking tours are about the stuff in between — that amazing little museum, that weird local custom, that delicious ramen joint that only seats five people. Our experts are there to unlock those doors for you and help you understand what it’s really like to live in Japan. 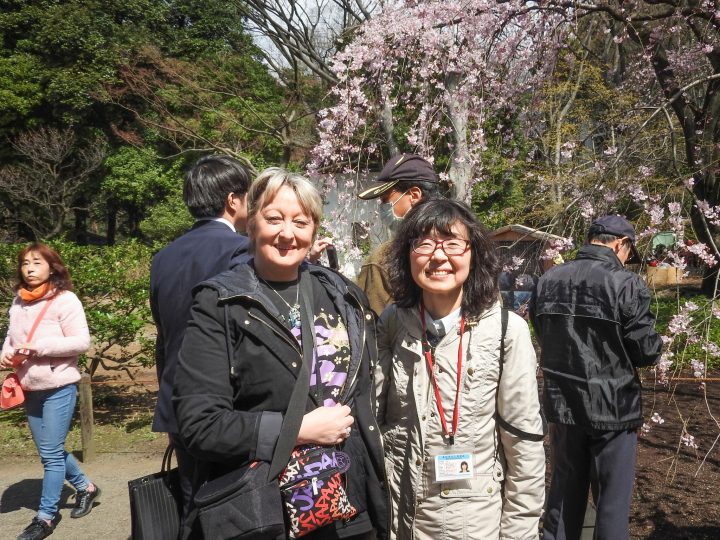 Where? We have so many favourite walking tours, it’s hard to pick just a couple! We particularly love discovering local haunts on a street-food tour of Osaka, exploring Gion with the granddaughter of a Kyoto geisha, and learning about local crafts and cuisine on a walking tour of Takayama — but those are just for starters.

Why? At first glance, martial arts are the polar opposite to the grace and tranquillity of tea ceremony — but the two have more in common than you might think. Japanese martial arts are not about brute strength, they’re about improving oneself spiritually by imbuing movement with meaning. Much like a tea ceremony, each one is infused with a particular philosophy, and every motion is carefully considered. Plus, join in a class and you’ll get to dress up in awesome traditional gear and wave a sword around, which is just good fun whichever way you slice it. 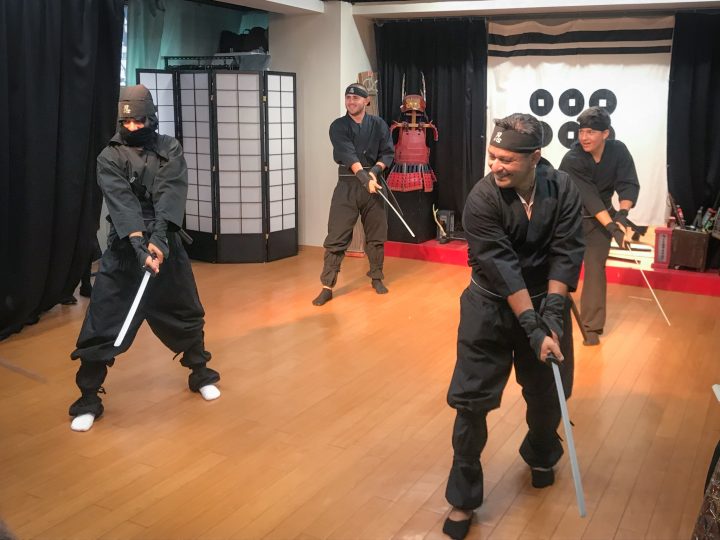 Sumo wrestling isn’t technically a martial art, but it is governed by strict rules and rituals based in Shintoism. Even outside the ring, wrestlers must dress in traditional clothing, wear their hair a certain way, and respect a strict traditional hierarchy. Sumo tournaments are a big deal in Japan, and attending one is a thrilling way to join in a national pastime, unlike anything we have in the West.

Where? Japan has a rich array of martial arts to sample, including iaido (swordsmanship), karate, judo, kendo (bamboo sword fighting), and kyudo (archery). Kembu (sword dancing) isn’t strictly a martial art but was once practised by samurai, and there are even classes where you can learn a few tricks of the ninja trade.

Sumo tournaments are held in different parts of Japan at specific times of the year, but outside of those times, it’s possible to visit a sumo “stable” to see the goliaths in training.

Forget what you think you know about museums

Why? Sometimes, visiting museums can feel a bit like the holiday equivalent of eating your greens. You know you should, but do you really have to? But Japan is where tradition meets the future head-on, and its cutting-edge cultural museums aren’t a chore but a treat. There’s a museum where you can enter the world of Studio Ghibli films, and one where you can design your own pot noodle. There’s one where you can tour a car factory and see new technologies in development. There’s even the world’s first digital art museum, where you can immerse yourself in an ever-changing sensory landscape. 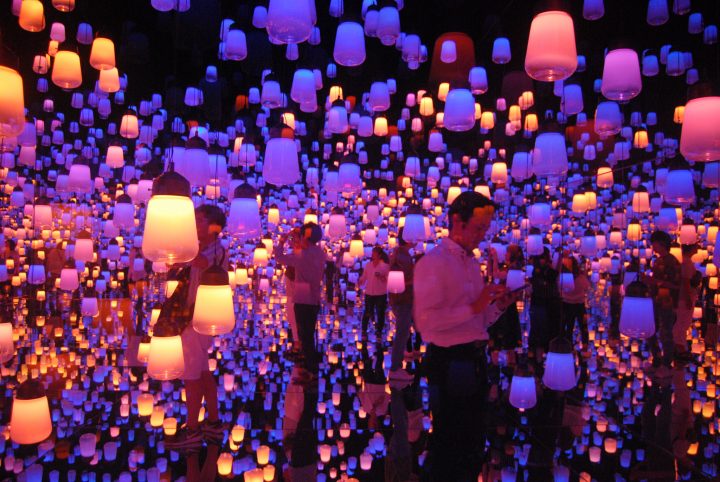 Where? When it comes to art, we love Kanazawa’s 21st Century Museum of Contemporary Art, the Adachi Museum in Matsue, and the many world-class galleries on Naoshima Island (including the Chichu Museum and Benesse House). The Museum of Emerging Science and Innovation (Miraikan) in Tokyo is superb for tech-heads, Borderless Tokyo is where to go for digital art, Nagoya’s Toyota factory is where you can tour the plant, and Hakone’s Open-Air Museum is easily one of the best sculpture parks in the world. 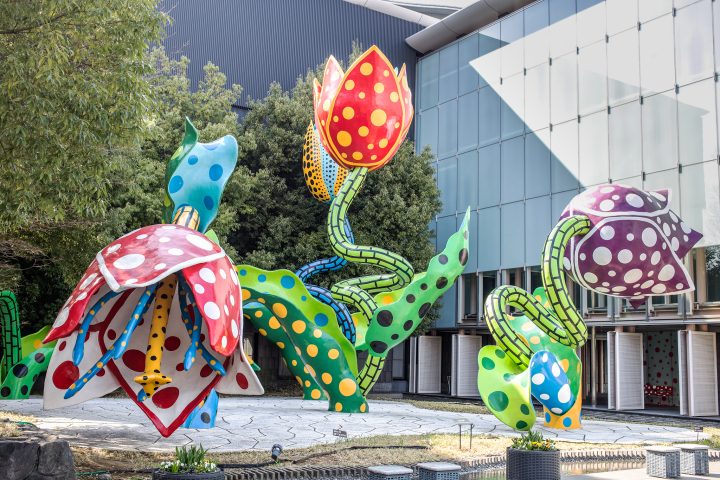