Skip to content
Thank you for signing up!
Subscribe to our Newsletter
HOME » Blog » Travel to Japan in November

Do we really need an excuse to travel to Japan in November? Just look at those trees! Look at that landscape! Believe it or not though, there are plenty of reasons, other than that patchwork landscape, to visit during fall.

Travel to Japan in November 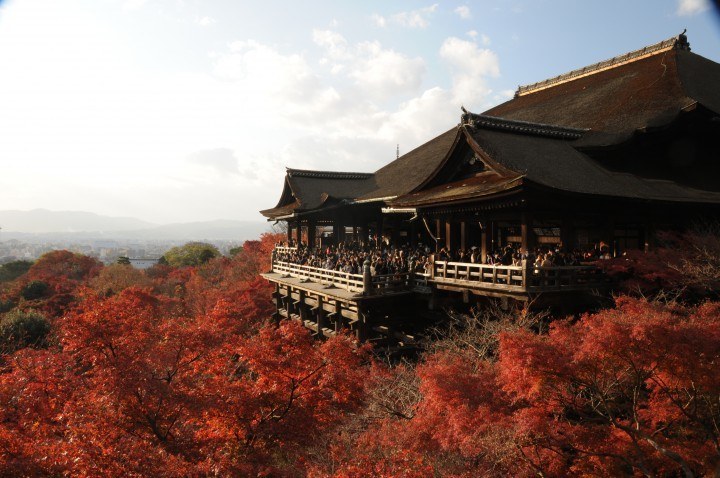 It goes without saying that Japan’s landscape is incredibly beautiful during autumn. The leaves change up in Hokkaido before making their way down the country, so if you’ve got your heart set on seeing fall at its finest, use our guide to Japan’s autumn leaves by month.

Hiroshima and Miyajima are at their best in early-mid November; take some snaps of Miyajima’s famous torii gate, then head to Momijidani Park (fondly known as ‘Maple Valley’) to see the 200 odd maple trees. To swap skyscrapers for a spot of leaf peeping in Tokyo, visit the city’s tranquil gardens such as Rikugien or Koishikawa Korakuen, or head to Gingko Avenue to see rows of luminous yellow gingko trees standing to attention.

For idyllic escapes away from the city, nearby Nikko is full of thick patchwork forests, and the maples bloom around Lake Kawaguchiko at Fuji Five Lakes. If you’re very lucky, you might spot Mount Fuji too! Koyo in Kyoto arrives towards the end of November – arrive at the Tsutenkyo Bridge first thing in the morning to beat the crowds.

Geisha are synonymous with Japanese culture, and their elegant kimono, elaborate hair ornaments and gentle performances hark back to another time. With fewer geisha year on year, watching their dances and shamisen performances is something very special indeed.

Travel to the Gion district of Kyoto in the first week of November to see Gion Odori, a rare opportunity to watch them perform. The theme of the autumn dance festival changes year on year, but always reflects changing seasons. It goes without saying that these performances are extremely popular – book well in advance. 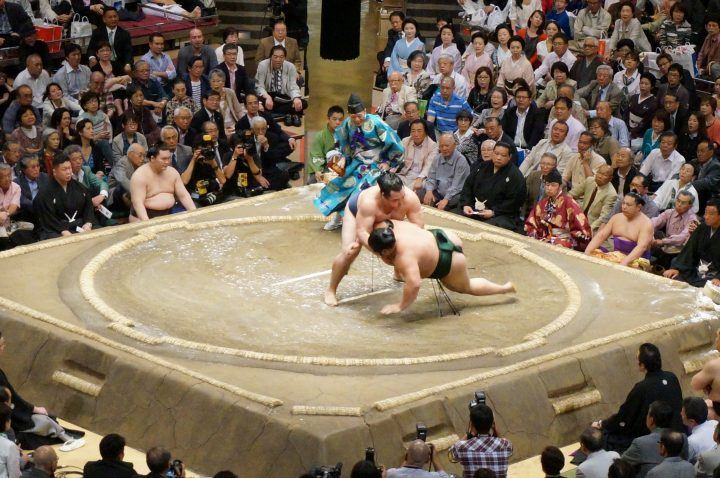 On paper, watching two larger-than-life sportsmen, complete with top knots and loin clothes, wrestle each other to the ground (often in a matter of seconds) might not sounds like a great day out, but if you get chance, don’t miss out on watching the sumo. If there’s a Japanese cultural symbol that comes anywhere near to geisha fame, it’s sumo wrestlers, and like geisha dances, sumo tournaments (or basho) are special events that only take place six times a year. The final tournament of the year arrives in the city of Fukuoka in November.

Tournaments are an all-day affair, with lower ranking wrestlers starting before 10am and pros entering the ring from 4pm. Arrive early to get some good photographs – you might even have chance to be snapped with a wrestler (not snapped by one, fortunately…) A lot of people want a slice of the sumo action, so tickets do sell out quickly. 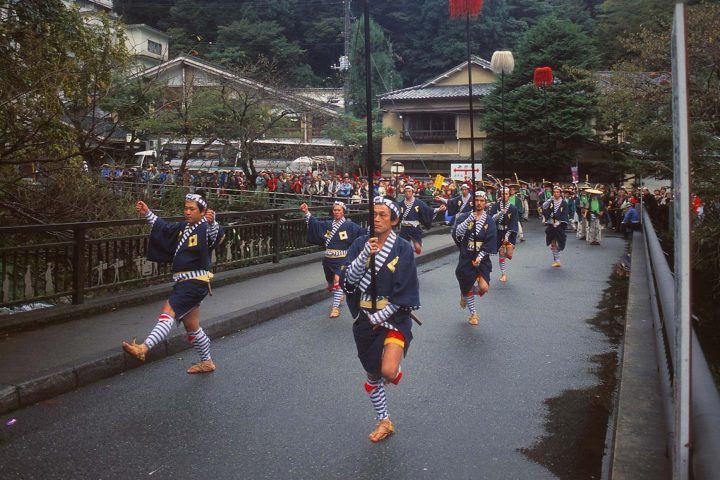 The Daimyo procession should be a highlight of the calendar for any history buff. This annual festival, held on 3rd November (Culture Day), re-enacts the procession of daimyo feudal lords; in the Edo-period, feudal lords were made to travel between their domains and Edo (now Tokyo) to prevent rising rebellions.

This faithful reproduction sees ‘samurai warriors and princesses’ take a 6km parade, accompanied by marching bands and dancers. If your muscles ache after throwing your best samurai moves, Hakone just happens to be one of the best places for onsen (hot spring bath). A tonic for dance-weary bones. 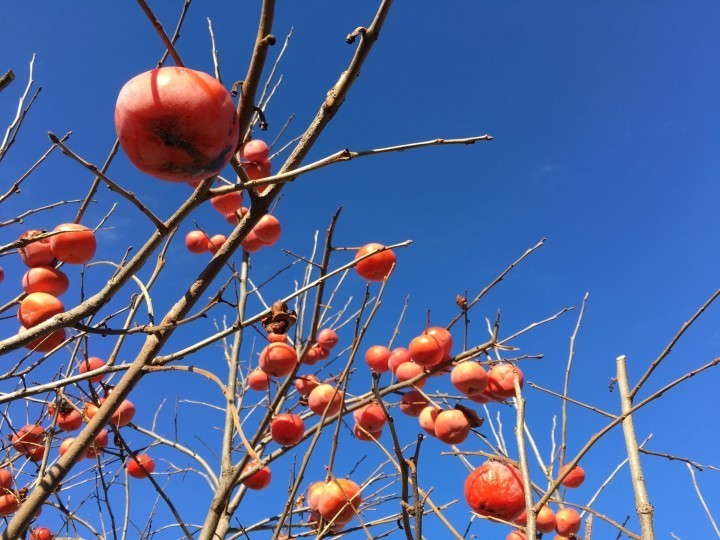 Autumn holds such special significance when it comes to food in Japan it has its own term: shokuyoku no aki (“autumn appetite”). So, what’s on the menu? Salt-Grilled Sanma, hotpots, mushroom soup, chestnuts, shinmai (newly harvested) rice, Japanese persimmons and root vegetables such as yakiimo and kabocha (Japanese pumpkin). Warming and tasty. Win-win. 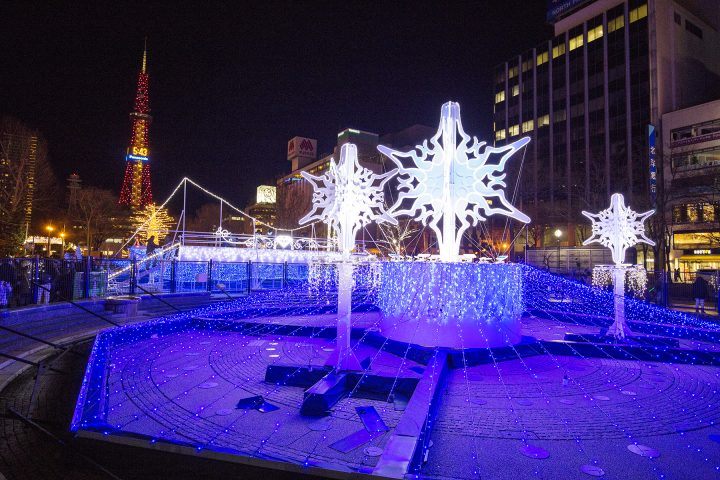 You don’t have to wait until December to see magical illuminations in Japan. Travel to Sapporo on Japan’s northernmost island, Hokkaido, from the end of November to mid-March to see the ‘White Illuminations’. They first lit up Odori Park back in 1976 when there were “only” 1,000 light bulbs, now there are no less than 520,000!

Not making the trip to Hokkaido? The Shirakawago Autumn Leaves Illumination in early November is equally special, but lasts only a few days, so check your dates in advance. The village of Shirakawago is lovely at the best of times, but with the autumnal hues lit up, its somehow even lovelier. 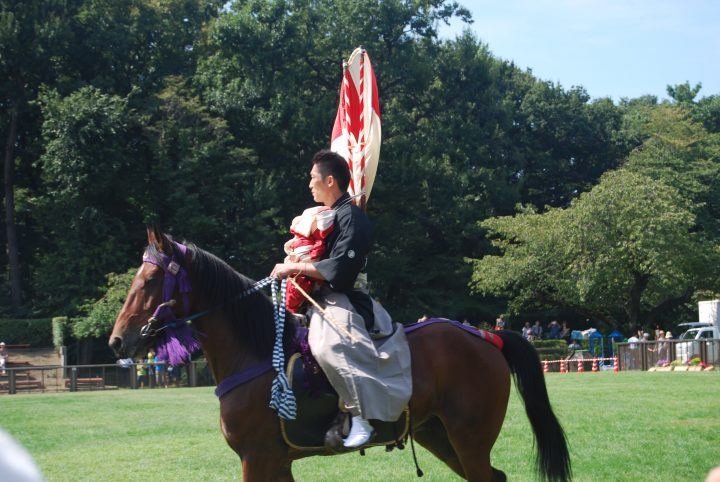 Another one for those with a penchant for Japanese history. The Meiji Shrine Autumn Festival has three days of performances and parades incorporating traditional music, dance and theatre, as well as martial arts and horseback demonstrations. It promises to be a lively one! 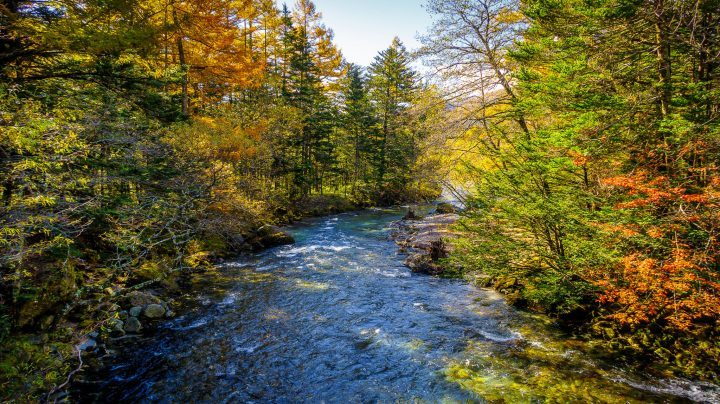 Only accessible in July and August, Mount Fuji is out of the running for your November hiking trip, but when it comes to mountain trails, Japan is never short of options – and that view sure is hard to beat! From mid-November the Alps will start getting snow, so travel October to early November, and stick to lower altitudes like the Nakasendo Way or the Kumano Kodo for the best koyo spots.

10 things to know before hiking in Japan

Our Japan travel experts are full of tips for how to make the most of Japan in November. Get in touch to start planning your trip! 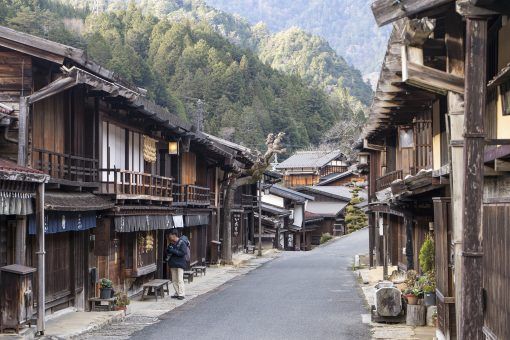 Interested in other months and events? Visit When to Travel, your go-to guide for events, festivals and weather in Japan.