Japan is open to tourists! Find out how to visit.
Latest Coronavirus News From Japan

We have the latest news and travel updates on Japan, including the Japanese government's plans to re-open the country.

What's the latest Coronavirus (Covid-19) news on Japan? We have the latest news and travel updates on Japan, including the Japanese government's plans to re-open the country.

Japan remains fully open to tourism. There are some minor restrictions introduced in response to the latest Covid-19 outbreak in China, though these only relate to flights coming from this country. For more details, you can check our Japan latest entry requirements page.

As a recap,  in October 2022 the requirement to get a visa was dropped for passport holders of countries including the UK, most of Europe, USA, Canada, Australia and New Zealand.

Also, since September 2022 there is no longer a pre-departure PCR test requirement for triple vaccinated travellers (NHK News).

Meanwhile, vaccinations are full steam ahead with over 82% of Japan's population fully vaccinated.  Booster shots are rolling out at an ever-increasing rate, with the government announcing on July 23rd that fourth vaccine shots are now available to medical staff and care home workers, besides the elderly and vulnerable (Japan Today). 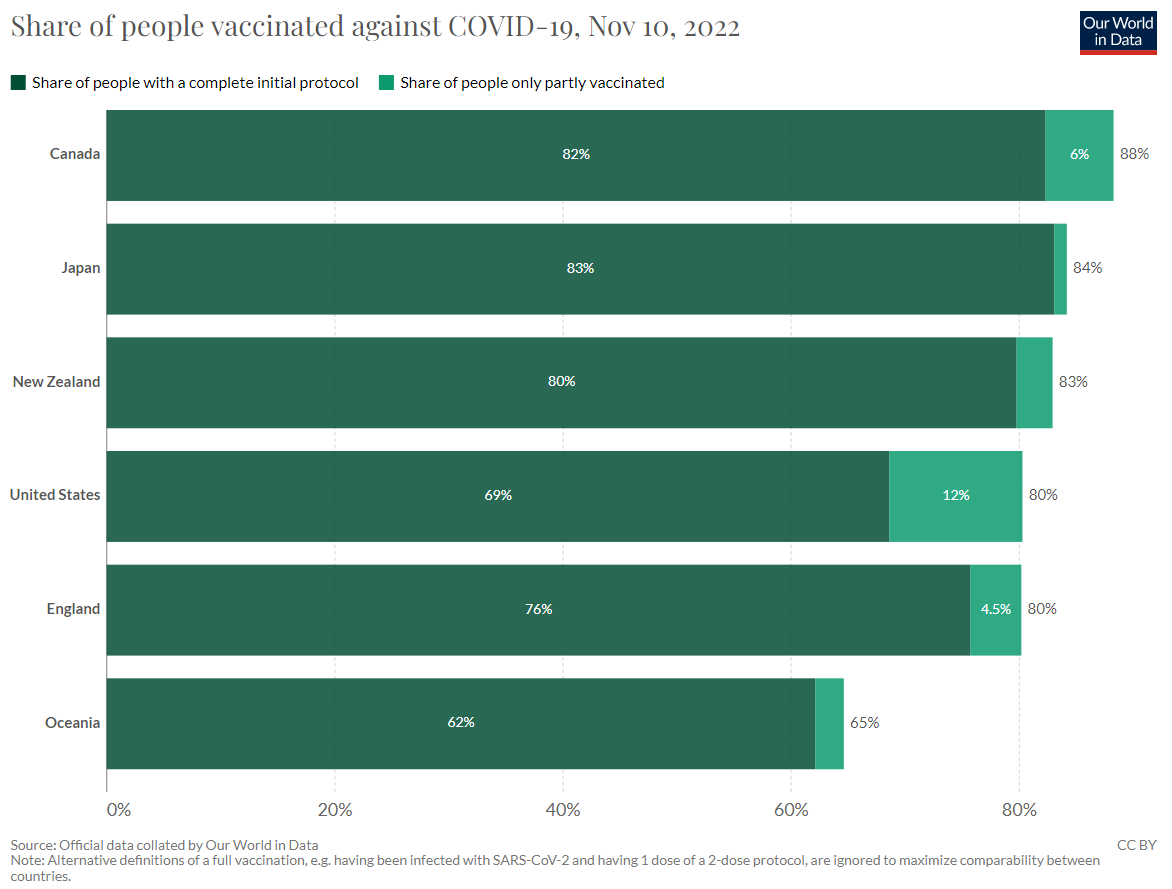