Picture Japan as it was hundreds of years ago; unspoiled nature surrounded small villages of wooden buildings; main streets were filled with little more than foot traffic and the voices of shopkeepers selling their wares. Tsumago is just that, a lazy town tucked away in the Kiso valley. 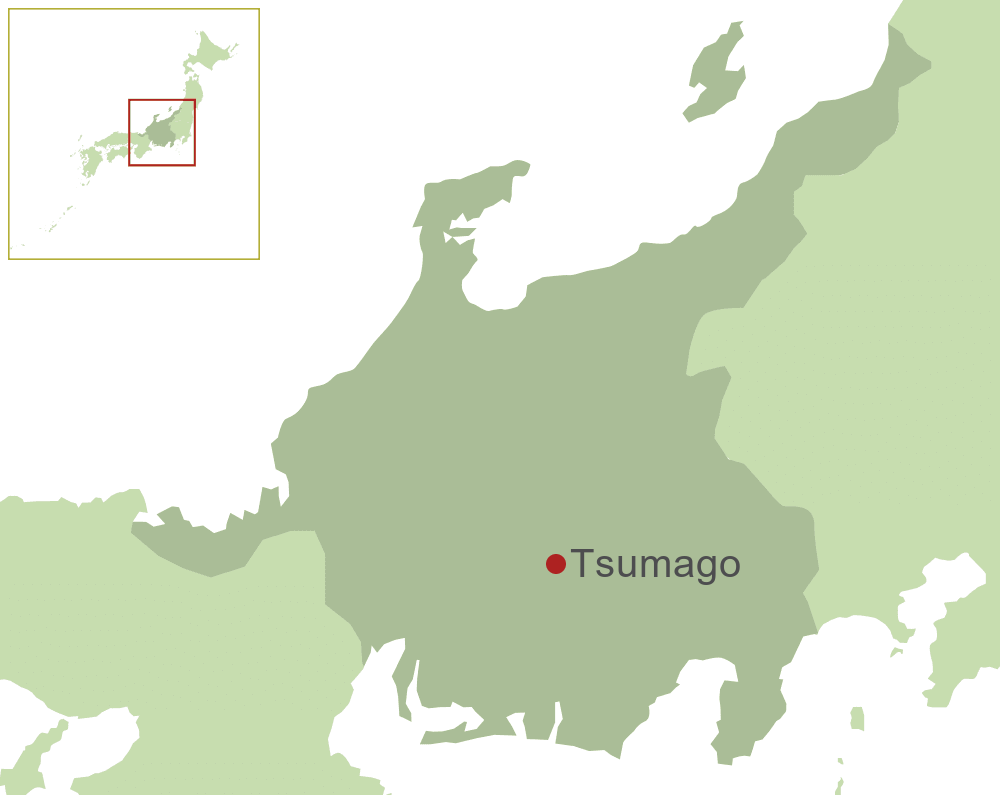 “Surrounded by the grandeur of the Japanese Alps, Tsumago's rustic wooden buildings stand untouched in the picture perfect Kiso Valley. A walk through these timeless streets gives a glimpse of a Japan that has all but slipped away in modern times”

This is one of Japan's most scenic regions; As you approach the small town, a river of melted snow flows gently down from the mountains and past nearby rice paddies. People making handicrafts work with their doors open and chat to friends as they pass. A visit to Tsumago gives you a sense that you have made it to somewhere special, it is a place where only those who make the effort ever set eyes on.

Tsumago has a long history of trade and travel. Over a thousand years ago people passed through this region on the Kisoji, a trade route that crossed through the towering mountains of the Japanese Alps. Trade brought people from throughout the region to Tsumago's ryokans and simple rest houses, but it wasn't until the Tokugawa Shogun created a new capital in the swampy region in what is now Tokyo that Tsumago and the Kiso valley region truly flourished. This was thanks to a new route known as the Nakasendo that ran between Kyoto, Japan's imperial capital, and Edo, the home of the Shogun. As the traffic increased so did Tsumago's wealth and notoriety. The beautiful woodblock prints of the day show that even the weary travelers of the Edo period appreciated the humble beauty of Tsumago's wooden buildings and an infatuation with the natural scenery that draws tourists to this day. Warlords on their way to see the mighty Shogun often chose to make the strenuous journey through the mountains (as opposed to the seaside alternative) so that they could take in the this region's magnificent views as they bounced slowly along in their palanquin.

Thanks to Tsumago's relative inaccessibility, this tiny post town has managed to escape the modernization that has spread through much of Japan and, for that matter, much of the world. A wander through Tsumago's streets will take you past restaurants serving up local delicacies and inside shops where the goods are crafted in the spare time of the old man sitting out front. A stroll through the backstreets will bring you to Buddhist temples and Shinto shrines whose stone statues have watched over Tsumago since the days of the Shogun. But the real highlight for most visitors to Tsumago is a walk along the ancient Nakasendo. This cobblestone route is still easily traversed and, perhaps, more beautiful than ever.

A surprisingly few things have changed in Tsumago in the past few hundred years and it is this sense of a Japan that time left behind that will stay with you long after you've left.

The following are our favourites from among the western-style hotels and Japanese-style inns of Tsumago.

Tsumago offers a wealth of exciting experiences that will help you get beneath the surface of Japan's fascinating culture. See below for a few of our favourites

The Climate Guide for Tsumago, Japan is perfect for planning your holiday. Monthly weather averages give the best indication of what the weather is usually like for every month of the year including figures for temperature, rainfall and sunshine.