Matsumoto, located in the Japanese Alps, makes for a welcome contrast to the huge, neon cities of the eastern seaboard. Here you'll find fantastic art museums and delicious food presided over by the "Black Crow" castle, which rises dramatically above the city centre. 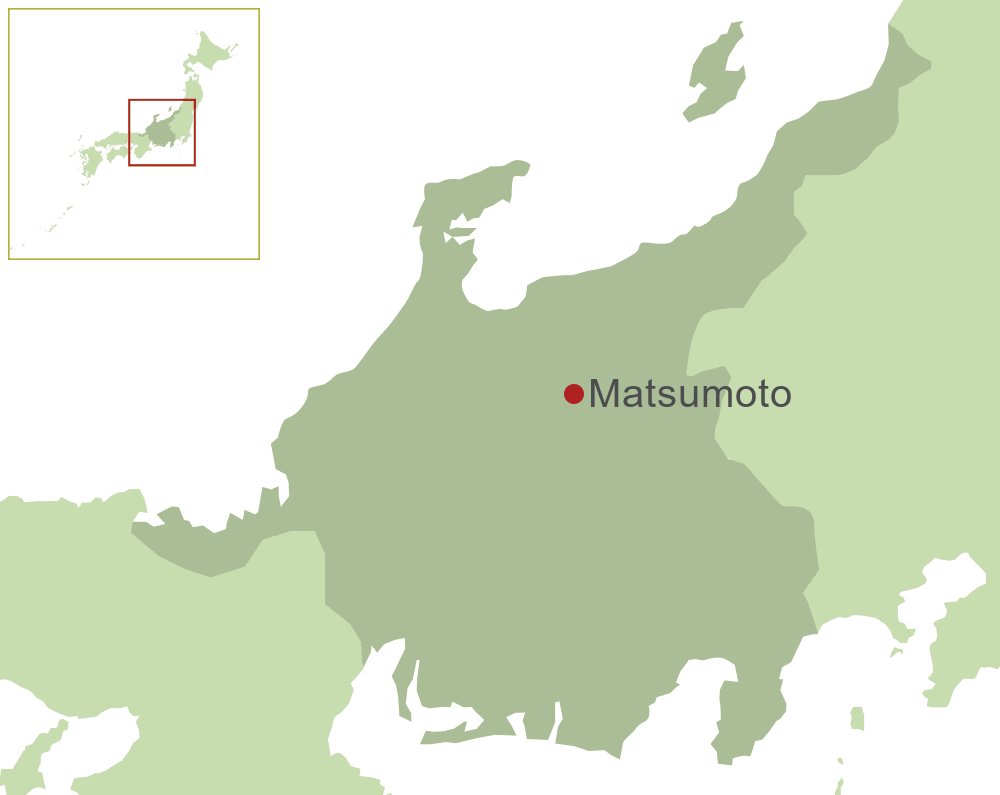 “Like most places in Japan, Matsumoto has plenty of local delicacies to try - from apples and soba noodles to fresh wasabi. And for those with a more adventurous palate, the city is also famous for basashi (raw horse meat) and edible insects!”

Until the twentieth century parts of this region were amongst Japan's most isolated, often inaccessible for much of the winter when heavy snowfall and temperatures as low as -25C (-13F) made the mountain passes too treacherous for any journey to be undertaken. However, Matsumoto itself was an important trade route and a centre of export. During the Edo era 25% of all cigarettes smoked in Japan came through the town, making their way onto Edo (modern-day Tokyo) and Nagoya.

Matsumoto today is a very cosmopolitan city and has long been a centre of the arts and education. The world famous Suzuki Method of learning the violin was developed here, and the city also boasts Japan's first Elementary School (now preserved as a tourist attraction), opened during the Meiji era and paid for by donations from the local people. This was a landmark in education in Japan, as up until this time only the children of the samurai had access to a proper education.

Matsumoto is also the hometown of the celebrated artist Yayoi Kusama, whose polka-dot creations have graced art galleries worldwide - and can be found on display at the Matsumoto City Museum of Art. If you're interested in the visual arts, we also highly recommend heading to the city's ukiyo-e museum, which is located in the suburbs and houses the world's largest collection of traditional Japanese woodblock prints.

Though its cultural offerings are diverse, Matsumoto's piece de resistance is undoubtedly its castle - which is lauded as one of the most beautiful original castles in Japan. Having survived over four hundred years through wars, earthquakes and fires, the current keep dates back to around the late sixteenth century and is open for the public to explore and admire. Be careful though! The steep ladders and low wooden beams (the Japanese were considerably shorter back then!) within require a fair degree of concentration.

And finally, on a culinary note, Matsumoto is also famed for its soba or buckwheat noodles and its wasabi - the spicy green radish paste that usually accompanies sushi has a habit of catching the uninitiated unawares! Soba noodles make for a delicious lunch whether served hot or cold, and if you have an interest in wasabi then we recommend a visit to the Daio Wasabi Farm just outside the city.

The following are our favourites from among the western-style hotels and Japanese-style inns of Matsumoto.

Matsumoto offers a wealth of exciting experiences that will help you get beneath the surface of Japan's fascinating culture. See below for a few of our favourites

The Climate Guide for Matsumoto, Japan is perfect for planning your holiday. Monthly weather averages give the best indication of what the weather is usually like for every month of the year including figures for temperature, rainfall and sunshine.