Lake Biwa is Japan's largest lake: 100m deep, 64km long, and with a shoreline of 235km. It's also one of the oldest freshwater lakes in the world, formed more than 4 million years ago. 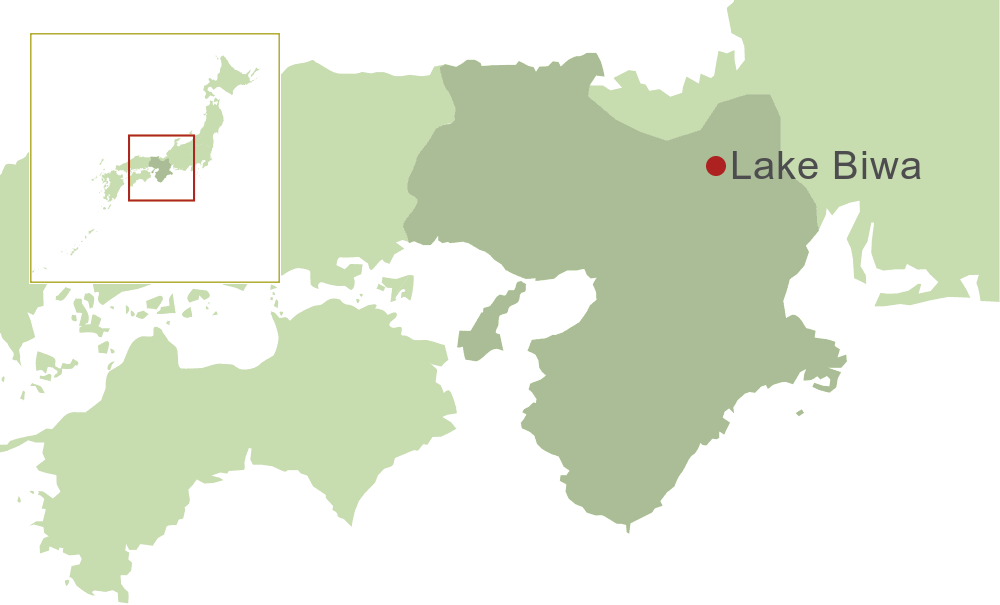 “Thanks to its proximity to Kyoto, Lake Biwa appears in many of Hiroshige's woodblock prints. Even now the lake is a soothing escape from the big city.”

Lake Biwa is Japan's largest lake: 100m deep, 64km long, and with a shoreline of 235km. It's also one of the oldest freshwater lakes in the world, formed more than 4 million years ago.
Lake Biwa is said to be named after the biwa, a guitar-like stringed instrument used in traditional Japanese music. From a bird's-eye view the lake resembles the instrument's shape. Dotted around the 235km-long shoreline are pleasant beaches and spots for water sports.
Overlooking the lake in the north-east is Hikone. Built in 1622, Hikone Castle is one of the few remaining original castles from Japan's feudal era and one of only five Japanese castles to be designated as national treasures. Just outside the castle's inner moat, Genkyuen Garden is also well worth a visit. On the north-western shore of Lake Biwa is Makino, a great base for exploring the surrounding area. The village has several traditional wooden houses and retains the atmosphere of an old fishing and trading village.
One of Lake Biwa's highlights can be found in the lake itself: the uninhabited island of Chikubushima. The tiny island has a circumference of just 2km, but has plenty of history and some stunning views of Lake Biwa. The island is home to the 1300-year-old Buddhist Hogonji Temple, and the Shinto shrine Tsukubusuma, which dates back to the year 420, making the island a charming example of how both religions have coexisted for well over a thousand years.
Make an Enquiry

The following are our favourites from among the western-style hotels and Japanese-style inns of Lake Biwa.

The Climate Guide for Lake Biwa, Japan is perfect for planning your holiday. Monthly weather averages give the best indication of what the weather is usually like for every month of the year including figures for temperature, rainfall and sunshine.