The city of Himeji in is rightly famous for its original castle. While many Japanese castles are reconstructions after damage by fire, war and earthquake, Himeji-jo escaped these calamities and remains at is has been since its construction in 1581 by the popular samurai hero, Toyotomi Hideyoshi. 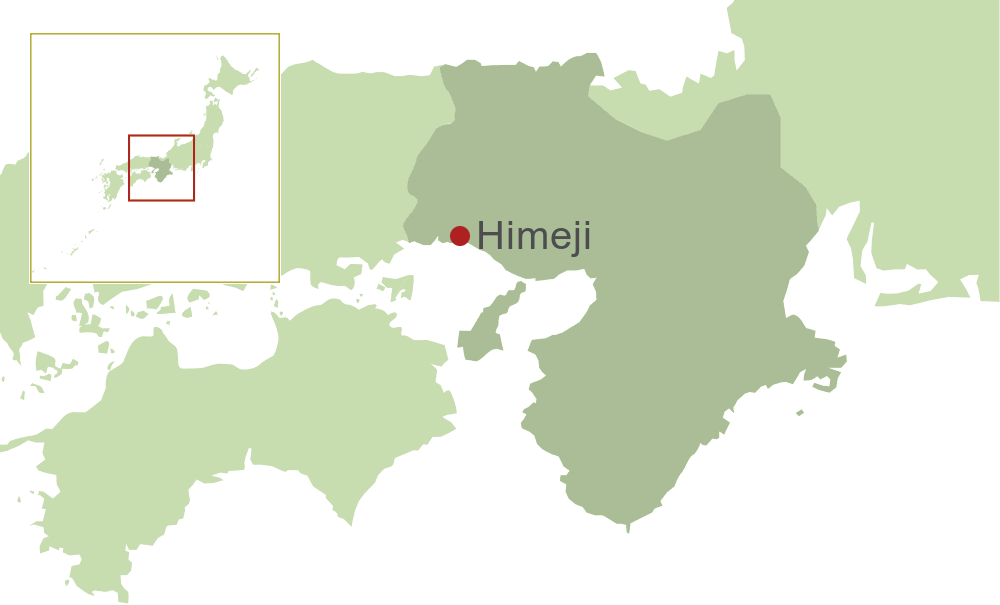 “Having already lived in Japan for a year, I thought I'd seen enough Japanese castles to last a lifetime. I couldn't have been more wrong! I spent an entire day roaming the castle and discovered more about the country's feudal (& a bit of James Bond!) past that I ever did when I was studying Japanese”

Known as the ?white egret castle' for its brilliant white walls and wing shaped turrets, Himeji-jo exhibits the classic military features of any Japanese castle. A large complex of 83 buildings, the gun emplacements and stone-dropping holes transport you back to the days when warring samurai clans ruled the land. One of Himeji-jo's most important yet never-tested defensive features is the confusing maze of alleys leading up to the main tower or donjon. The sprial shape of the paths and dead ends allowed intruders to be watched and fired on with ease.

If Himeji-jo, now a UNESCO World Heritage site, seems somewhat familiar that may be because the castle appears as Tiger Tanaka's secret ninja training camp in the James Bond film ?You Only Live Twice'. Sadly there are no ninjas at Himeji today, unless you allow your imagination to take over as you scurry up the ladders in the castle donjon fending off attack from your mortal enemy?

Other tourist attractions in Himeji City include Kokoen, a series of nine beautiful Japanese gardens next to the famous castle. Opened in 1992, the gardens reflect the various garden styles of the Edo Era and include a tea ceremony house, a bamboo grove and a flower garden. The perfect spot for a peaceful stroll after all that samurai action!

Travel just 30 minutes from the city centre and you'll find yourself in another famous film location.  Engyo-ji Temple atop Mount Shosha served as the backdrop for the Hollywood blockbuster ?The Last Samurai'. A cable car takes visitors to the top of the atmospheric mountain where walking trails through the dense forestation link the ancient wooden temple halls.

The following are our favourites from among the western-style hotels and Japanese-style inns of Himeji.

The Climate Guide for Himeji, Japan is perfect for planning your holiday. Monthly weather averages give the best indication of what the weather is usually like for every month of the year including figures for temperature, rainfall and sunshine.