Hikone is a small, charming town located on the shores of Lake Biwa, Japan's largest lake. Hikone lies on the Nakasendo, an important trading route during the Tokugawa era. Hikone's biggest attraction is it's castle, one of only 14 remaining original castles in Japan. 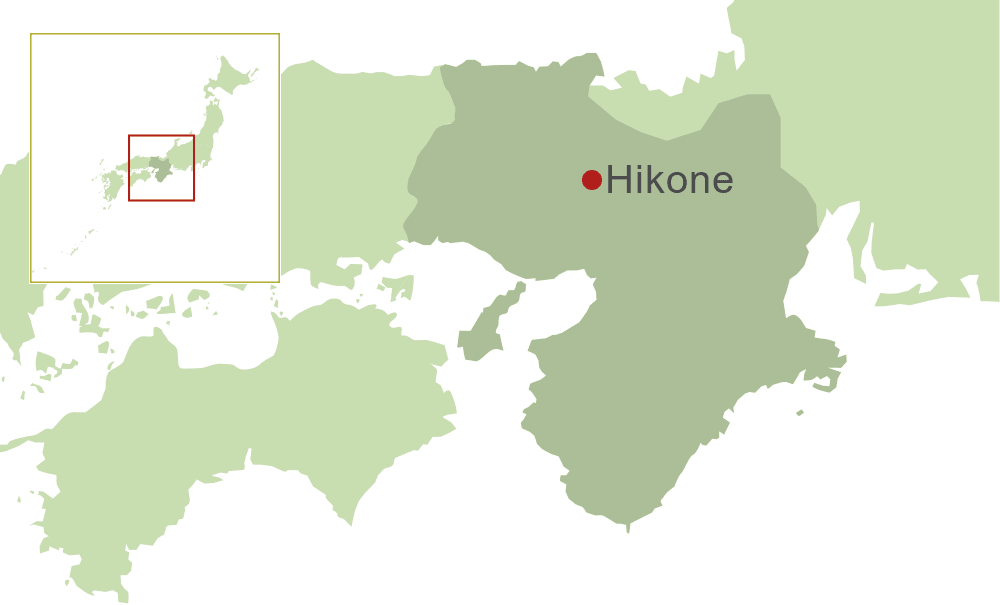 The City of Hikone is in Shiga Prefecture, near the centre of Japan. Hikone lies on the eastern shore of Lake Biwa and, as well as serving as a centre of industry and transportation, also attracts visitors from around Japan and overseas.

Hikone Castle is the city's symbol and its main tourist attraction, standing at the top of a hill in the centre of a double moat. It is one of only four castles in Japan to have been designated a National Treasure, and as such is well worth a visit - although it is much smaller than the likes of Himeji!

Another (more modern) symbol of Hikone is "Hikonyan," the samurai-helmeted, cuddly-faced cat mascot created in 2007 to mark the 400th anniversary of Hikone castle. Many towns and cities in Japan have such mascots, but Hikonyan outpaces all of them (except perhaps Kumamon of Kumamoto) in popularity. In fact, affection for Hikonyan is credited with having increased tourism to Hikone by over 200,000 visitors annually, creating an overall increase in the local economy equivalent to 33.8 billion yen. Not bad for a cartoon cat!

There are also several temples and shrines within Hikone's boundaries that add to its rich culture, and in the 'Old New Town' where you can find a good variety of Japanese restaurants and shops to keep you busy in an area designed to evoke the atmosphere of the Edo period.

Set against the backdrop of Lake Biwa and surrounding woodland and mountains, Hikone is an excellent place to discover the atmosphere of a small Japanese castle town.

The Climate Guide for Hikone, Japan is perfect for planning your holiday. Monthly weather averages give the best indication of what the weather is usually like for every month of the year including figures for temperature, rainfall and sunshine.