Japan is open to tourists! Find out how to visit.
Winter snow

The history of Mount Koya stretches back some 1,200 years to the ninth century, when a monastic retreat was set up atop the mountain to serve members of the Shingon sect of Buddhism. Today it is one of the most atmospheric and peaceful places that you can visit in Japan. 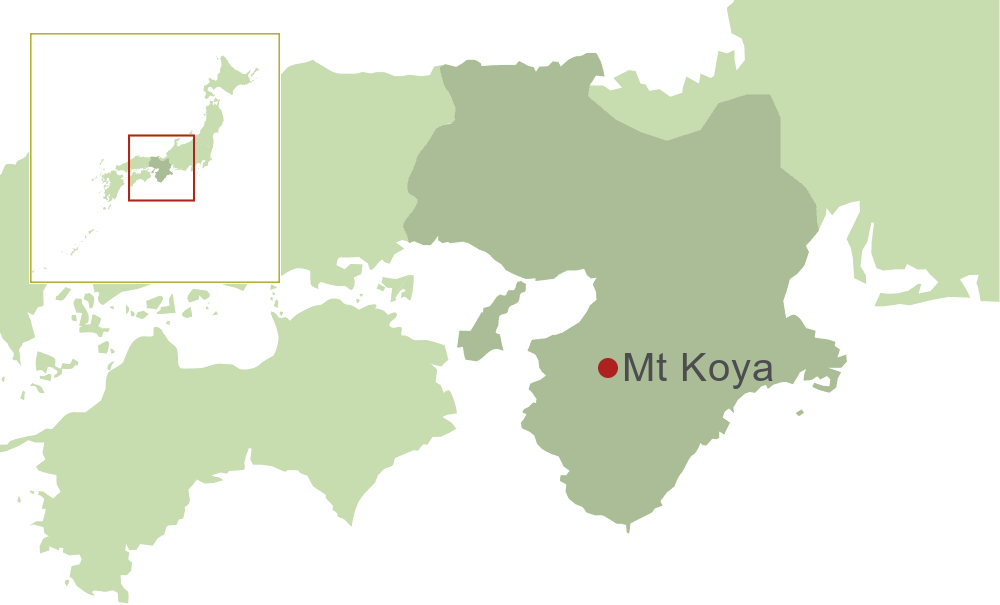 “Of all the myriad of amazing experiences to be had in Japan, perhaps one of the most moving and memorable is a stay in a temple lodging at Mt. Koya; the smell of the incense, the peaceful stillness of morning meditation and fantastic Buddhist vegetarian cuisine.”

Unlike most places in Japan, which are becoming more and more easily accessible thanks to always-improving transport links, Mount Koya still retains some degree of seclusion. Reachable only by a succession of slow, countryside trains and a funicular railway, this means that despite its relative proximity to Osaka, Mount Koya can take quite some time to reach! Nevertheless, the journey is an experience in itself and the destination well worth the effort.

One of the main reasons to seek out Mount Koya is to stay in a temple lodging, or shukubo. Shukubo have a long history of sheltering weary pilgrims throughout Japan, and a stay at one of those in Mount Koya will provide a really authentic experience that you certainly won't find replicated anywhere else.

Accommodation at a shukubo is in simple tatami-mat rooms, with little adornment or furniture other than a low table and perhaps some thin floor cushions. You should certainly not expect luxury! Meals are served in a communal dining room and the food is traditional Buddhist fare: a kind of vegetarian cuisine known in Japanese as shojin ryori. But don't worry, beer is permitted!

The highlight of a stay at a shukubo comes early the following morning, when guests are invited to join the resident monks in morning prayers. Prayers usually take place in an ornately decorated hall where you'll find an altar decorated with offerings of flowers and fruit, gently smoking incense sticks and any number of elaborate bronze ornaments. The service is (of course) conducted in Japanese, but the experience is an atmospheric one nonetheless, and we highly advise that you do not miss this integral part of a stay at Koya-san!

During the daytime, you will have the opportunity to explore the religious sites of Koya. There are a great many temples on Mount Koya and all are important in their own way, but the most famous is Kongosan-mai Temple, which was founded in 1223 by Hojo Masako; the widow of Minamoto Yoritomo (head of the Genji clan). The temple was built in memory of her husband and son, and is decorated with beautiful depictions of elephants, lions and a flock of exotic birds.

Surrounding Okunoin Temple, meanwhile, is Koya's most impressive site, the Okunoin necropolis: a huge cemetery with more than 200,000 stone stupas commemorating the deceased. This is the final resting place of the monk Kukai (also known as Kobo Daishi), founder of Shingon Buddhism, who is said not to have died but to sit here in eternal meditation. The impressive Torodo Hall (Hall of Lamps) built in front of his mausoleum contains over 10,000 lanterns kept perpetually lit, while the basement contains 50,000 tiny statues donated to the temple in 1984.

Besides Kobo Daishi, there are many thousands of others commemorated at Okunoin - including several famous historical figures (General Oda Nobunaga and the Buddhist monks Nichiren, Honan and Shinran, for example); some more recent celebrities; and even a memorial erected by a pest extermination company to commemorate the lives of the insects it had killed!

It is difficult to grasp the vast scale and spiritual atmosphere of Okunoin without seeing it for yourself, but to many it is one of the most incredible sites in all of Japan, and this alone makes a visit to Koya-san worth the journey. The best time to visit the graveyard is in the early morning or late afternoon when the mist descends and the peace and quiet gives the area something of a spooky aura.

In our opinion, the only way to experience Mount Koya is to stay in a shukubo, or temple lodging, where you'll sleep on tatami, eat vegetarian Buddhist cuisine and join the temple monks at morning prayers. This is a unique experience not to be found anywhere else in the world!

As an ancient religious community, the way to experience Mount Koya is by visiting its many beautiful temples, spending the night in a traditional pilgrim's lodging, and by wandering the vast and atmospheric Okunoin cemetery at dawn or dusk.

The Climate Guide for Mount Koya, Japan is perfect for planning your holiday. Monthly weather averages give the best indication of what the weather is usually like for every month of the year including figures for temperature, rainfall and sunshine.