Opened in 1994, Osaka's Kansai Airport (known as Kanku in the local Kansai dialect) is an engineering triumph of extraordinary proportions. As construction projects go they don't come bigger than this. 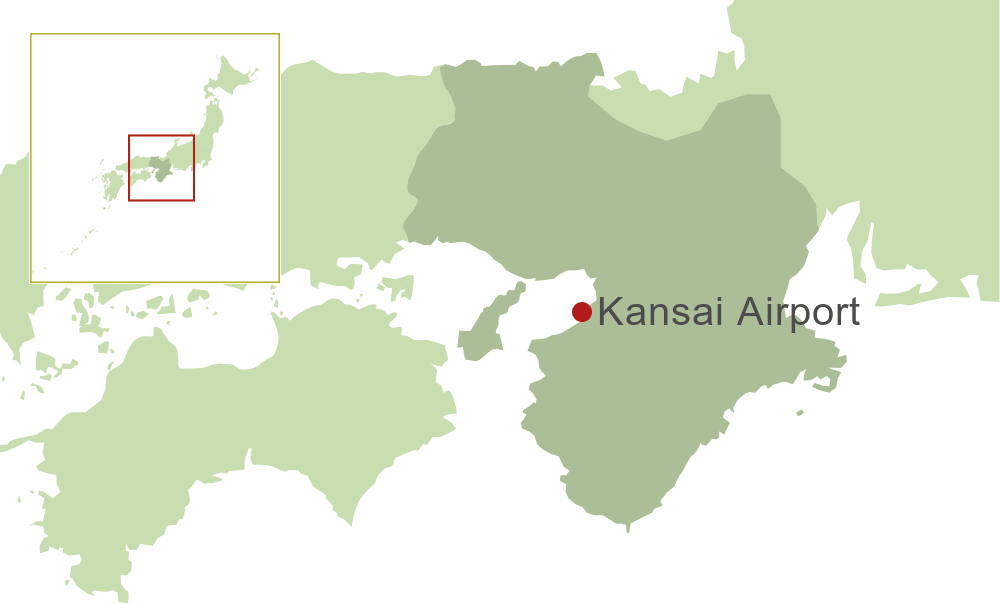 “As well as being extremely well run and a pleasant airport to arrive and depart from, Kansai Airport is a true engineering marvel”

Osaka's Itami Airport had serviced the city for domestic and international flights since opening in 1939. However, this area had become extremely densely populated and left no room for expansion. From the 1950's the Kansai Region which had previously been the power-house of the Japanese economy was increasingly losing out on development and new business to the Tokyo region. It's lack of a major international airport was identified as a key factor in this and  proposals for a new airport in this region were put forward. However, the lack of flat space was immediately a stumbling block to any major airport construction problem. From this came the proposal to construct an artificial island in Osaka Bay as being the only solution to this intractable problem of space.

Construction on the new airport begin in 1987. The sea wall was completed in 1989 and the airport opened for business in 1994. The statistics on the artificial island are simply mind boggling:

The island was to be 4 km long and 2.5 km wide. 21 million cubic meters of landfill were used excavated from three mountains. 10,000 workers put in 10 million work hours over 3 years. 80 ships were used. All this to complete the thirty-meter layer of earth over the sea floor and inside the sea wall. A 3KM bridge was built to connect the mainland to the new island at a cost of $1 Billion USD.

On top these staggering figures the airport designs had to take into account the dangers of earthquakes and typhoons with storm surges in the bay in excess of 3 metres.

The terminal building itself is also an architectural wonder. The building was designed by the Renzo Piano Building Workshop (headed up by Renzo Piano and Noriake Okabe) and is an impressive 1.7 KM in length ?  the second longest building in the world. One of the major challenges to be met was the fact that the artificial island continued to sink under its own weight. The terminal was therefore designed to be supported by a series of columns which can be raised up as the island gradually sinks.

The quality of the construction and architectural engineering at Kansai Airport was demonstrated when it was the closest building  to the epicentre of the devastating Kobe Earthquake which struck in the early hours of 17th January 1995. Remarkably the airport building was unharmed and operations were able to resume with very little disruption.

With its direct links to central Osaka and Kyoto, Kansai Airport makes for both an extremely impressive and very convenient gateway through which to arrive in Japan.

The Climate Guide for Kansai Airport, Japan is perfect for planning your holiday. Monthly weather averages give the best indication of what the weather is usually like for every month of the year including figures for temperature, rainfall and sunshine.