After becoming interested in Japan as a child, award-winning short story and travel writer Amanda Huggins fell hook, line and sinker for the country as an adult. But what is it about Japan that captured her imagination?

Japan: Where it all began

Whenever I return to Japan it feels like an emotional homecoming, and I’m both relieved and excited to be back. Yet I’ve always struggled to explain or define this strong connection, or to pin down exactly why I love the country so much. Perhaps the words remain elusive because the reasons are more spiritual than tangible. 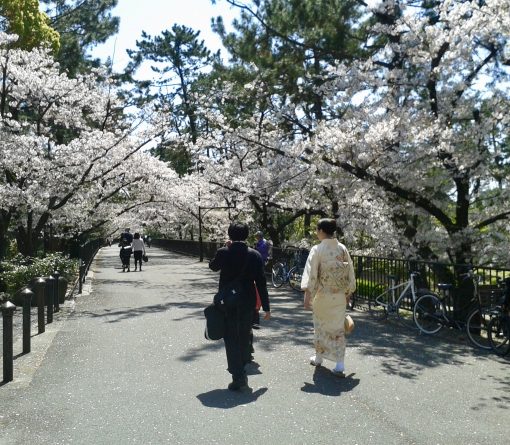 I learnt my first word of Japanese when I was a child. The word – which I couldn’t pronounce correctly – was yurushite, meaning ‘I beg your forgiveness’, and it appeared on the box lid of my Sorry! game – a souped-up form of Ludo. The board itself was decorated with elegant Japanese gardens: cherry blossom, stone lanterns, autumn maple trees, waterfalls and distant mountains. The beautiful board, and the evocative description of Japan as ‘the land of politeness’, were enough to instil a faint yearning that I didn’t understand, a yearning that was cemented by the amateur production of The Mikado that my mother took me to see. The white makeup and scarlet lips, the intricate hair decorations, the beautiful colours and patterns of the kimonos, all seemed magical. Yet my inaugural arrival in Tokyo – way too many years later – was confusing and disorienting, and the first couple of days were all about jet-lag, sleepless nights and fighting to master a complicated Japanese toilet that left me in tears of frustration by refusing to flush. However, as soon as I reached the traditional ryokan in the mountains, Japan became light and shadow, moss and stone, the sound of a shoji screen sliding shut, of tea pouring and of temple bells, the scent of tatami matting and cedar, the exhilarating joy of climbing above the clouds.

I was able to fill notebook after notebook with observations, sketches, and story ideas. And when I moved on to discover the cities and towns, I discovered that neon lights could be as beguiling as the glow of lanterns along cobbled streets, and that Tokyo, post jet-lag, was fascinating and seductive. 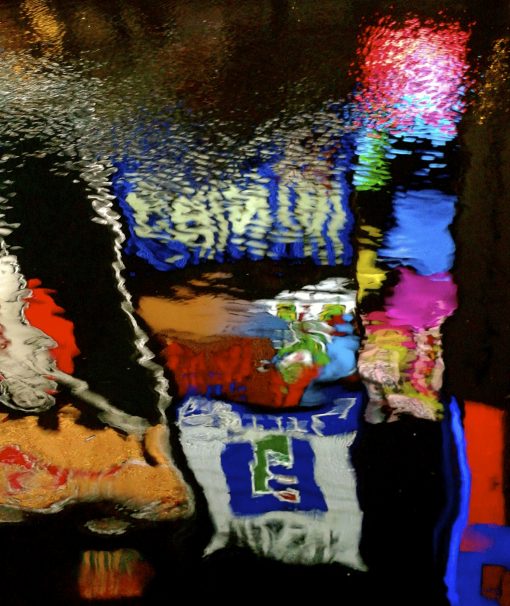 The everyday sounds of Japanese urban life are a constant cacophony. Street crossings chirp with cuckoo calls, staff call out loud greetings and farewells in cafés, shops and bars, J-pop and adverts blare from shop fronts and pachinko parlours deafen with the crash and pound of a million silver balls. To outsiders, Tokyo can appear to be a place when quiet contemplation is impossible, and this can go hand in hand with the notion of things never being exactly as they seem, of them being a little off-centre, misunderstood, or lost in translation.

As a writer, I wanted to explore these themes and ideas in my short story collection, Separated From the Sea, as well as the formality of traditional culture, and how family relationships are often still anchored by the old rules. Japanese cinema has influenced my writing as well. I particularly admire the domestic dramas made in the 1950s by Yasujiro Ozu. His films are poignant, poetic, and deceptively simple, and I love the elemental humanity of his work. He evokes a strong sense of the melancholy in everyday life, and the films all unfold at a contemplative, considered pace. 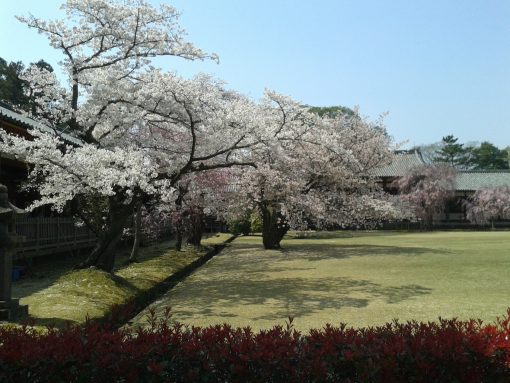 Japanese literature is poetic in a similar way. Sparing and effective use of language, subtlety and nuance, a certain elusiveness, all demand that the stories are read slowly, and that they are re-read and savoured. These are the qualities that draw me back again and again – both to the literature and to the country itself – and I’ve had so many wonderful experiences in Japan that I know they will inspire my writing for many years to come.

I can still remember my first trip clearly, even though it was a dozen years ago now. There’s certainly a lot to be said for travelling with someone who knows Japan well when you’ve never visited before. Our initial trip was an Inside Japan Small Group Tour, and it was a great start to my love affair with the country – travelling around on public transport, doing our own thing whenever we wanted to, but still having the security of back-up – and a guide to show us all the best places!

We visited Tsukiji fish market at the crack of dawn and ate the freshest sushi for breakfast, climbed Mount Norikura before soaking our weary bones in the onsen, sang around a camp fire in Kamikochi, and experienced a drunken team-bonding karaoke evening in Kyoto! When I’ve planned my subsequent self-guided itineraries, Inside Japan have been invaluable with their help and advice.

Since that first trip we’ve explored much more of Honshu, and spent two weeks on the island of Shikoku – including an overnight stay in a Buddhist temple, a hotel in Uwajima where they put up a homemade welcome sign in the street with our names on it, and the slightly pretentious (yet undoubtedly fabulous) Benesse House on the island of Naoshima – a hotel and art museum in one, designed by Tadao Ando.

We’ve travelled the length of Kyushu, where we enjoyed an unforgettable night out at the Crazy Horse Bar in Nagasaki, took the ferry to the eerie, abandoned ‘James Bond’ island of Gunkanjima, watched ash plumes rise from Sakurajima volcano, and drove on narrow mountain roads around the island of Yakushima. And on our recent trip we were mesmerised by the eminently shy Fujisan in all its glory.

Yet by far the best thing of all about Japan is the people – and I’d like to thank them for being so welcoming, and for making every trip so special.

Start your love affair with Japan in the same way Amanda did – with InsideJapan Tours! Whether you see yourself starting your Japan journey on a Small Group Tour, or prefer the independence of a self-guided trip, we’re on hand to help.