Skip to content
Thank you for signing up!
Subscribe to our Newsletter
HOME » Blog » Tokyo for ‘returners’: the art of the day trip

So you’ve been bitten by the Japan bug. We’ve been there. (Actually, we’re still there). You’ve come back from your first (or maybe second? Or maybe third?) trip, and all you can think is that you have to go back. Like, now.

The good news is that Japan is even better the more you get beneath the surface. Now that you’ve ticked off your big-ticket, bucket-list sites, you’ve got time to really explore — to dig into the lesser-known stuff, and step away from the beaten path.

When it comes to Tokyo, if you ask us, your next visit is all about embracing the day trip. Tokyo is surrounded by towns, villages, beaches, mountains and countryside — all beautiful, all fascinating, and all incredibly easy to access via Japan’s brilliant public transport network. There are literally countless spots to discover, but these are a few of our favourites. 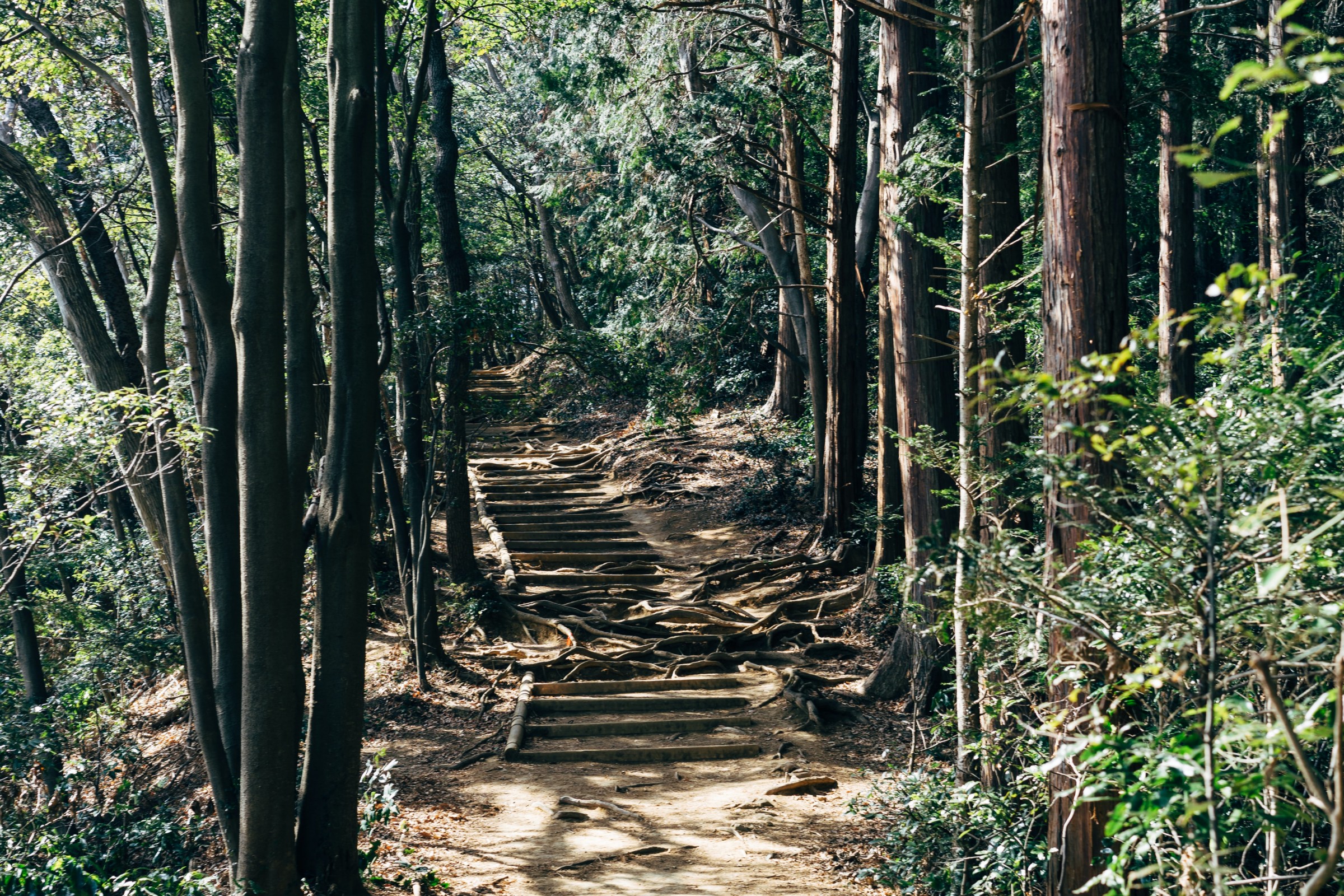 Bet you didn’t know there was a 599-metre forested mountain in metropolitan Tokyo! This is one of the city’s loveliest green spaces, with hiking trails winding to the summit for spectacular views over Tokyo below. You can even see Mount Fuji on a clear day — though those are pretty rare. It’s particularly popular during the cherry blossom and autumn leaves seasons, and on weekends. It’s not hard to see why — Takao is absolutely stunning. 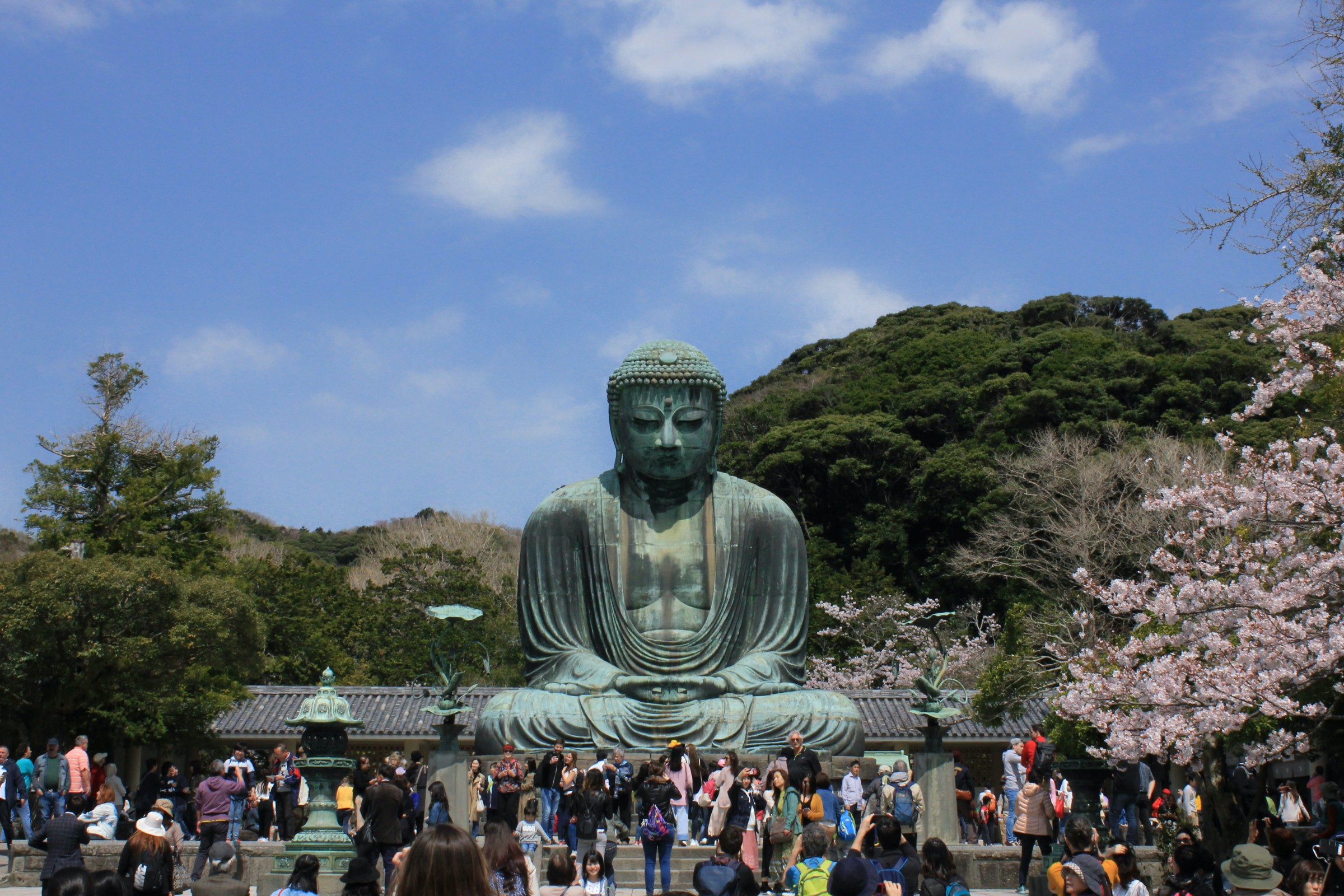 A hop, skip and jump (less than an hour’s train ride) from Tokyo is seaside Kamakura, a former capital watched over for 600 years by its serene Great Buddha, a true icon of Japan. Once you’ve said hi to the big guy, this is the place to take the pace down a notch or two — whether that means wandering to hilltop temples, lazing with a beer on the beach, or exploring the excellent bakeries and cafés of the laid-back city centre. After Tokyo’s crazy crowds, Kamakura is a welcome breath of fresh air. A short train ride from Kamakura, just off the coast from a sweeping, golden beach, is the little ocean oasis of Enoshima. For an island just four kilometres in circumference, Enoshima really packs it in. Come to wash your money at shrines dedicated to the goddess of wealth, climb the 60-metre observation tower over the 19th century British botanical garden, explore caves named after legendary dragons, and soak in hot-spring baths at the Enospa. And that’s just for starters! 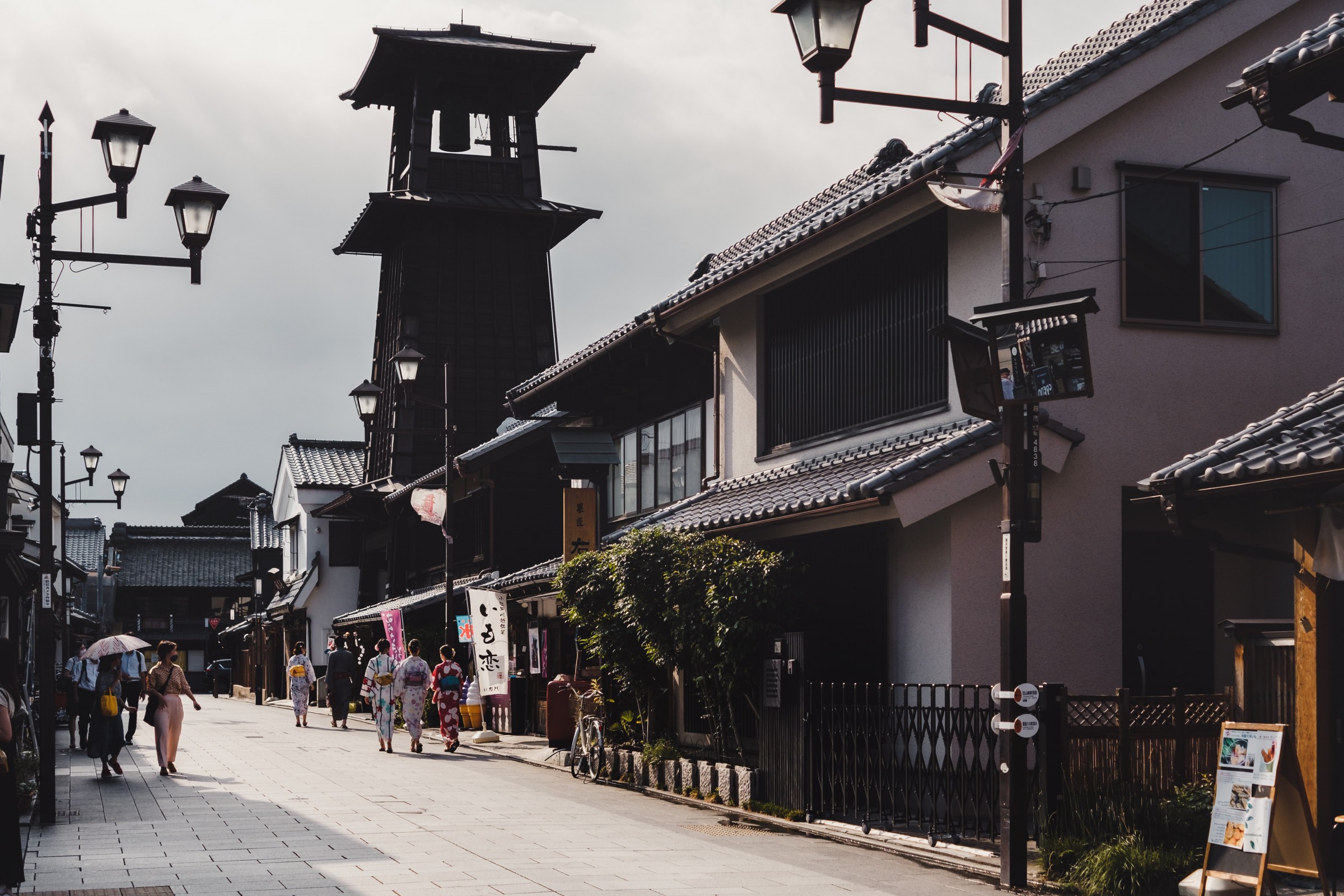 Only half an hour from Tokyo, the town of Kawagoe is one of our all-time favourite day trips. With streets lined with clay-walled warehouses, it feels like stepping back in time to the Edo Period — but with a few little twists. Wander Penny Candy Lane to sample traditional snacks and watch old-fashioned sweets being made, drink artisan coffee at a trendy, farm-to-table café, and generally soak up the old-meets-new world atmosphere of this charming “Little Edo”. 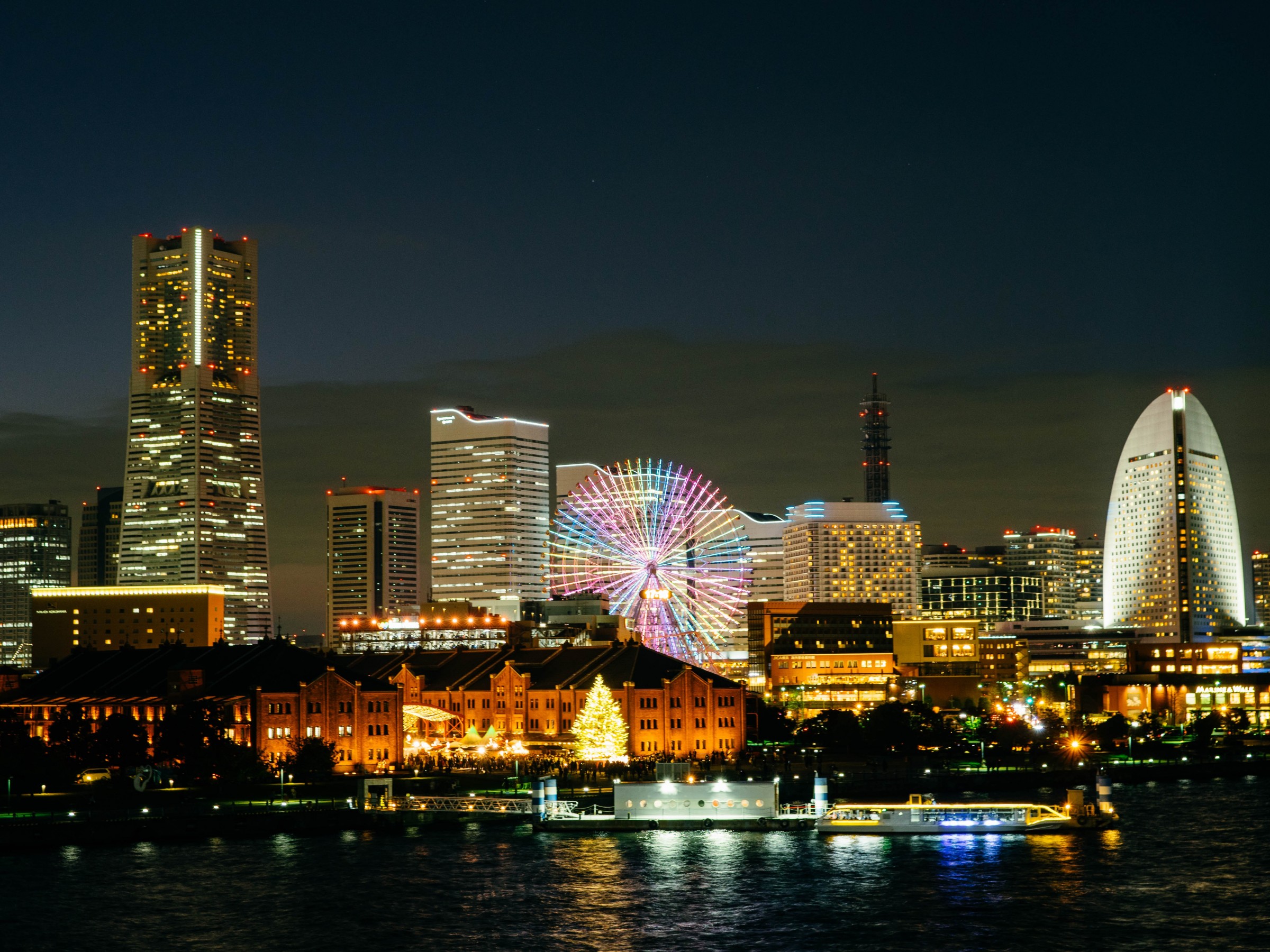 Over the years, Yokohama and Tokyo have grown so massive that they’re now one giant, sprawling megalopolis — but Japan’s second-biggest city retains a unique character quite apart from its attention-grabbing neighbour. For a start, it was one of the earliest ports to be opened to foreign trade in the 19th century, which has left it with a distinctly cosmopolitan flavour — think seafront shopping centres in red-brick warehouses, and one of the biggest Chinatowns in the world. It’s also home to the Cup Noodle Museum — an unexpectedly fun celebration of the humble instant ramen! 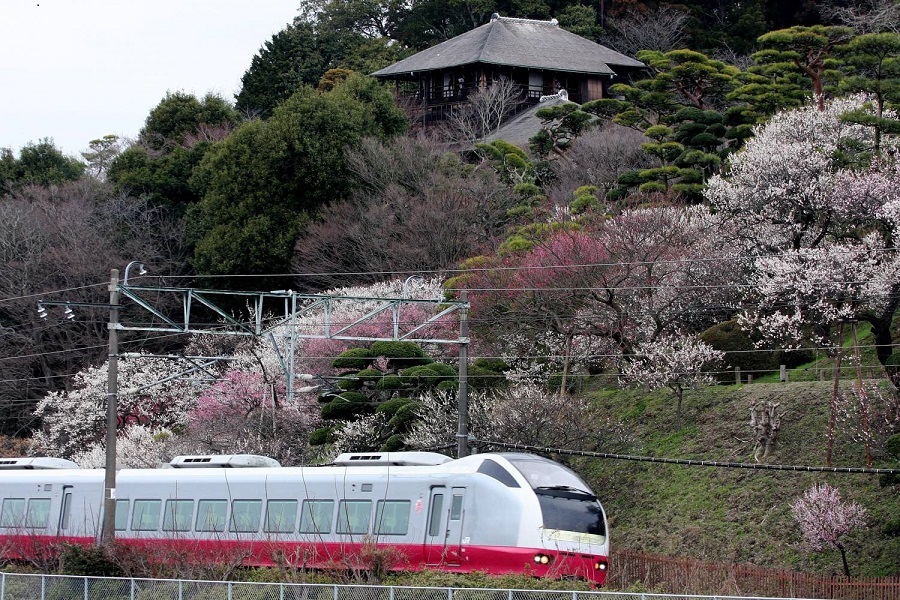 Once a major power base for the Tokugawa Shogunate, now an unassuming city known for its (famously smelly) fermented natto soy beans, Mito doesn’t often appear on the traveller’s radar — which is all the more reason to go there. It also has a hidden secret: it’s home to one of Japan’s top three most beautiful landscaped gardens, Kairakuen, whose 3,000 plum trees are spectacular when they bloom white, pink and red in spring. You know that iconic image of Mount Fuji reflected in a glassy lake, festoons of cherry blossom in the foreground? You’re probably imagining Kawaguchiko. The most easily accessible of the five lakes surrounding Mount Fuji, this is a really stunning place to view Japan’s tallest and most famous mountain (when the weather obliges, of course). It’s beautiful at any time of year, but it’s particularly stunning during the autumn leaves, when the skies are clearer and maple trees create tunnels of red around the lakeshore. 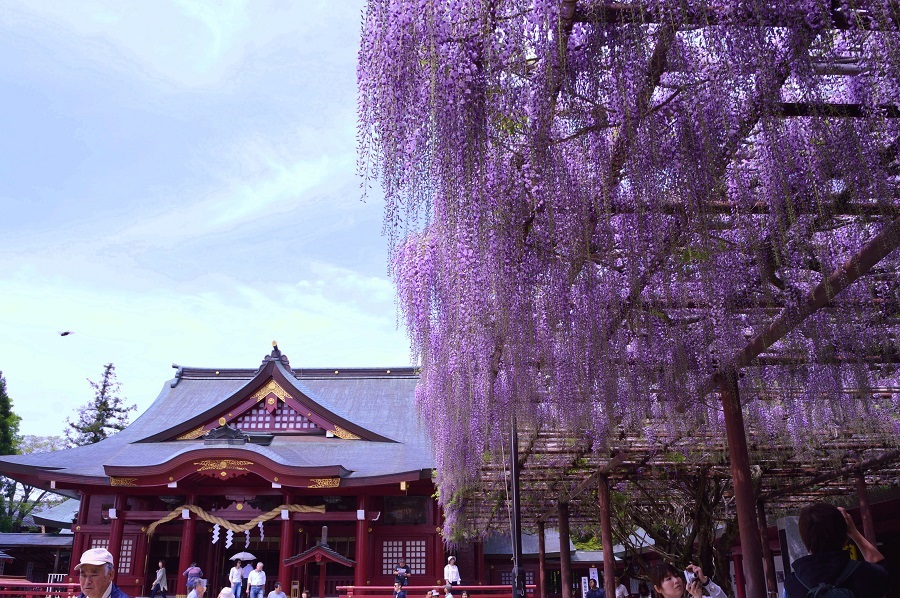 Back in the Edo Period, Kasama was an important castle town and post station for the Tokugawa Shogunate. Now, most people have never heard of it — but it’s a wonderful day trip from Tokyo, known for its 1,300-year-old Inari Shrine, signature “Kasama-ware” pottery, and cute streets full of arty shops and galleries. Visit at the right time of year and you’ll even get to join in with the Azalea Festival or the Pottery Festival — both fantastic opportunities to let your hair down with the locals.