Built on the shores of a natural bay, Nagasaki's rich history as a trading port is reflected in its local culture, cosmopolitan atmosphere, and the diversity of its architecture. This is a city that deserves to be renowned for a lot more than the atomic bomb. 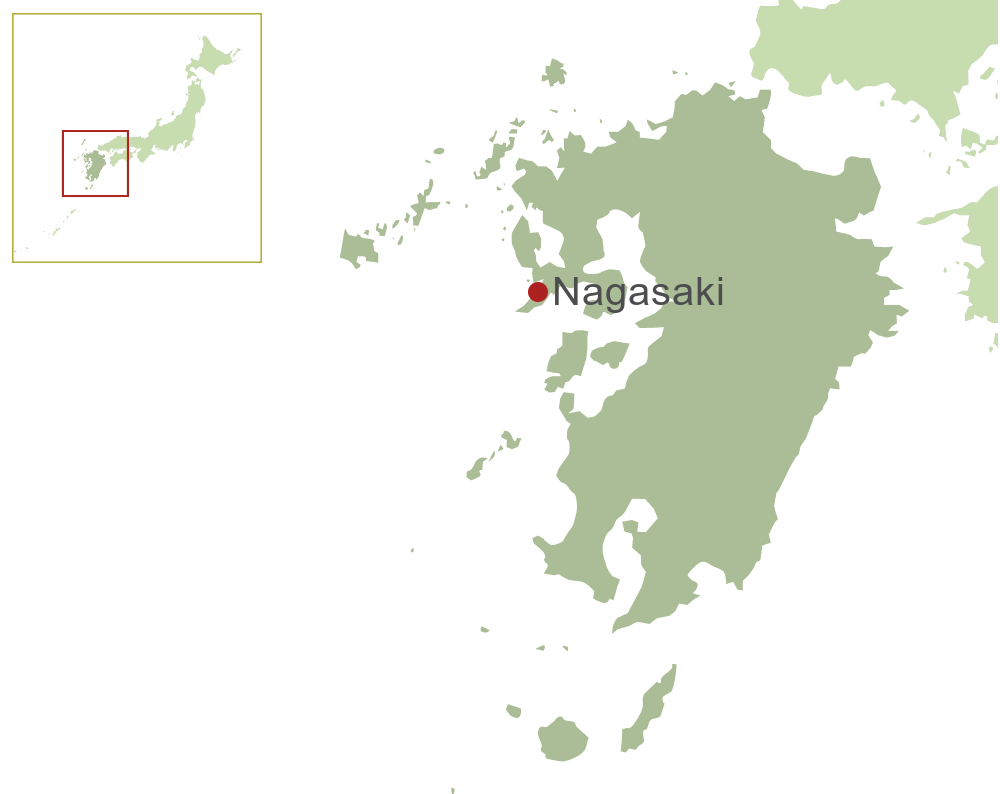 Japan's first contact with the West took place in Nagasaki with the arrival of missionaries and traders from Portugal and the Netherlands. This was the only port into which foreign ships where permitted entry during the Tokugawa Shogunate, and this long history of international influence is reflected in Nagasaki's unusually diverse architecture - with Japanese shrines rubbing shoulders with Chinese temples and Western colonial-style houses.

When Dutch and Portuguese traders first began arriving in Nagasaki, they were confined to the small enclave of Dejima ("Exit Island"), a fan-shaped artificial island in the bay, connected to the mainland by a bridge. As their influence and trade grew, so did their concessions - and foreign influence gradually seeped into Nagasaki proper.

Since the end of Japanese isolationist policy (sakoku), Dejima Island has been expanded by reclaimed land and incorporated into Nagasaki so that its original ambit is difficult to make out. Nevertheless, certain historical buildings still remain, and work is underway to restore the site for posterity.

One of the most interesting parts of Nagasaki is Glover Garden, another remnant of Nagasaki's cosmopolitan past. Named after the influential Scottish entrepreneur Thomas Glover, the park contains various colonial-style mansions that were home to Western settlers in the second half of the 19th century, and is now open to the public as a fascinating open-air museum.

Somewhat later in Nagasaki's history, in 1945, an ill-fated break in the clouds led to the city becoming the target of an atomic bomb originally intended for Fukuoka. It was the second, and last, time in history that a city would be decimated by an atomic weapon. For those interested in this sombre aspect of Nagasaki's history, the Peace Museum and Peace Park in the north of the town gives an interesting and sobering insight into the background of the war and the aftermath of the attack.

With its easy-to-use tram system and attractive vintage streetcars, Nagasaki is a joy to explore. Blessed with a cosmopolitan and relaxed atmosphere, the city is remembered by many visitors as one of the most pleasant experiences in all Japan. To cap off your visit, we highly recommend an evening cable car trip to the top of Mount Inasa-yama for a spectacular night-time panorama over the city.

The following are our favourites from among the western-style hotels and Japanese-style inns of Nagasaki.

Nagasaki offers a wealth of exciting experiences that will help you get beneath the surface of Japan's fascinating culture. See below for a few of our favourites

The Climate Guide for Nagasaki, Japan is perfect for planning your holiday. Monthly weather averages give the best indication of what the weather is usually like for every month of the year including figures for temperature, rainfall and sunshine.