Skip to content
Thank you for signing up!
Subscribe to our Newsletter
HOME » Home » Hibaku Jumoku: Survivors of Hiroshima

Ever since 1945, August 6th has been a big day in history. 2020 marks the 75th anniversary of the day an atomic bomb was dropped on the city of Hiroshima.

There are many stories that come from ‘the bomb’ which killed an estimated 140,000 people initially and thousands more over the years. It flattened Hiroshima, destroying around 90% of the city, but among the ashes, there were trees that survived. Over the ensuing years, the City of Hiroshima, tree experts, and most notably, a group of volunteers called Green Legacy Hiroshima have lovingly tended the Hibaku Jumoku ‘Survivor Trees’.

As human survivors become scarcer, the trees become a more significant reminder of events and the message of peace. The Green Legacy Hiroshima has continued to protect the trees and to spread the story of Hiroshima and hope across the globe, through Hibkau Jumoku seeds and saplings.

The story of Hiroshima is always a difficult one to hear, but the Hibaku Jumoku ‘Survivor Trees’ is a tale of inspiration.

Earlier on this year, we interviewed British artist, Amanda Chambers who told us about her time in Japan creating working with the Green Legacy Hiroshima, and a series of works inspired by Hiroshima and the fibres of ‘Survivor Trees’.

“It was a little daunting dealing with such a well-known incident – how can one begin to say something new?

But I think we return to these momentous events because they still have traction – and as the world appears still very unstable in both political and environmental terms – the story of the Hibaku Jumoku is particularly relevant.

The themes of survival, hope and resilience were at the heart of this project. I also felt it was particularly Japanese to allow nature to tell us something about ourselves.

But I also felt that it was the Japanese people I was honouring with this work. My contact with Japan has changed my outlook on life, so I hoped the project mirrored the human story of survival and resilience shown in the aftermath of the bombing. In visual terms, the project was highly experimental. A lot of the finished works were fragile and impermanent, and this was an important connection to ‘Wabi-Sabi’ – the Japanese aesthetic philosophy that inspires my work.

The process was also unpredictable, and I enjoy this aspect of surprise when a work is encouraged to take on a life of its own. Using a wood kiln was also essential to the project. It was a deliberate and symbolic act to bring actual fibres from the Hiroshima trees back to the flames – to commemorate the conditions they had endured. 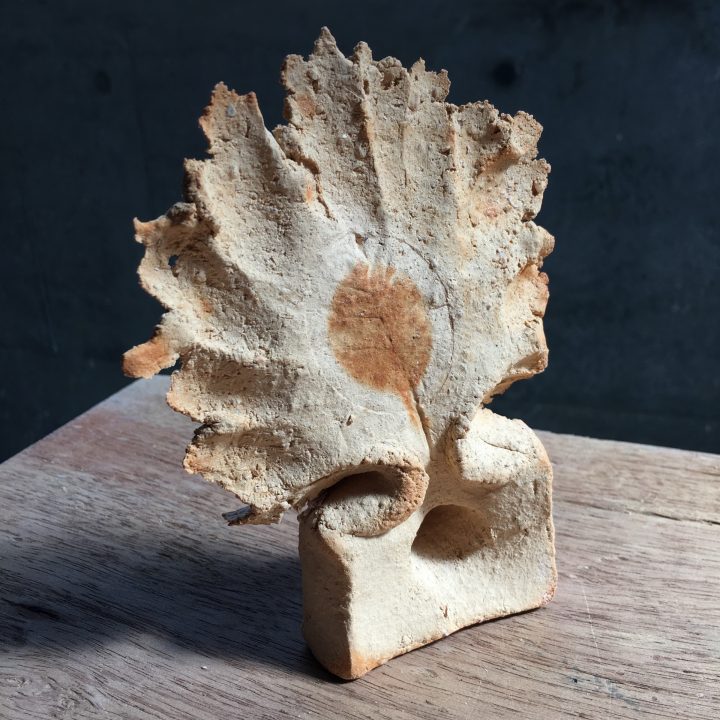 Although my work often deals with conflict and loss there is an underlying message of hope. The survivors in Hiroshima who looked up at the green shoots from the blackened trees needed to see hope somewhere. Today projects like Green Legacy Hiroshima who nurture seeds from the Survivor Trees and send them around the world, provide a positive message in a growing climate of uncertainty. I believe art can also rise to the challenges we face and provide both a commentary and a spirit of optimism.

Nature is universal. It has the extraordinary potential to connect us despite our cultural differences. It has so much to tell us, so much we still don’t know. It’s not too late to start listening.”

Amanda will be exhibiting some of her work from the Hibaku Jumoku project at the White Conduit Projects in London from 28th October – 29th November 2020.