Skip to content
Thank you for signing up!
Subscribe to our Newsletter
HOME » Blog » Tiny torii of Kyoto

As you’re strolling around the narrow streets of Kyoto, you might notice little red torii gates, affixed to the walls or tucked down on the ground. Usually, a torii gate is a sure sign there’s a shrine nearby, but here it’s just a blank wall. What’s up with that? 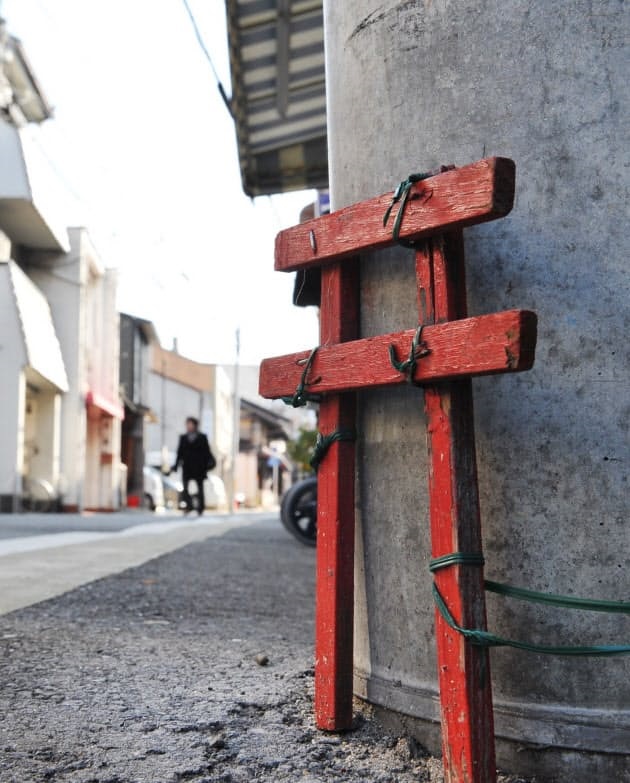 There’s a rather down-to-earth explanation for this! In Japan’s Shinto religion, a torii is the gateway between the sacred and the profane, and are found at the entrance to all shrines. Although there’s no shrine behind the little red torii, it’s still denoting a sacred space and Japanese are expected to behave similarly. The little torii are in fact there to protect the neighbourhood from drunks urinating against walls, or dumping rubbish.

The story goes that back in Japan’s Edo Period (1603-1868) Kyoto was well-provided with public toilets. However, these were closed down at the start of the Meiji Period (I’m not sure why, but if I had to guess I’d say this would be connected with Japan trying to smarten up its image as it aligned itself with 19-century European values, and cracking down on public urination). Predictably, with no toilets available, people started sneaking up quiet backstreets for a widdle. Someone hit on the idea of putting a tiny torii on the wall of their house (“pee on this, and the gods will curse you!) and the practice took off.

Luckily Kyoto is once again well-supplied with toilet facilities, but the little torii remain. Late-night drunks and people looking to get rid of their rubbish on the sly still need discouraging, after all!