Skip to content
Thank you for signing up!
Subscribe to our Newsletter
HOME » Home » Japan abdication 2019: Everything you need to know

With a flurry of excitement around the emperor abdication, tour leader Mark Hobold explains what is it that makes the new Reiwa era is so momentous.

In July 2016, NHK announced breaking news: Emperor Akihito was to retire and hand the title to his son, Prince Naruhito. In most constitutional monarchies, if somebody’s old and wants to retire to be with his family, it’s no big deal. He put in a lot of work after all, and he is 85!

In Japan, it isn’t so simple.

A huge stir ensued with many pointing out that the American drafted post-WWII constitution made no procedural allowance for abdication. When scholars looked back at the pre-WWII 1889 Constitution of the Empire of Japan, they also discovered such an allowance was deliberately omitted.

I don’t want to give the impression that this caused a full-blown constitutional crisis, but the issue did have to be resolved by the Japanese Supreme Court. Surprisingly, abdication quickly became legal in June 2017, and over the following months, committees laid out the process, rituals and public celebrations for this historic event. 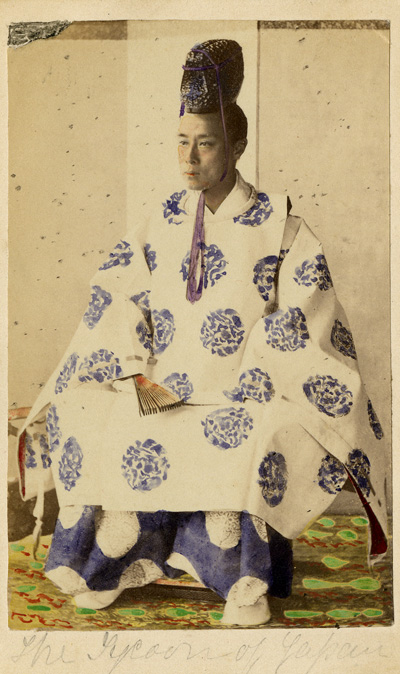 The last shōgun stepped down in 1868, leaving control of the government to the imperial court and ending more than half a millennium of samurai rule. Traditions say emperors have been around since time immemorial, but they haven’t had any power since the 1180s.

These era names aren’t just abstractions. While the average person on the street in Japan may be bored to tears by the legal intricacies of one emperor’s abdication and the ascension of another, their lives will be affected by the transition. Government documents, hospital registration forms, driver’s licenses, diplomas, contracts, ID cards – you name it – regularly use gengō or era names. As well as a new name, there will also be changes in work schedules, broadcast programming and domestic travel.

Of course, people use the Gregorian calendar and Western system of years, but everyone under the age of thirty has only known the Heisei Era. The Shōwa Era evokes an image of post-WWII economic recovery in the 60s, 70s, and 80s (and while all that WWII stuff seems like a million years ago, even that was Shōwa!)

Back to the present. The new era name, 令和 Reiwa, was announced on April 1, 2019 – irony not lost on Japanese and expats. The name led conspiracy-theorists and non-native speakers of Japanese to read something nefarious into the characters; in modern Japanese, the first character means “imperial command” (but in the ancient, it can mean “beautiful”) and the second means “harmony” but can also mean “Japanese”. However, the term has nothing to do with imperialism – that would be a bit over the top anyways, if you think about it. It’s a reference to a classical 8th-century poem. Here’s a widely circulated translation:

“It was in new spring, in a fair rei (month), when the air was clear and the wind a gentle wa (breeze)”

With no official translations for Japanese era names, the best I’ve seen are: “auspicious harmony” and “beautiful harmony”, coloured with a nuance of cultural pride. Prime Minister Abe Shinzō said it reflects a new culture of people coming together.

Public celebrations in 2019: What to expect Today, after a series of private Shintō rituals at the Imperial Palace and the mausoleum of the Shōwa Emperor, Emperor Akihito and Empress Michiko will make their final, formal public announcement to the people of Japan – and the world – to say that they are stepping down. In English, their titles will be “Emperor Emeritus” and “Empress Emerita”.

The date was chosen to elongate Golden Week, a smattering of public holidays that result in the longest official period of days off in the calendar. People that don’t have paid holidays and are required to come in to school or work will be given a full 10 days off to celebrate this momentous occasion. Online, many Japanese are grumbling that things will be more crowded, so there’s nothing to do except stay at home. This may sound like real #firstworldproblems material, but it shows conflict between modern society’s need to enjoy the moment and Japan’s strict Confucian work ethic.

Checking the barometer of social media, there are all kinds of reactions, from conspiracy theories to antipathy, to genuine excitement. But since the announcement of the new era name, we’ve seen an explosion in souvenirs, calendars and retrospective books. As a transition that has occurred only four times in 150 years, everyone knows this is a historic moment, making it exciting for all of us in Japan.

1. The imperial family has no last name

Yes, you read that right. They are the descendants of the kings of an ancient province called Yamato, so are sometimes called the Yamato clan. In Japanese, the terms “clan” and “family/house” are often interchangeable, however, Yamato is not a family name. Ancient texts say the line was founded in the 600s BC (impossible), but records and archaeology show the family was in control by 600 CE, making this the longest-running extant royal bloodline.

Since the 600s, emperors regularly retired and were called cloistered emperors (daijō tennō), a system that usually eliminated messy succession problems. Cloistered emperors advised successors from behind the scenes or served as imperial regents. When drafting Japan’s first modern constitution (post-1868), the Meiji Emperor wanted to include an option for retirement to the position of daijō tennō, but the Prime Minister at the time thought the emperor should be above petty politics and the allowance for abdication was not included.

Some argue this created a rift between military, government and imperialists, leading to Japanese fascism in WWII with the military gaining influence over the government and the emperor becoming a chess piece. While this may be true, being a product of his time and having no constitutional escape mechanism, Emperor Hirohito was probably complicit.

Daijō tennō can be abbreviated to jōkō. The Imperial Household Agency announced after abdication, with no explanation, that Akihito will be called jōkō – completely ignoring the ancient term daijō tennō. Some speculate this is to detach the current imperial family from the Empire of Japan and the use of their name and symbolism by ultra-right-wing nationalists.

4. Reigning names are a ‘new’ thing

Before 1868, era names changed frequently and had nothing to do with imperial reign. Emperors chose the names, often with the help of a hand-selected team of intellectuals from the Kyoto court and the Edo court (Tokyo). If there was a pestilence, natural disaster or new military victory, new era names were established. The Edo Period (1600-1868), the most stable and peaceful stretch of Japanese history, had 37 unique eras.

If you say names like Hirohito or Akihito to Japanese people, don’t be surprised if they don’t know who you’re talking about. Technically, post-1868 era names are posthumous, and there’s a taboo against using this posthumous name while the emperor is alive. While on the chrysanthemum throne, he is referred to as “the current emperor” or “the reigning emperor”. After his death, he will be called the Heisei Emperor (or Emperor Heisei – this difference only exists outside of Japan where he is simply Heisei Tennō).

6. There is no chrysanthemum throne

Speaking of the “chrysanthemum throne”, there’s no actual chrysanthemum throne, this is just a literary term that gets bandied about in the English-speaking world. If you translated the phrase into Japanese, nobody would know what you’re talking about. However, people immediately recognise kiku no go-mon (the chrysanthemum crest) – the imperial family’s coat of arms. If the emperor wears traditional courtly garb, he will be depicted in the traditional Japanese style: seated on the tatami mat floor.

I try to keep my blogs short and sweet but there’s a lot to unpack with this imperial abdication. When you visit Japan, you’ll know more than the average person – you might even have a little fun asking people how they spent their unprecedented 10 days off!

Join one of our expert tour leaders to discover Japan’s culture in style on our Japan Enchantment Small Group Tour, or explore ancient sites and historical districts independently on our Traditional Japan Self-Guided Adventure. 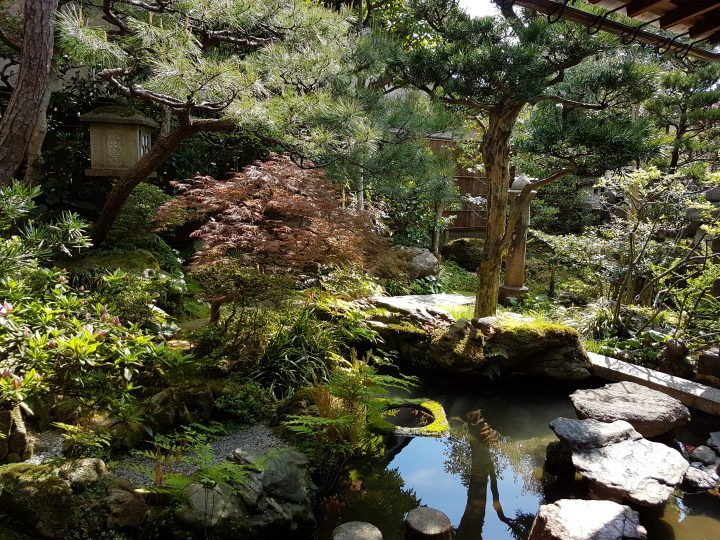