Skip to content
Thank you for signing up!
Subscribe to our Newsletter
HOME » Home » Rugby World Cup: Our favourite cities

The first ever Rugby World Cup in Asia is coming to Japan this year. To say we’re excited is an understatement. The first game will be on the 20th September and the final match (with fireworks and anticipation aplenty) will be on the 2nd November. Our rugby travel team have picked five of their favourite host cities and the best ways to make the most of your time in Japan. 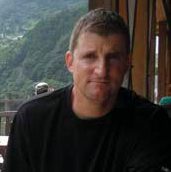 Ben, an InsideJapan tour leader and rugby aficionado, made Fukuoka his home seven years ago. He insists, rather controversially, that it is in fact the best city in Japan. Despite having oodles of entertainment, restaurants and shopping, Fukuoka is an underdog of the Japanese cities – unknown to many first-time visitors to Japan.

This cosmopolitan city certainly has enough to keep you entertained though. I suggest starting with a good dose of culture in the temple district; Shofukuji is not only the oldest Zen temple in Japan, but also home to some friendly temple cats! Indulge in some retail therapy at Canal City (a huge shopping complex) or escape the hustle and bustle at Ohori Park or Momochihama beach.

If you do travel to the beach, go up Fukuoka Tower to see the best views of the city. In the evening, lots of izakaya (Japanese pubs) serve delicious food, but there are also endless yatai – street stalls – selling tasty fare. Head to one of the hip bars in the vibrant areas of Nakasu or Tenjin to round off a busy day. 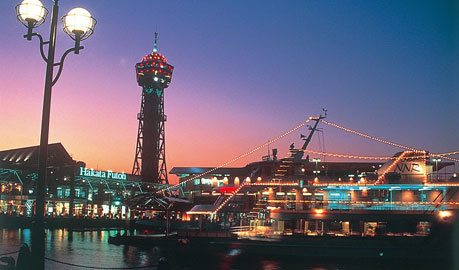 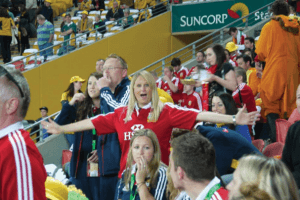 There’s nothing Louise doesn’t love about rugby or Japan (she’s the mastermind behind our rugby travel packages). The city of Osaka doesn’t do things by halves. In the evening, the streets wake up – expect flashing neon, delicious wafts from food stalls, and entertainment quarters buzzing with karaoke bars and pachinko (video game) parlours.

This is the place to try the best of Japanese street food; fill up on octopus dumplings, okonomiyaki (savoury pancakes), ramen noodles and yakitori (skewered chicken). There are lots of sports fans here too, so it’s likely to be even livelier than usual during the Rugby World Cup. In fact, enthusiastic residents have even been known to jump into the city’s canal when their team is victorious. I wouldn’t recommend it though…

While Osaka also has daytime attractions, such as the aquarium, endless shopping centres and even The Wizarding World of Harry Potter™ at Universal Studios Japan, it’s also only a short distance from Kyoto, and the impressive Himeji Castle. 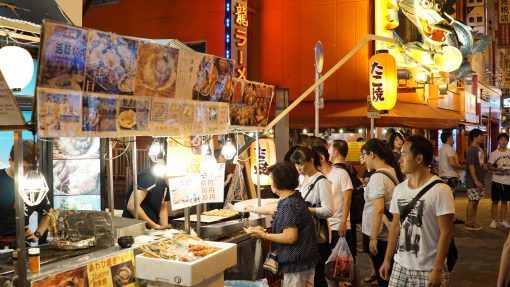 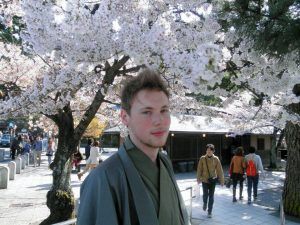 Senior Travel Consultant Kester went to university in Kobe, so he might be a little biased when he says “Kobe epitomises Japan”. With the Rokko mountain range on one side, and Osaka Bay stretching beyond on the other, Kobe will make you reach for your camera.

The city was one of the first Japanese ports to open to foreign trade and although some of the old merchant buildings remain, it was largely rebuilt after a devastating earthquake in the mid-1990s. If I had one piece of advice for first-time (meat-eating) visitors, it would be to try the city’s most famous export: Kobe beef. It is expensive, but always worth it. Rumour has it that the cows are raised on a healthy diet of beer; whatever they’re eating (or drinking), it’s certainly working.

While I lived in Kobe, I was lucky enough to have my Seijin no Hi (Japanese coming of age ceremony) at the Kobe Misaki Stadium. If the atmosphere was electric when my peers and I celebrated turning 20, I can only imagine what the city will be like during the Rugby World Cup. 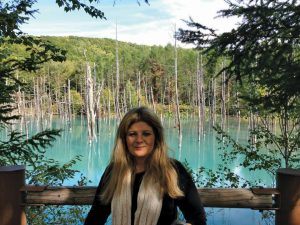 The city’s known for its sparkling snow festival in February, but there’s loads to do at other times of year too; my personal highlights include a thirsty trip to the Sapporo Beer Museum and a laidback day at nearby Otaru, a picturesque town with a canal running through its centre.

If you have a week or two to spare, drive out to some of Hokkaido’s incredible National Parks – including Shikotsu-Toya, Daisetsuzan and Shiretoko – to see volcanic mountains, huge crystal lakes and steaming onsen (hot spring baths). 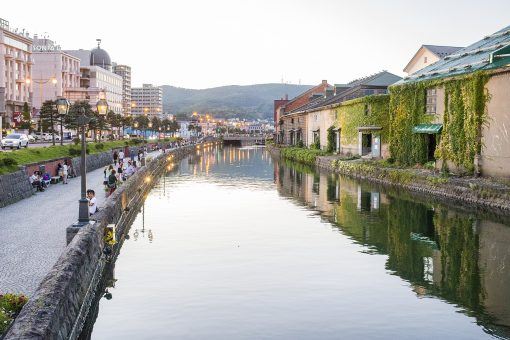 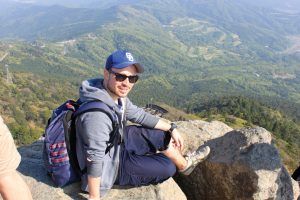 Senior Travel Consultant, Benjamin did a lot of exploring during his six years in Japan, but he will always have a soft spot for Tokyo. Japan’s enormous, sprawling capital has so many personality-packed districts it’s hard to know where to start.

I lived in and around here for six years, and still haven’t seen it all. Like much of Japan, it has a wonderful way of encompassing old-world charm with hyper-modernity. I recommend taking in the old by starting in the quaint Asakusa area; this old merchant quarter with the incredible Senso-ji temple feels like a world away from the city’s heady skyscrapers. Then head to the Harajuku area – home to all things kawaii (cute), before walking through Yoyogi Park to Meiji Shrine.

Dart across the city to tackle Shibuya’s famous crossing, go shopping in swish Ginza, visit museums in Ueno, see the bright lights of Akihabara’s gaming districts (complete with maid cafés), and finish it all off with a frozen beer in Shinjuku’s Golden Gai area. All that and we haven’t even scratched the surface… 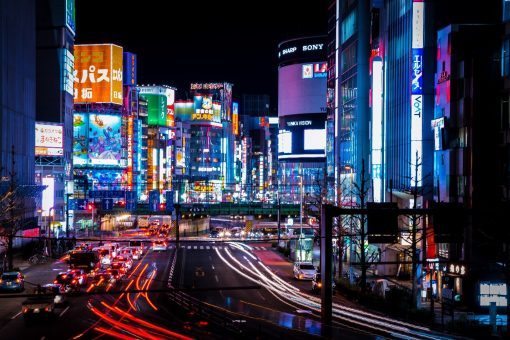 Still not firmed up your own World Cup plans? There’s not long to go! For information about Small Group Tours and bespoke itinerary options, visit JapanRugbyTravel.com or contact our rugby travel experts on 0117 992 7068.

This article was originally published in issue 8 of east, our travel magazine. To keep up to date with the latest travel inspiration and features from across Japan and Southeast Asia, sign up to receive east twice a year through the post for FREE! 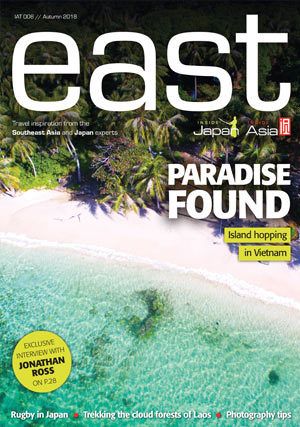