Skip to content
Thank you for signing up!
Subscribe to our Newsletter
HOME » Blog » New Year rituals and traditions in Japan

With very few Christians in Japan, Christmas doesn’t go off in a bang of carol singing, festive films and enormous feasts (unless you count KFC…). New Year’s however has its own range of rituals, traditions, food and music and is an important date in Japan’s holiday-strewn calendar.

Unlike raucous celebrations in the West (often ending up in a predictable haze of off-kilter Auld Lang Syne), Japan’s New Year festivities tend to be more traditional and low-key.

Top tip: If you find yourself celebrating New Year in Japan, remember to warmly greet people you come across. Say Yoi o-toshi wo (have a good new year) before midnight, or akemashite omedetō (congratulations on the new year). 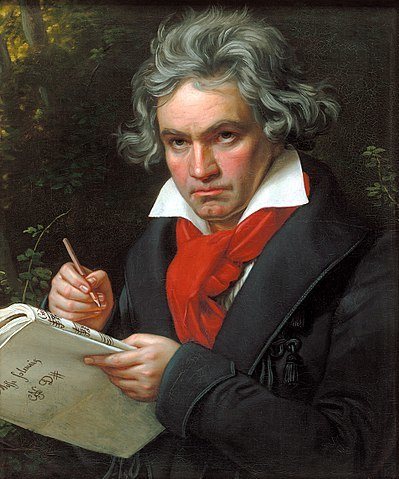 While Beethoven’s Ninth might seem the preserve of dusty symphony halls across Western Europe, it holds a warm spot in Japanese hearts. During World War I Toyohisa Matsue, the head of the Bando prisoner of war camp in Naruto, Tokushima, encouraged his German prisoners to interact with local people; run businesses; and pursue their own interests, including sports, drama and music.

In 1918, one of the camp’s orchestras played Beethoven’s Ninth, and from 1925 Japanese orchestras began playing the symphony. It became an unofficial anthem for the New Year with hundreds of choirs performing it across Japan on the 31st. Naruto is now a sister city to Lüneburg in Germany and the Naruto German House was built to honour the friendship between the German and Japanese people. Some of the prisoners even chose to stay in Japan after the war had ended.

2. Give money to children – Otoshidama 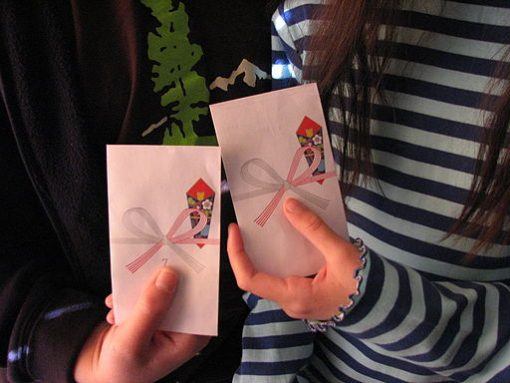 Back in the Edo period, families would give out kagami-mochi (rice cake with an orange) to children. These days a discretionary donation is made to kids in a discreet envelope – makes up for missing out on all those Christmas presents…

Kōhaku Uta Gassen is the TV show to watch on New Year’s Eve in Japan. This mammoth concert, lasting more than four hours, started back in 1953, but remains a popular fixture today. Some of the country’s best artists are chosen to perform in two teams: the “red” team, made up of female artists, and the “white” male team for the prestigious victory of being the nation’s New Year’s winner. 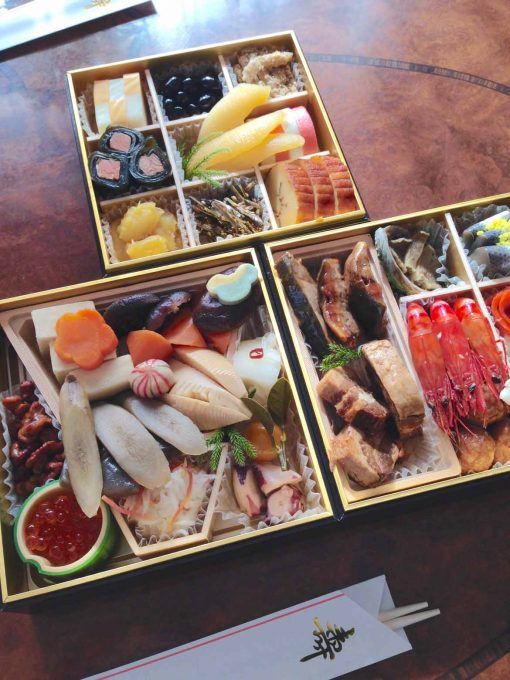 Japanese people have something far more beautiful than our turkey and trimmings affair. One of the most significant (and pretty) New Year’s dishes is the osechi-ryōri filled with lots of bite-size treats and served in special boxes called jūbako.

Just before midnight, it’s not uncommon to bid farewell to the year with a hearty bowl of toshikoshi (year-crossing) soba. There are many theories for their popularity. It’s an easy dish for busy families to prepare; the hardy wheat symbolises strength for the year ahead; and the soba’s length makes it easy to cut off the previous year.

It’s also rare to have New Year without a good helping of mochi. These sticky dumplings are made from pounding boiled sticky rice and flavoured with various flavourings (tastier than it sounds).

5. Visit a shrine or temple

As it gets closer to midnight, increasing numbers congregate at shrines and temples for Hatsumōde, the first visit of the year. At Buddhist temples, a bell is rung 108 times to represent each one of the 108 earthly temptations and at Shinto shrines, cups of amazake (sweet wine) are handed out to gathering crowds. 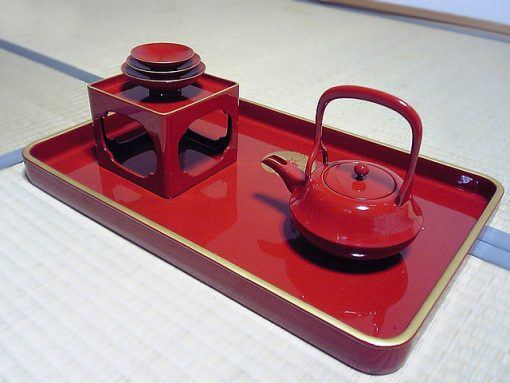 Shrine-side amazake isn’t the only drink of choice at New Year. Toso or (o-toso) is a herbal spiced sake poured from a kyusu (teapot) and sipped from three sakazuki (small lacquered cups) in order of size. Tradition dictates that family members drink in turns, from the youngest to oldest. It’s said to rid families of the previous year’s maladies and defend against illness in the New Year; we’ve never heard of a better reason to have a tipple.

Japanese people may proudly display thousands of ‘Christmas lights’ during November and December (as well as the odd Christmas tree). But between Christmas and early-mid January you’ll also spot a range of Shinto yorishiro, Japanese decorations that welcome kami (spirits).

The most common are Kadomatsu, made with three bamboo shoots (for prosperity), pine (longevity) and plum branches (steadfastness), and shimenwara made of straw rope, a bitter orange and shide (white paper strips often found at shrines).

The shimenwara are usually hung above doors to invite the toshigami (Shinto deity). The idea is that the toshigami will bless the coming year with a bountiful harvest. After mid-January these decorations are burned to release the toshigami and the kami. 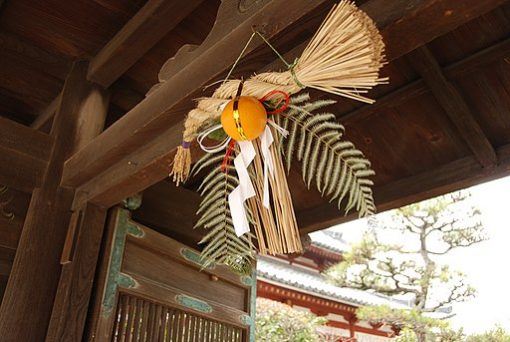