Skip to content
Thank you for signing up!
Subscribe to our Newsletter
HOME » Blog » Japan’s weirdest manga and anime in 140 characters

Ordinarily, we like to steer people away from the idea that Japan is “weird” and “crazy”. Yes, there are lots of things about Japan that are different from what you’re used to – but that doesn’t make them weird, it just makes them different. A lot of the time, Japan’s “weird” aspects (loos with heated seats and water jets, taxi doors that open automatically, capsule hotels) are just bloody good ideas, and the rest of the world should be considered “weird” for not adopting them.

But then there’s the very special world of manga and anime. They provide entertainment to millions of adults and children in Japan and across the globe, but there’s no defending Japan’s vast netherworld of comics and cartoons against charges of weirdness.

Japanese cartoons go where no Disney character would ever be seen dead, and were doing terrifying, post-apocalyptic, I’m-pretty-sure-it’s-not-OK-for-my-children-to-see-this bizarreness decades before anyone had ever heard of Adventure Time.

Now I have a tendency to ramble (and when it comes to a subject as interesting as this, I could go on forever) so I’ll keep this brief. Though I’ve steered clear of anything too gory or blue – (that’s a rabbit hole you go down at your own peril) – be warned, some of these are not for children.

So without further ado, here are 20 of Japan’s weirdest manga and anime, in 140 characters or fewer:

A teenage boy trapped in a Battle Royale-style theme park prison uses his blood as a weapon to fight his oppressors. 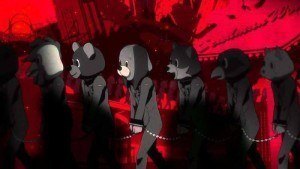 Successive generations of the Joestar family save the world from supernatural foes using superpowers called “Stands”.

(It sounds pretty standard, but I am assured that it’s not. I struggled to summarise this one in 140 characters.)

Superhuman Gourmet Hunter searches for precious foods to create his full-course meal – the most highly sought-after ingredient being GOD. 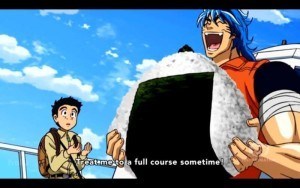 A young couple struggles to survive being repeatedly attacked by fish with mechanical legs, and a dangerous odour called “death stench”. 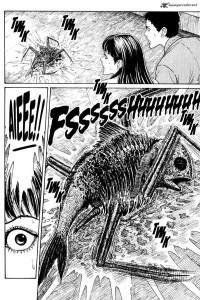 If Jesus and the Buddha were roommates in Tokyo, apparently they’d spend their days sightseeing, boozing, gaming and blogging about it. 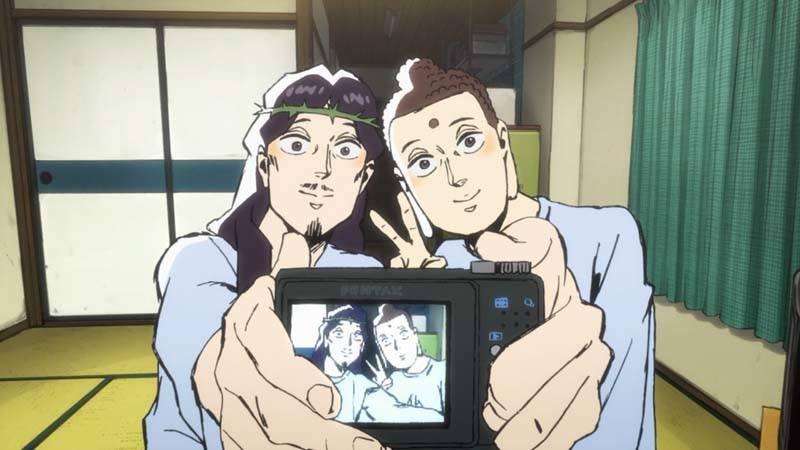 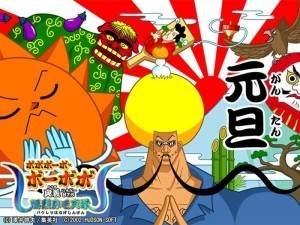 A “dandy guy in space”, his robot assistant, and an alien cat, hunt new alien life forms and hang out at a bar called BooBies. 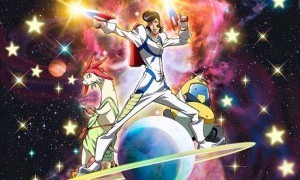 8. Lucifer and the Biscuit Hammer

Lizard Knight and college student attempt to save the Earth from a “biscuit hammer” poised to crack the planet in half. 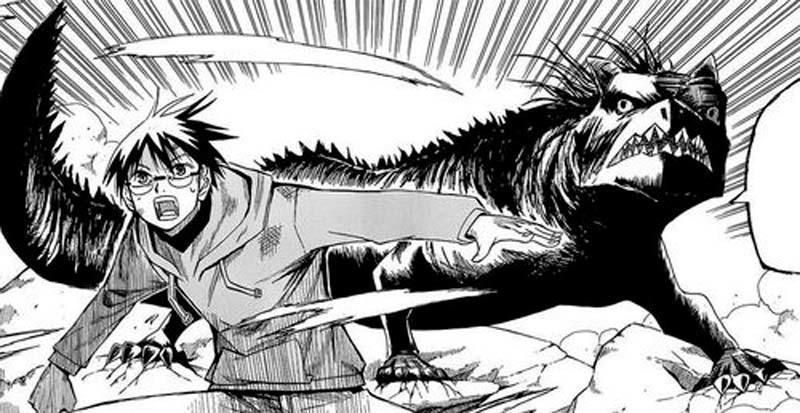 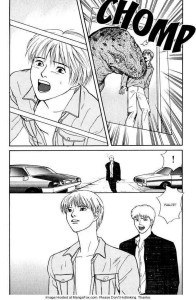 Anthropomorphic female drink cans fight each other to determine whether steel or aluminium cans are superior.

An anime of a sleeping girl designed to be played at night so you don’t feel lonely in bed. Both creepy and desperately sad. 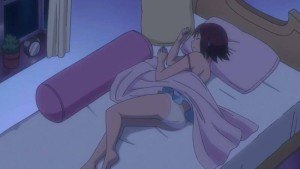 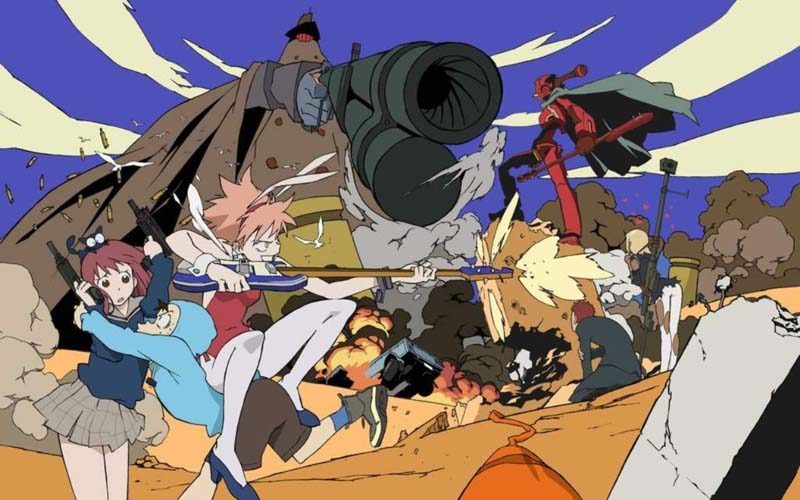 Schoolboy struggles to find a girlfriend due to his tough-guy image – until one day his right hand turns into a miniature girl. 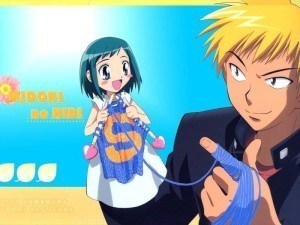 A race of people called Quaser battle it out using special powers replenished by breast milk. 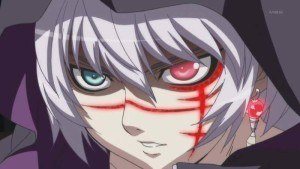 Anthropomorphised lump of faecal matter lives on a poo island with a band of multicultural poo friends. 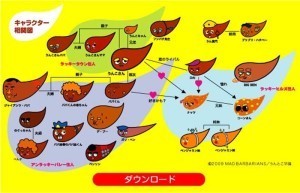 Woman wakes up one morning to find that she has become a fridge in the apartment of the man she has a crush on. 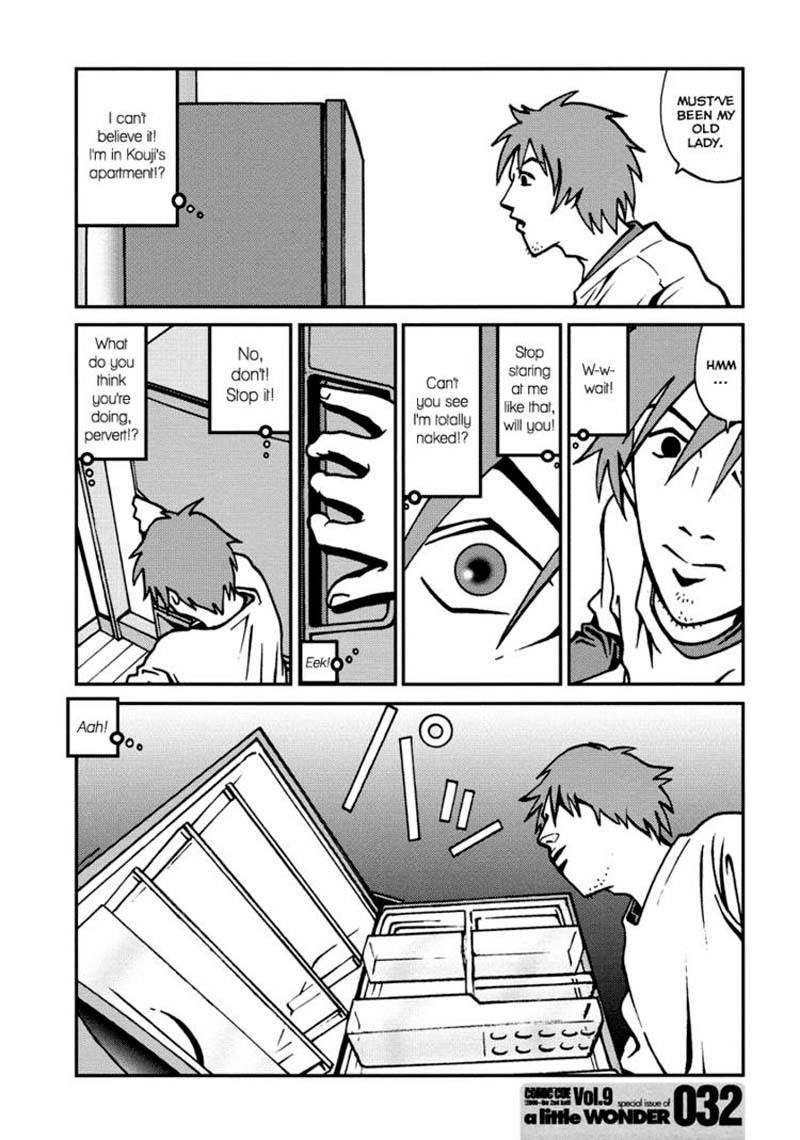 A manga adaptation of Adolf Hitler’s Mein Kampf. They went there. 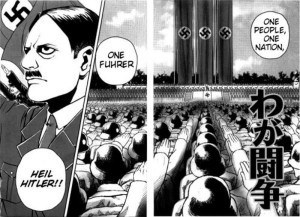 A manga about a man who has an affair with a chicken. It’s “haunting”, apparently… 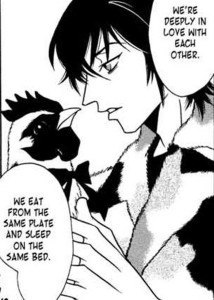 Disclaimer: InsideJapan Tours cannot be held responsible for mental scarring resulting from reading or watching any of the above.

Drop us a line if you want more insight into the world of anime and manga. Try a day tour around the streets of Akihabara to soak up the otaku life or browse the comic shops of Nakano. You may prefer to try your hand at drawing with the manga workshops or do it all together in our Manga & Anime Self-Guided Adventure.