Skip to content
Thank you for signing up!
Subscribe to our Newsletter
HOME » Blog » Why you haven’t been to Japan until you’ve stayed in a ryokan

You only need to spend a few minutes reading through our website or talking to one of our staff members before you begin to hear the word ryokan being bandied about. But what does it mean?

Essentially, a ryokan is a traditional-style Japanese inn – and you haven’t been to Japan until you’ve stayed in one. Trust us. 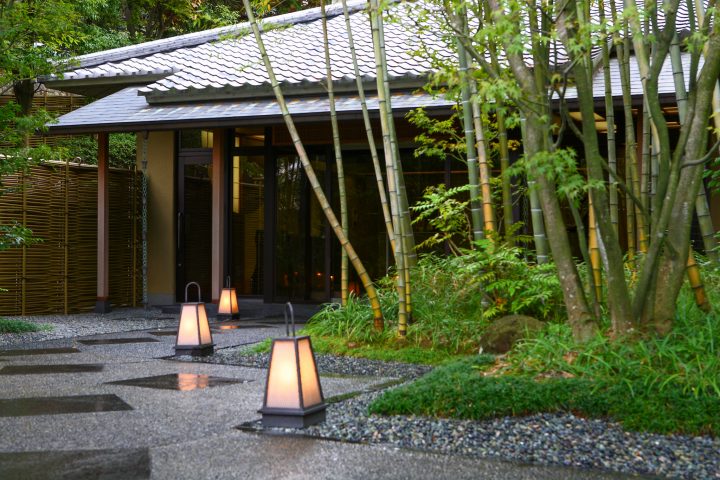 What should you expect?

Ryokan come in many different shapes and sizes, from the very low-budget to the super-exclusive, but they all share a set of similar features. Guest rooms are always be carpeted with tatami: a traditional Japanese flooring made with rice straw and woven soft rush straw. They usually also have sliding shoji screens made from translucent rice paper and a lattice of wood or bamboo.

During the day, there may be a low table and some floor cushions laid out with tea-making equipment – that is, until the evening, when an attendant will come to lay out your futon bedding on the mats (usually while you are at dinner). . 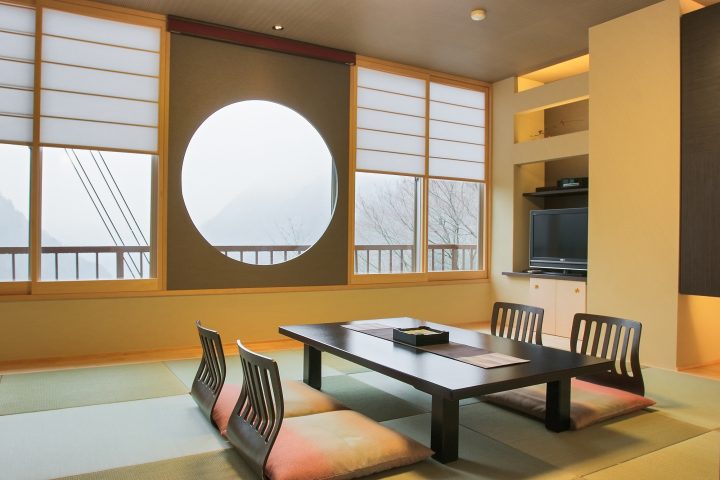 A feature of ryokan that visitors are sometimes surprised – and even disappointed – about is the spareness of the rooms, even in very high-end establishments. Decoration often consists of little more than an ikebana flower arrangement or one or two judiciously chosen ornaments. There will be precious little furniture besides a table, and perhaps a couple of floor cushions.

Though this may seem bare to Western tastes, this style reflects the traditional Japanese aesthetic principles of subtlety and simplicity. A lack of opulence should certainly not be taken as a sign that the ryokan you are staying in is somehow sub-par. 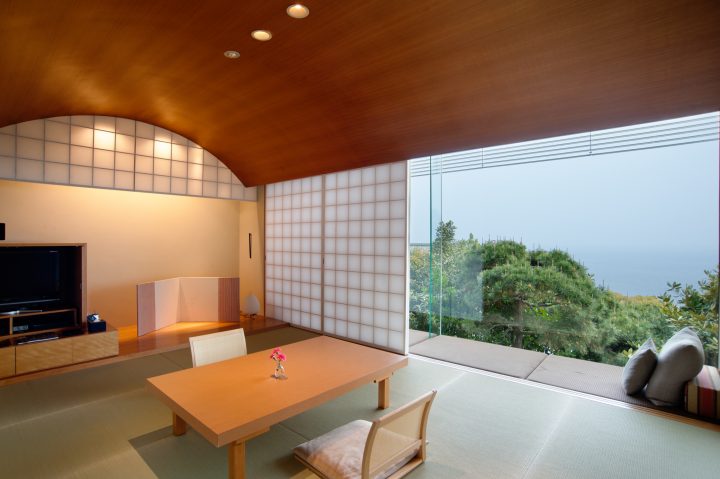 There’s nothing in my room? What on earth am I paying for?

For most Westerners, the idea of “included meals” conjures toe-curling images of all-inclusive buffet dinners, and forcing down oxtail soup while the woman next to you stuffs bread rolls into her handbag (or maybe that’s just me). But in Japan this couldn’t be further from the truth.

Dinner at a Japanese ryokan is a real treat. If you’re anything like me you may find that it’s one of the highlights of your holiday. Meals are typically served in kaiseki style, which means lots of courses consisting of lots of small dishes. Each is beautifully presented and carefully prepared using local, seasonal produce. 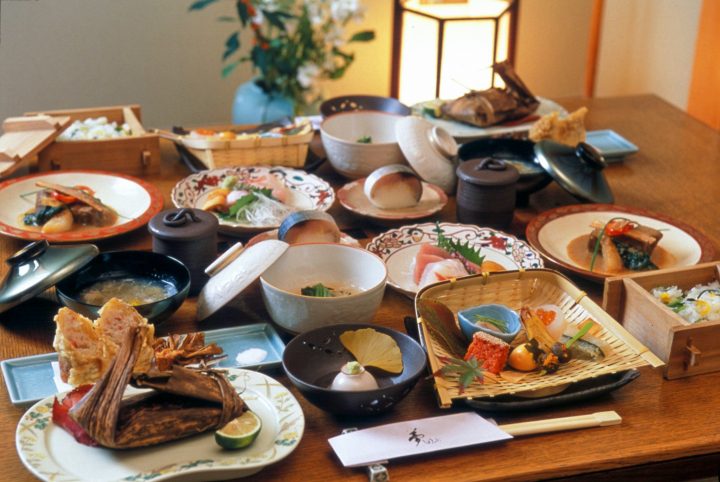 Communal bathing is another phrase that tends to send unpleasant shudders down the spine of most Western travellers. Naked? With strangers? No thank you very much. 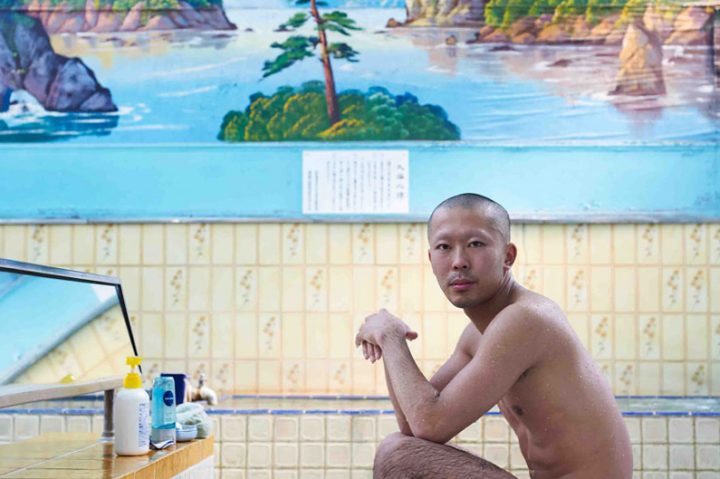 Everyone at InsideJapan felt the same way the first time we tried an onsen (a communal bath supplied by natural hot spring water), but there isn’t a single one among us who wouldn’t strongly advise you to take the plunge! Onsen-bathing is an integral part of Japanese culture. There is even a term for the bond of friendship formed in an onsen: hadaka no tsukiai, or “naked communion”. You will undoubtedly feel awkward at first, but it’s such an ordinary part of life in Japan that you’ll find that you soon relax. 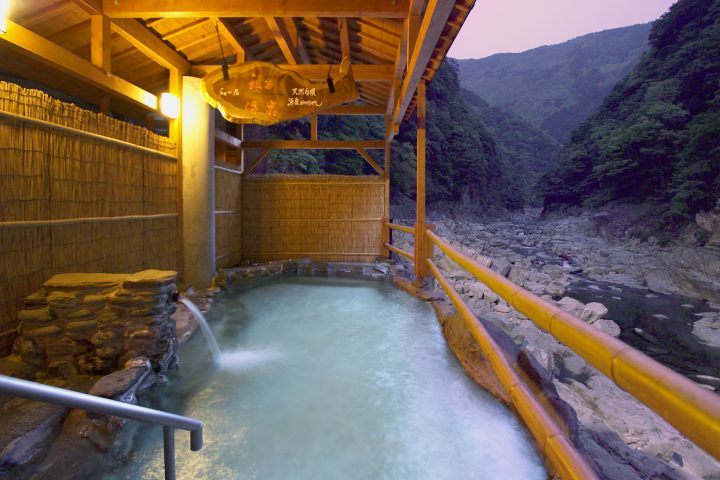 Every ryokan has communal baths (one for men and one for women – mixed bathing is rare), and there are usually both indoor and outdoor (rotenburo) baths. The better the ryokan, the larger and more lovely the baths. You may even find that there are a variety of different styles of bath, as well as saunas, sand baths and even spa treatments in the very high-grade ryokans.

If you can’t pluck up the courage to bare all in an onsen, you don’t have to miss out! Many ryokan guest rooms boast private onsen baths, or have a public bath that may be booked for private use. 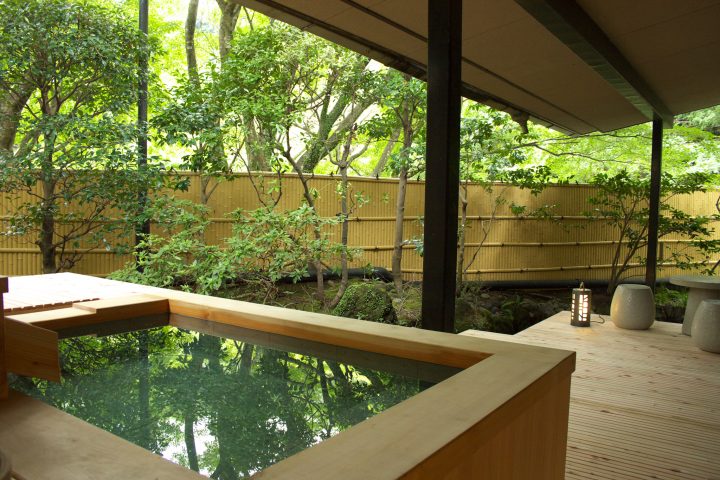 The final (and perhaps most important) arbiters of ryokan quality are your hosts. Nobody takes hospitality and good service (called omotenashi) as seriously as the Japanese. At a good ryokan you will be received in flawless courtesy and treated like royalty for the duration of your stay, as your hosts pull out all the stops to ensure that your needs are met.

…And that’s why you haven’t been to Japan until you’ve stayed at a ryokan! 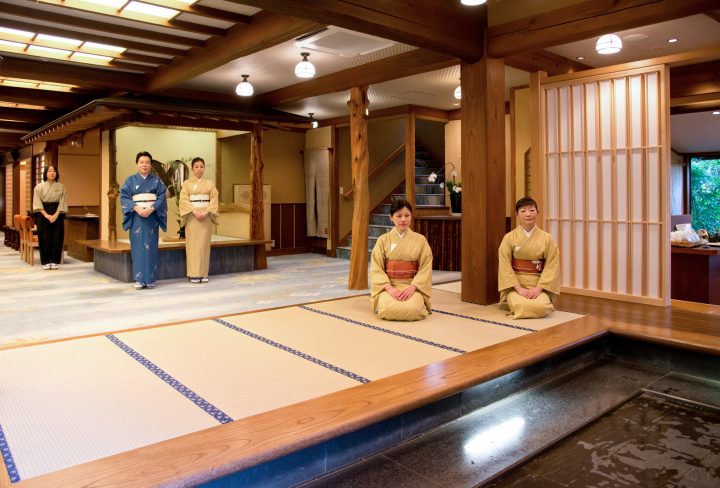 Here’s TwoToTokyo and their MTV Cribs-style introduction to a ryokan: the Tanabe in Takayama.

Some tips to remember during your ryokan stay: