Skip to content
Thank you for signing up!
Subscribe to our Newsletter
HOME » Home » Snow Monkey – 5 unique animals from Japan

It’s Winter and there is lots of snow in Japan. We can’t resist some of those ‘Snow monkey’ pictures. 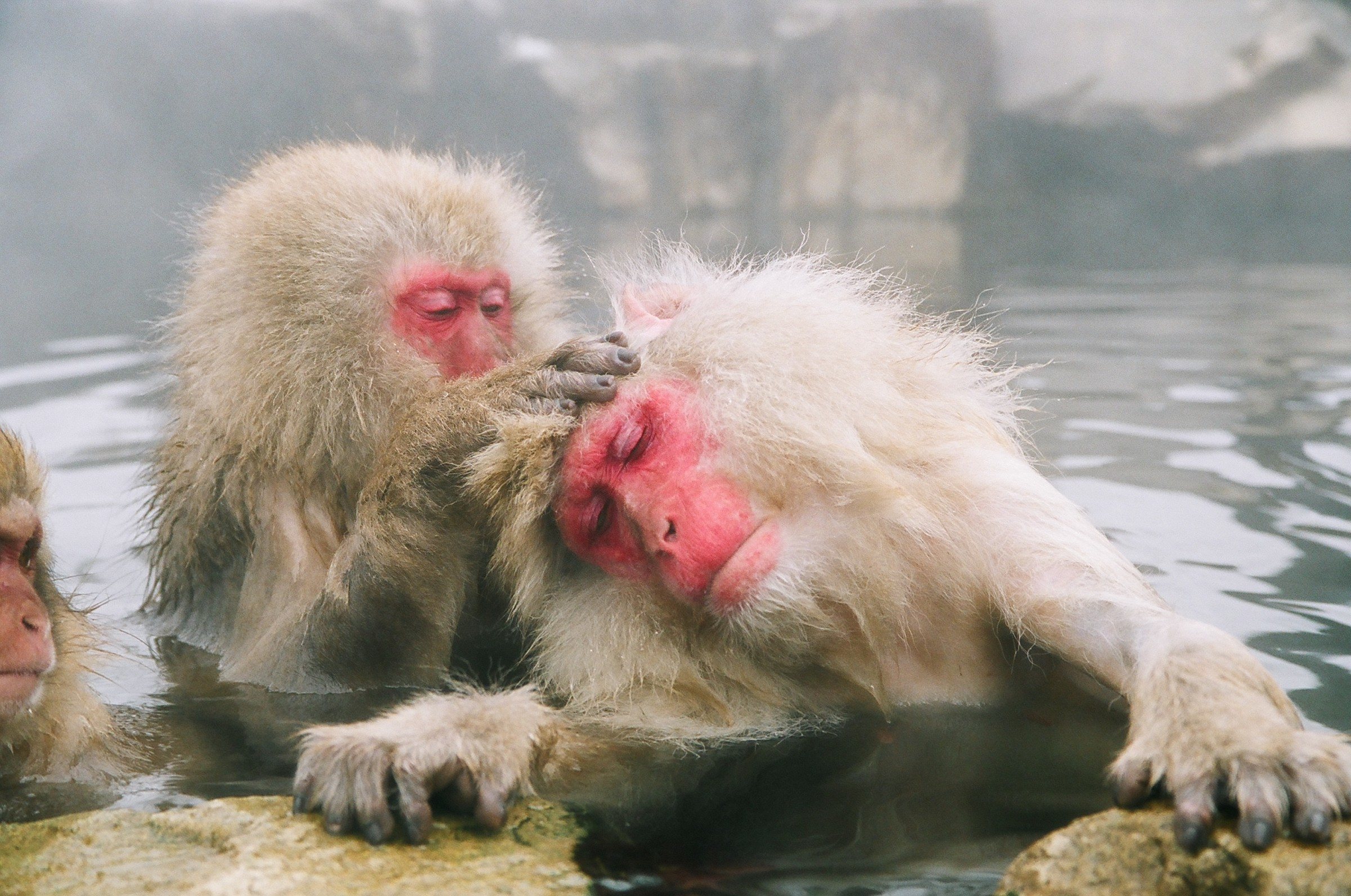 In fact, some of the most unique animals in the world can be found in Japan. As an archipelago of over 6000 islands, Japan is home to many exotic animals that evolved within nine different ecoregions ranging from temperate forests to subtropical rain forests to the pine forests of colder, northern Japanese islands.

Here are a few more interesting beasts of the Land of the Rising Sun.

Tanuki
This is an animal that you may see at night time or in the daytime….squashed on the road. Resembling the American raccoon, the Japanese Tanuki, or “raccoon dog”, plays a prominent role in Japanese myths and folklore as a mischievous being who possesses shape shifting powers and the ability to pay for sake with money that later turns into worthless leaves. Keep an eye for statues of them at temples and restaurants – often with oversized testicles!  In reality, the Tanuki are omnivores that hibernate, unlike other canids that remain active all winter, and emit an extended, somewhat sad-sounding whine when communicating with other Tanuki. You can see them all over Japan, but keep an eye out in Miyajima island for the white Tanuki scuttling around in the evenings – InsideJapan tip. 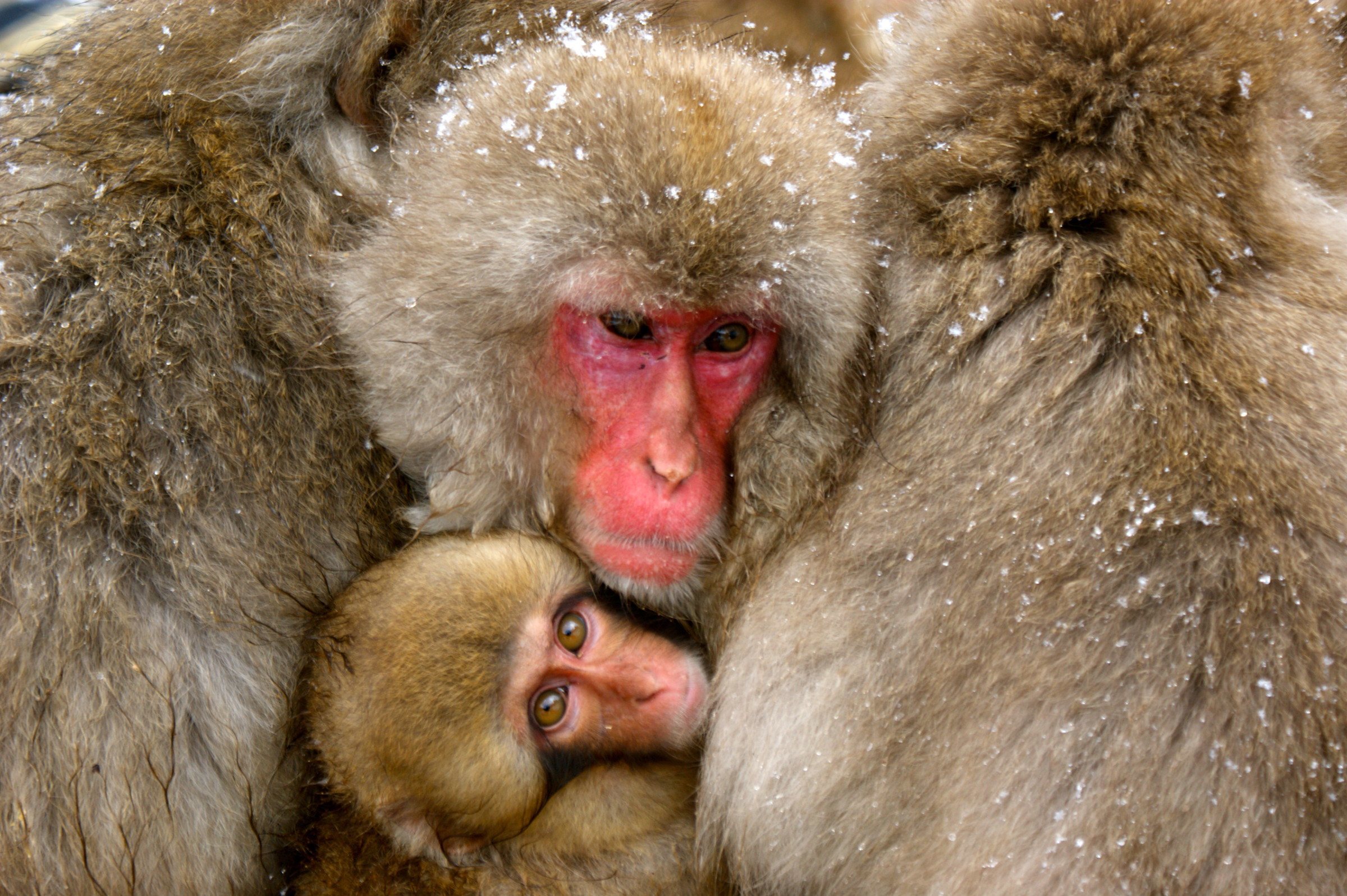 Snow monkey
The Japanese Macaque, or “snow monkey” is unique because it is the only primate living year around in cold, snowy conditions.

With their bright red faces, furry bodies, love of relaxing in hot springs, snow monkeys are a favorite attraction in the town of Yudanaka in the middle of the Japanese Alps. They are called “Nihonzaru” by the Japanese, which means literally means “Japan monkey”, but you will see them all year round in rural areas of the Japan mainland of Honshu…not always with snow though. Kamoshika
The ‘Kamoshika’ is a Japanese Serow…still no idea. It is a sort of goat / antelope that is found in the mountains of mainland Honshu. The Kamoshika was hunted to near extinction until it became protected in the 1950’s. However, populations of this slightly odd looking creature have exploded over the decades and you may bump into one of these creatures in the Japanese Alps – especially Gunma, Nagano, Tochigi and Niigata prefectures – keep an eye out for this “living national treasure of the forest” whilst travelling in the mountains. 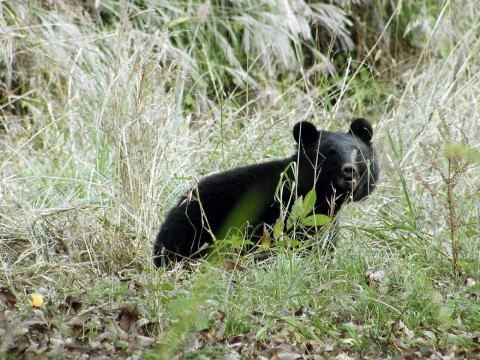 Japanese Black Bear
Yes. There are bears in Japan. In the northern island of Hokkaido, there are Brown Grizzlies, but during the summertime in the mountains of central Honshu – don’t forget, Japan is 70% mountainous – you might find the black bear. Distinguishable by the yellow crescent on its chest, the Tsukinowaguma (or the Japanese moon bear) is unique to Japan, but was hunted for many years. As a result there are only thought to be around 10,000 black bears left. School children in mountain communities in rural often wear bells on their school bags as they walk to school in order to scare bears away. There are still areas in the Japanese Alps that you will be able to see groups of them.

Japanese Pika
Found only on Hokkaido Island, Pika belong to the rabbit and hare family but differ from their cousins because they are not nocturnal and prefer running around boulders that lay at the bottom of Hokkaido’s mountains during the day, searching for food and hiding large caches of food under rocks. Young children enamored of Japanese animals and culture will love to have the chance to see a real, live Pika because the Pokémon character “Pikachu” is based on the appearance and behavior of the Japanese Pika.

There is a lot more interesting wildlife in Japan believe it or not, from flying squirrels in the mountains of Honshu to rare Lynx on the sub tropical island of Iriomote. We haven’t even mentioned the rare bird life in Japan.

We see the Macaque on the fantastic Japan Unmasked trip and as everyone loves the snow monkey, here are some more monkey pictures. Enjoy!