Skip to content
Thank you for signing up!
Subscribe to our Newsletter
HOME » Blog » Japan and South Korea: what makes them unique?

Japan and South Korea are longtime rivals that, at first glance, can appear a bit alike; after all, both are modern, mountainous East Asian countries with rocky coastlines, rich cultures, and temples galore. However, if you scratch beneath the surface, you will find that these are actually two very different places, each offering up its own unique splendors. Here we take a look at their surprising similarities and key differences as we size them up, side-by-side.

Let’s start with the similarities. Japan and South Korea are lands of rugged natural beauty, where the ancient meets the hyper-modern. The mountains offer up countless opportunities for hiking and winter sports, while the coasts are dotted with sandy beaches, sleepy fishing villages, and islands ripe for exploration. The cities of both countries are thrumming metropolises of taxis, trains, restaurants, bars, and seemingly endless neon-lit excitement, while outside of the urban areas you can soak up the languid rhythms of verdant valleys, rice fields, and picturesque temples nestled among the pines.

However, one look at these temples will highlight very fundamental differences between the two countries. Korean temples are done up in bold, vivid colors, while their Japanese counterparts are often made of beautiful, unpainted wood. This serves as a good metaphor for both cultures: Korea tends to be splashy, fast, and at times over-the-top, while Japan is all about subtlety and understatement.

Both places are worthy destinations for the cuisine alone, but a meal or two in each country will reveal stark contrasts. Japanese food relies on delicate flavors, balance, and a whole lot of umami, while Korean cuisine is spicy, salty, sweet, sour, and absolutely in-your-face. A Japanese meal can sometimes seem almost too pretty to eat, with portions that never exceed reason; Koreans are less concerned with aesthetics and more interested in a hearty dining experience that’s guaranteed to fill every stomach at the table (and then some).

Japan is an orderly society, where public manners are paramount. The streets are clean to a point approaching immaculate, and even the biggest cities possess a serenity that is at times otherworldly (with perhaps the exception of Osaka, the rowdiest of Japanese burgs). It’s a very quiet place.

South Korea, on the other hand, is cacophonous and often raucous, where K-pop blares from cellphone shops and vendors hawk strawberries, clams, watermelons, and live octopuses via loudspeakers mounted on the cabs of moving flatbed trucks. In Japan, nearly everyone obeys the rules and acts with consideration for others; in South Korea, queuing up for the bus is still more of a suggestion than a requirement, walking and smoking is commonplace, and old ladies have no compunction about shoving their way through crowds (beware of granny elbows).

That said, South Korea’s comparative chaos also injects the surroundings with energy and verve. The excitement crackling in the air is infectious, and when you stroll through its traditional markets or along those serpentine alleys and bustling streets you can’t help but feel that you’re part of something vital. It’s a country that never fails to feel alive.

Cost, of course, is always a concern when traveling, and Japan can be a somewhat pricey destination, especially when considering accommodation, transportation, and food. That said, the Japanese are perfectionists, so you’ll almost always get what you pay for. Quality and attention to detail will be found at even the humblest ramen stand, as people at all levels of society take serious pride in their work. Japanese taxis are a great example of this: while not cheap, they’re without fail shiny, clean, and driven by older gentlemen who exercise every courtesy to both their passengers and fellow motorists.

Not everything in Japan will break the bank, however. When the exchange rate is favorable, your money can go a long way, and you’ll find no greater convenience stores in the world, which can provide not just drinks and snacks, but even decent meals on the go. And if you’re a fan of whiskey, there’s no place on earth with both the selection and cut-rate prices than Japan. It’s a whiskey-lover’s dream.

South Korea, on the whole, is easier on the wallet. Nice accommodations can be had at reasonable rates and local meals are often cheap. Transportation is plentiful and surprisingly affordable—especially taxis—but some of the drivers will make you second guess your decision to get into their cabs. South Korea is the land of bali-bali (“hurry hurry”) culture, and nowhere is this more apparent than on the road, so it’s worth stressing to your taxi driver that you’re not in a hurry.

Japan is a country of designers, a place where almost everything looks cool. The architecture is always interesting and pleasing to the eye, with subtle touches and flourishes that are the perfect combination of form and function. The rural villages are so perfect in their construction and layout that they look like movie sets, and the multihued restaurant and shop signs throughout the country resemble pieces of art. Japan has also long been a center of cutting-edge youth fashion, with the streets of Tokyo and Osaka at times feeling like real-life catwalks.

South Korea developed later than Japan, so much of it feels brand new. The cities are packed with gleaming skyscrapers and high rises, and most every car on the road looks like it just rolled off the lot. The country is now a cultural powerhouse as well, punching well above its weight in the export of pop music, film, and television shows. Koreans are very proud of the fact that their nation—once one of the poorest in the world—is now looked to as a global trendsetter.

When looking at both places, the most important thing to consider is the people, and the citizens of each country shine in their own way. The Japanese are calm, unfailingly polite, and quietly proud. They also possess a kindness and generosity that is never performative, and will often go out of their way to make guests feel comfortable. This can come in many forms, whether it’s a small bow, assisting a lost tourist with directions, or even quietly paying the tab for a stranger’s meal or drink.

Koreans are very different in that they tend to wear their hearts on their sleeves. They are not shy to express their emotions, which means you usually know where you stand right away. They laugh loudly and are eager to please. Koreans can be very sensitive about how they’re viewed by the rest of the world, and as a result they’re extremely keen to present their country in its best possible light. You will see this especially with food. It’s not uncommon for foreign visitors to be waved over to a table or mountaintop picnic, where the locals will insist that you share in their meal, complete with a shot or two of soju to wash it all down.

Both of these countries are the destination you’ve been waiting for, but why listen to us? Find out for yourself! Explore our Japan and South Korea combination itineraries on the InsideAsia website for more inspiration. 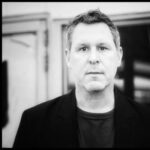 Chris Tharp is the author of “Dispatches from the Peninsula” and “The Worst Motorcycle in Laos”. His award-winning writing has appeared in National Geographic Traveller (UK), Asia Times, Green Mountains Review, enRoute Magazine, and other publications. He lives in Busan, South Korea with his wife and a houseful of animals.