Ten years ago, on 11th March 2011, a huge earthquake measuring 9.0 magnitude shook the north-east coast of Japan. In the tsunami which followed over 18,000 people lost their lives.

At a time when all our lives are turned upside down by the coronavirus pandemic, there is a danger of this day slipping away, unremarked upon outside of Japan. By way of remembrance, I wanted to share my recollections of that day.

I remember the morning of 11th March 2011 vividly. I woke unusually early and turned on the radio. Breaking news was of reports of a large earthquake off the coast of Japan (three weeks earlier I had woken to similar reports, that time from Christchurch in New Zealand and had felt almost relieved that it was not Japan that was affected). At the same time, I received an email from Ayako, our Japan branch manager reporting a large quake (magnitude 7 reported at the time) in Miyagi in Tohoku, in itself nothing that unusual for Japan. But she also told me the quake had been strong enough in Nagoya for all the offices in the central business district of Marunouchi to be evacuated, something which had not happened before and has not happened since.

Around 8:30 am Ayako emailed to say there were multiple aftershocks and there were reports of a 10-metre tsunami at Sendai port. News of casualties was filtering through, but the numbers were in the teens and twenties. She provided links to get the latest government news and sent a full breakdown of where our clients were (thankfully no one in the Tohoku region) and reports from each hotel where our guests were staying.

By this time, I was in the office and at 9 AM we held a team meeting to outline our plan of action. It seems almost surreal looking back but we had no idea as to the enormity of what was unfolding on the other side of the world. We were just concerned to find and contact all our customers in Japan, notify their relatives as to their safety and reassure the many individuals calling us about their upcoming trips. It was just 3 weeks before the peak travel season for Japan and of course the news was hugely concerning for everyone.

It was as the day progressed and more details emerged that the true horror of the situation in Tohoku started to become apparent. I was satisfied as to the safety of our clients. That was a big relief. But it was the images of the fires burning along vast stretches of the coast that really hit me hard; the realisation that early reports of small numbers of casualties were clearly just those already confirmed and that in reality many thousands were likely to have been killed. Mobile phone footage of the tsunami was broadcast across the networks; the stuff of Hollywood movies captured for real on low-resolution, shaky iPhone cameras.

I am sure everyone will remember at least in part what came to pass in the following days and weeks. News attention diverted from the immediate horror and destruction to the rapidly developing situation at the Fukushima Daiichi nuclear plant. Some newspapers howled of impending nuclear disaster on the scale of Chernobyl in the 1980’s; T.V. screens were full of nuclear experts from across the globe, their voices helping fill airtime in the relentless 24 hour a day coverage. In truth the horror was beyond my real comprehension. It was numbing and painful and frightening. 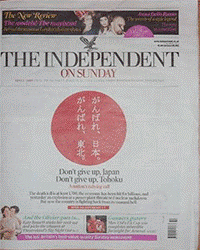 Alone amongst the UK media in offering encouragement and demonstrating some humanity was the Independent on Sunday which on 13th March ran the bold headline ‘Ganbare Japan, Ganbare Tohoku’ – ‘Don’t give up Japan, Don’t give up Tohoku’. At the time it made me cry and that image was displayed on the wall of our office for months. I always wondered who came up with that front page. It was the rallying cry of a nation and in many regards a rallying cry for me personally and for all of us at InsideJapan Tours.

When I look back on those first hours and the days, weeks and months that followed it is with a huge range of emotions. I was extremely proud of the team. The way we worked together to help our customers, to raise money for disaster relief and whilst also doing our best to save the company was inspiring. I still feel a degree of professional pride that the decisions myself and my business partner made helped to save the business when so easily we could have gone under. And I feel proud of Japan, a country that time and again has recovered in the face of adversity. I still find it incredible that when asked to reduce power consumption, the people of Tokyo cut usage not by 1 or 2% but by 20%. And of course, up until the pandemic shut down nearly all international travel, tourism to Japan has been booming as more and more people from across the globe want to come and experience for themselves Japan’s unique culture and society.

But that is only part of the story. Perhaps in the remarkable success of Japan’s recovery as a nation the human side of the story is obscured and is left untold. Because for hundreds of thousands of people in north-east Japan the, Great Tohoku Earthquake is not a historical event to look back on and commemorate but something that is still a part of their everyday lives. Long after the television news crews have departed and the newspaper headlines have been confined to the archives, the pain remains. The psychological impact of the disaster is something that will live with people for the rest of their lives. 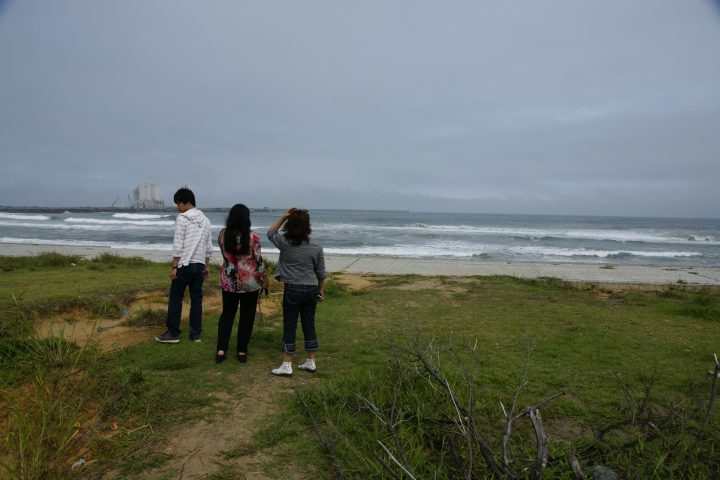 Economically much of Tohoku has exceeded pre-tsunami levels of economic activity. But the reduced population of many of the areas most severely affected by the tsunami and the challenges of re-housing local residents has meant the true fabric of the economy is still impacted. In some areas businesses can’t hire the staff they need and often where they can the sales and supply channels that used to exist are gone. It will take many more years for a new economy to emerge and perhaps for many of those affected by the disaster, this will be too late.

At InsideJapan Tours we are continuing to focus on the small part that we can play in supporting and celebrating Tohoku. It is a region rich in history and cultural heritage, with fabulous food and genuinely breath-taking natural scenery and so whereas in the couple of years immediately following the tsunami we focused mainly on fund-raising, now tourism once again is at the heart of what we wish to contribute to Tohoku.

The region is still underappreciated and under-visited by inbound tourists. Of all visitors to Japan, only 2% visit Tohoku, making it one of Japan’s great undiscovered regions. Ten years on from the tsunami the welcome is as warm as ever, and we believe that the everyday interactions that happen by visiting these areas are what make for extraordinary trips. These are the experiences that live long n the memory. 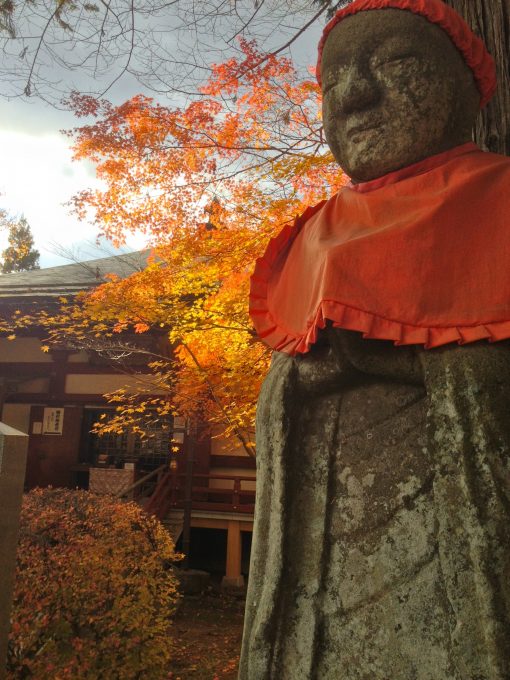 It isn’t just the rebuilding of infrastructure and central government funds that bring about healing and recovery; it is the genuine warmth of feeling that is brought by visitors who really care about what happened here and about the people who were affected so badly.

What does the future hold? At present Japan’s borders are closed to tourists and it will be the summer at least before that changes. But when travel is once again possible, Tohoku will be one of the first places on my list to head back to.

Thank you for taking time to read my personal recollections and thoughts about the Great Tohoku Earthquake and thank you for your support of Japan, both at that time and in the following years. The burgeoning interest in Japan and Japanese culture contributed hugely to the recovery of the country following the earthquake, and I know from our own customer insight surveys and reading the travel press that there is more appetite to visit Japan than ever. 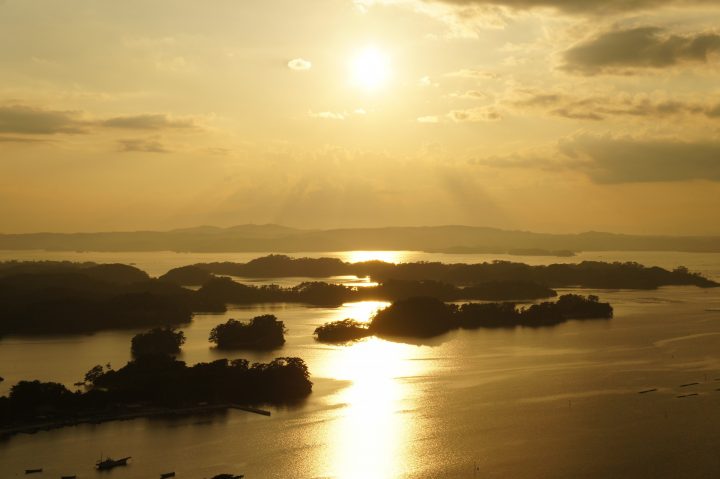 So, if you are planning a trip, whether with InsideJapan or not, why not set aside some time to explore this beautiful and inspiring region of the country. One that has suffered an unimaginable trauma but is a wonderful testament to the indomitable spirit of the Japanese people and the beauty of the country.