Skip to content
Thank you for signing up!
Subscribe to our Newsletter
HOME » Blog » The societal pressures that shape Japan

People see Japan as a country where there’s a great deal of pressure to conform to social norms. Although it’s something of a tired trope, the phrase ‘the nail that sticks up gets hammered down’ does have a degree of truth to it here.

In my eleven years in Japan I’ve been hammered down more than once after ending up on the wrong side of the expected norms – or wrongly thinking I could get away with sticking up just a millimetre or two!

Like every society across the globe, social pressures and expectations in Japan can be positive, negative or both. The harmonious and safe society that these norms create is one of the reasons I’ve chosen to make Japan my home. Still, it’s interesting to look at how some of these cultural expectations are either unique to Japan, or at the very least are quite different to those back home.

Like any nation, the formative years of childhood are when the seeds of Japanese society’s ideals are planted. I spent five years working in Japanese schools teaching English, so I saw first-hand this socialising process.

One thing I find impressive about school in Japan is that the final fifteen minutes of each day is designated as ‘cleaning time’. All students whip out rags, mops and brooms and have designated areas to clean – even the toilets.

Cleaning time at the school I worked at was always accompanied by the first four tracks of ‘The Best of the Carpenters’. Although I never want to hear ‘Top of the World’ ever again, I think this is a fantastic idea.

Cleaning time teaches children in Japan that they are the ones responsible for their own environment. If they create a mess, they are the ones who have to clean it up. In fact, it was common to see children reminding their messier peers of this fact; the beginnings of the group mentality that Japan is so famous for. 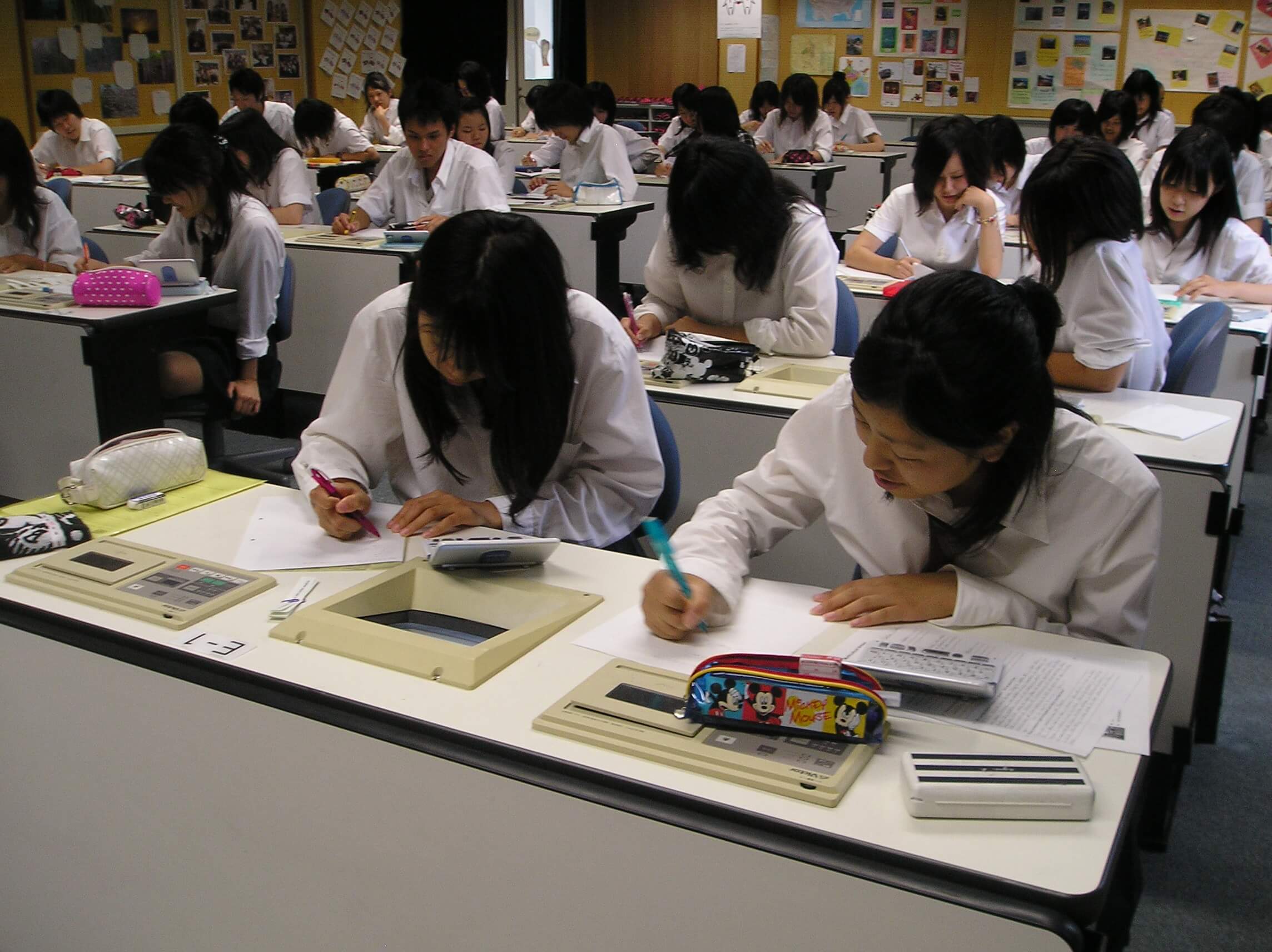 This group mentality manifests itself not just in admonishments, but also in care for members of the class ‘unit’.

Once, a boy asked to be excused from class because of a stomach ache, and didn’t reappear for some time. When he finally returned his classmates showed genuine concern for his wellbeing. I couldn’t have imagined a more different reaction from what you’d expect in the UK. Back home, a 15-year-old boy announcing that he had diarrhoea would be a laughingstock.

There is also a great deal of pressure for junior high and high school students to join an extra-curricular club. Most clubs are sports based, although there are also options such as tea ceremony clubs. Many of the sports clubs practice almost every evening – weekends and holidays as well. There’s little leisure time for young people in Japan, especially when you take into account the volume of homework they receive.

Although the amount of time dedicated to club activities is high, there are a great deal of benefits, too. Sports clubs keep children fit and healthy and encourage communication and teamwork. They also keep children busy enough to limit the amount of mischief they can make around town!

Each club has a club captain and vice-captain who take control of training, often without adult supervision, for hours at a time. This system also introduces the ‘senior/junior’ hierarchy which will later become a defining feature of working life. You should consider students just one grade above you to be your superiors – and if they tell you to jump, you jump! 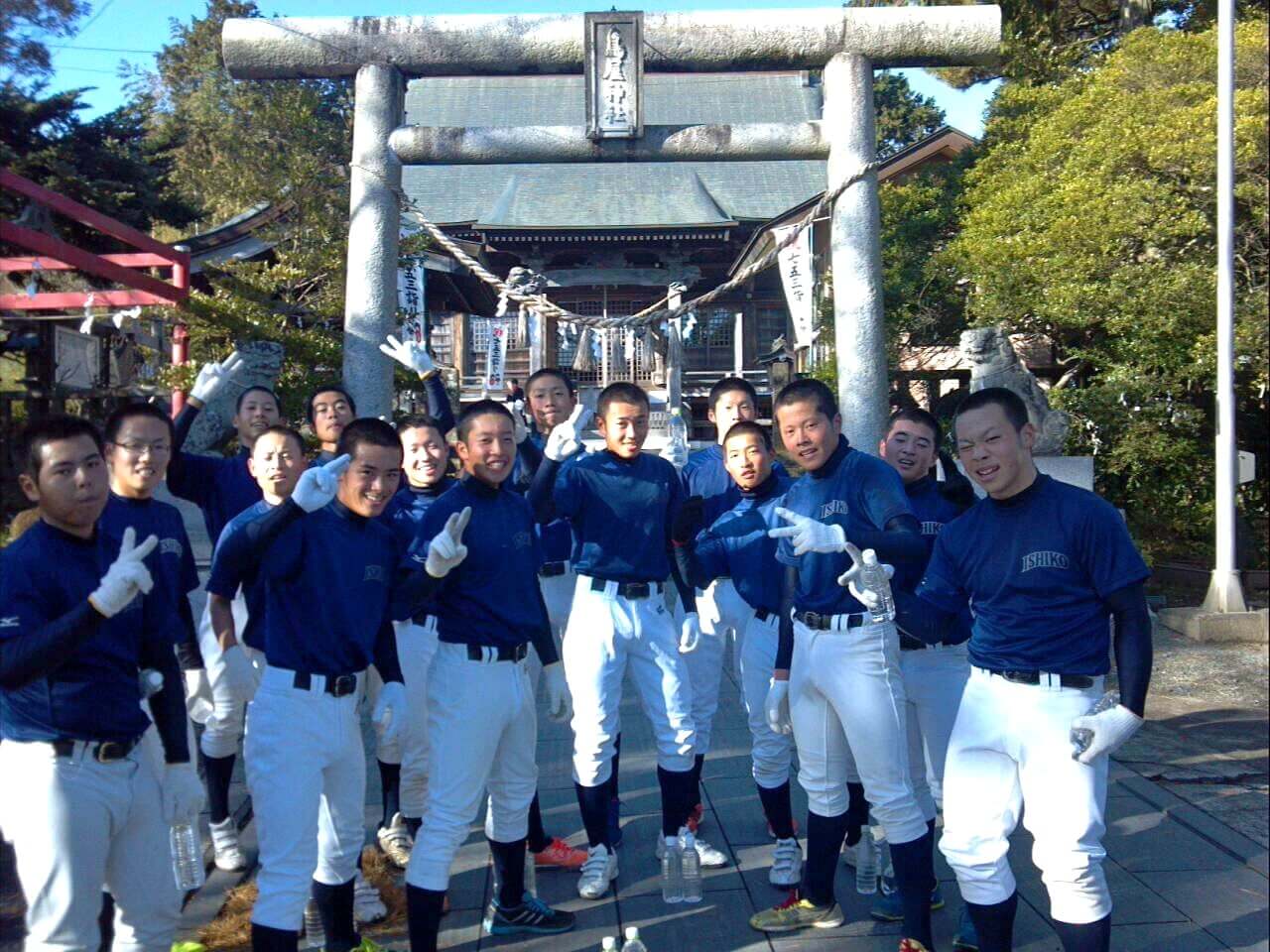 This junior/senior divide is perhaps the most defining feature of the Japanese business world. Some businesses even send their new recruits on training courses to teach the correct angle at which to bow to someone depending on their relative superiority.

The group mentality and the importance of harmony learnt at school are of great benefit here, but there are drawbacks too. New recruits are expected to follow instructions rather than make creative suggestions. It would be almost unheard of for a new recruit to actively contribute to discussions in a meeting. Instead, new recruits should silently observe and learn from their seniors. They should bite their tongues even if they have something constructive to add.

Along with this is the pressure for junior workers to join their seniors for ‘nomikai’ drinking parties after work. Feigning a dental appointment might get you off the hook once or twice! However, if you refuse too many times you might not appear to be a team player. On the plus side, these drinking parties are often a chance for juniors to talk more candidly with their seniors.

The workplace in Japan has traditionally been very male dominated, especially when it comes to senior positions. There’s still a long way to go, but this is changing slowly with a few large companies appointing female CEOs.

Perhaps even more ingrained are attitudes to what constitutes an expected ‘life path’. The expectation is that you graduate from university, get a job, get married and have children.

In Japan there is a lot of pressure to conform to this trajectory. It’s especially difficult for those identifying as LGBTQ+, who very rarely come out to their co-workers, friends or even family.

Some young men who buck the trend have come to be known as ‘herbivorous men’. This has less to do with their sexuality and more to do with the fact that they are openly happy living a single life. They are free to spend their time and money on their hobbies and interests, without having to worry about raising a family.

This demographic isn’t doing much to help solve Japan’s declining population problem, but it represents a shift in those ingrained ideals. This could give hope to many who find themselves unwilling, or unable, to conform to the traditional expectations of society.

The upshot of all this expectation is a beautiful harmony that I’ve yet to experience in any other country. It’s palpable even on the briefest visit.

Despite the language barrier you’ll encounter kindness and helpfulness, and notice the country’s tidiness – whether it’s people cleaning up and righting seats on the bullet train, or a stranger walking an hour out of their way to help you find a restaurant.

The norms that drive Japan’s culture might leave you wondering if we in the West went wrong somewhere along the way.