Skip to content
Thank you for signing up!
Subscribe to our Newsletter
HOME » Blog » Salaryman vs. Kawaii

When I first started learning Japanese at high school, I was interested only peripherally in Japanese pop culture. This made me stand out from my classmates, who were strides ahead of me already because of their love of Japanese comics, animation, and movies. They could confidently introduce themselves in Japanese, and answered the teacher’s questions with a confident hai! (yes!) at every opportunity. What was it about Japanese pop culture that drew them in? What made them want to learn such a difficult language and adopt the mannerisms of the fictional characters they loved so much?

It wasn’t long before I was introduced to the term kawaii, meaning cute in Japanese. Our teacher told us that the word is used liberally in Japan, and the popularity and appeal of ‘cute’ is widespread throughout society. Inspired by my peers, I started watching some of the Japanese cartoons they loved so much, and it quickly became apparent that our teacher was right. The cartoons were liberally sprinkled with cuteness, from sparkly high-pitched teenagers with big eyes and even bigger hair, to adorable animal mascots with punchy catchphrases – cuteness was everywhere. Even serious stories had cute comic relief characters that broke the tone occasionally, providing a dash of cutesy charm in a manner my Western eyes sometimes found jarring and out-of-place.

After learning more Japanese (the cartoons helped!) and spending some time in Tokyo on exchange during university, I realised that I wanted to live and work in Japan after I graduated. After a couple of years teaching English in the countryside, I applied for and was accepted into my first office job in Japan. This was my first encounter with the fabled Japanese salaryman. Perhaps not as well-known as other Japanese cultural phenomena like the cartoons above, the stereotype of the Japanese salaryman has still made its way somewhat into the rest of the world’s consciousness. Dark suited and grim, these men (and most of them are indeed men) cram into packed commuter trains in their thousands to make their way into offices, where they toil behind their desks long into the night. Their ceaseless labour only is broken by regular binge drinking sessions with colleagues and perhaps a karaoke session or two, these economic warriors look forward to a cushy retirement at 60 after a lifetime’s service to the company.

While this description is indeed a stereotype, and workplaces are changing in Japan, my own experience working in a Japanese office did have some parallels. My colleagues worked staggeringly long hours at their cramped desks, arriving at work well before 9 a.m. and rarely leaving before 9 p.m. Commutes of over an hour each way were not uncommon, and many of my office mates were heavy drinkers. As one of the few foreigners in my office, I was considered exempt (or exempted myself – much as I love a beer or two I can’t drink five nights a week!) from much of this work culture, but I could see the toll it took on my coworkers, especially those who were starting their first job out of university.

With such a large percentage of the population involved in white-collar clerical work, this lifestyle is not uncommon in Japan, despite some efforts by the government and corporations to make changes. With such long stressful hours at work, it is unsurprising that binge drinking and little time with family and friends are also common in Japan. What is interesting, though, was that many of my colleagues were avid fans of the same cartoons I had watched back as a high schooler first learning Japanese. Coming from a culture where cartoons are mostly aimed at children, I wondered how this could be. What would these stressed out, overworked people gain from cartoons?

Perhaps the answer lies in the Japanese concept of cuteness. Something I have noticed over the years is that when Japanese people use kawaii to refer to something or someone, the subject often has a certain pitiable or innocent quality that the direct English translation ‘cute’ lacks. A child trying and failing repeatedly at a simple task elicits pity and sympathy in the West, with perhaps some admiration for the child’s tenacity. In Japan, these feelings are condensed into the word kawaii, as the concept of physical cuteness is intrinsically wrapped with the desire to look after something that cannot take care of itself. This goes some way to explaining the cartoons I watched as a teenager, where such elements are added to appeal directly to the (Japanese) audience and elicit an emotional response that keeps them hooked. The concept of kawaii is not even limited to the media but winds its way through many aspects of Japanese daily life. During my years of living in Japan, I have seen cute traffic cones, cute police mascots, and even cute toilet seats. 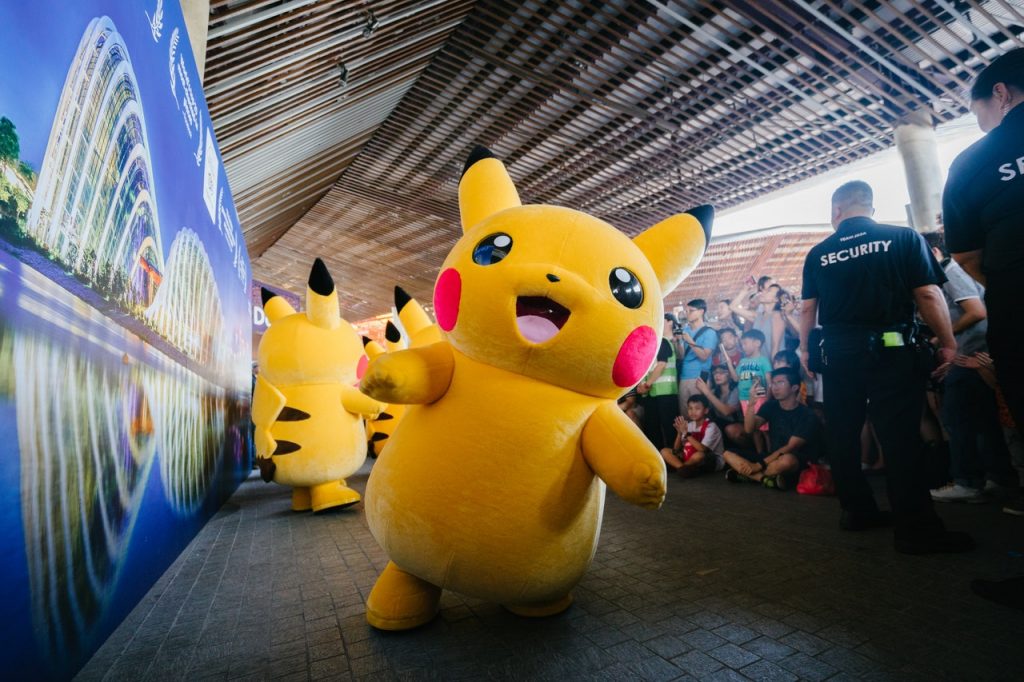 I am no cultural anthropologist, and the above is based on my own lived experience and knowledge of the Japanese language. However, if I were a burned-out Japanese office worker, with all the social expectations that this entails, I might indeed take solace in cartoon depictions of a simpler world filled with nostalgic and kawaii elements. I know many of my colleagues did. On making this observation, many of them affirmed my cobbled-together hypothesis.

“I identify with the kawaii characters who try their best every time, even if they fail.”

Perhaps this goes some way to explaining why Disney movies are so wildly popular in Japan too.

One of the reasons I fell in love with Japan was because of the sharp contrasts between old and new that exist here, dyed-in-the-wool tradition versus ultra-modernism. I once visited a 700-year-old temple within stone’s throw of a cutting-edge virtual reality parlour. I’ve been served by a robot at a restaurant that didn’t take credit cards, and I’ve used unlimited lightning-fast internet in a tiny country village that didn’t even have a supermarket. It seems no great leap to me to add the contrasting image of weary ranks of salarymen alongside that of the popular kawaii cute-ness that has made Japan a mecca for pop culture fans the world over. These fascinating contrasts are what keep me coming back to Japan. I’m looking forward to what I’ll discover next!