Skip to content
Thank you for signing up!
Subscribe to our Newsletter
HOME » Blog » Paper Screens: Book recommendations

We have a cultured lot at InsideJapan and we are often asked for some good book recommendations to give a little pre-trip inspiration to get people ‘in the mood’ for Japan.

This time, we are privileged to have a little help from essayist, novelist and traveller, Pico Iyer. Pico has been referred to as ‘arguably the greatest living travel-writer’ by some. In addition to regular contributions for Time magazine, he has published many books on Japan including his latest, ‘A Beginner’s Guide to Japan: Observations and Provocations’.

Our very own tour leader extraordinaire and Tokyo office manager, Tyler Palma also offers us his thoughts as someone who has lived and travelled to Japan for a living for the last 15 years.

Pico and Tyler have both chosen to look at writer Donald Richie. 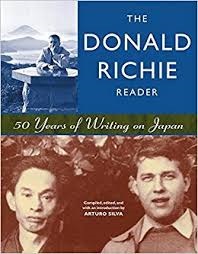 “I would recommend Donald Richie” said Pico, “Specifically, ‘The Donald Richie Reader’. Essays on everything from Buddhism to sex, aesthetics to the Imperial Family, intimacy to film, by the wise and immortally lucid American writer who spent 66 years based in Tokyo, until his death in 2013. Richie’s grace—beautifully evident in his classic travelogue, The Inland Sea– was to be happy to be a foreigner, yet always wryly sympathetic to the people around him.” 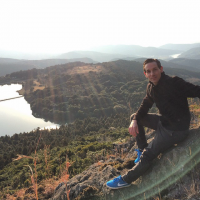 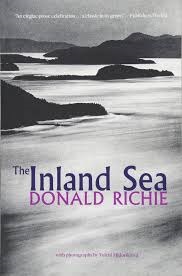 “The Inland Sea feels to me the way I imagine one would experience time travel. Places I know well seem completely familiar and yet tinged with an other worldliness reminiscent of a Japan that I only know from movies and books,” commented Tyler. “Donald Richie’s deep love for his adopted country are obvious throughout; there is a clear connection to the people of Japan that is missing in so many novels and essays about the country. Rather than focusing on the differences between this old culture and that of “The West”, Richie’s casual conversations and various encounters are naked and straightforward. If you read this book before visiting the art islands of the Seto Inland Sea or before cycling the Shimanami Kaido you may feel an odd sense of deja vu like you have been there before. And you will surely feel better prepared to strike up a conversation with a fellow traveller on a ferry or share a beer with a local in a small town izakya.”

Both Pico Iyer and Donald Richie’s Japan musings are available at all good online book stores.

You might like to download Issue 10 of Inside Travel Group’s East Magazine (for free), which features a more in-depth interview with Pico Iyer and some of his thoughts on Japan. 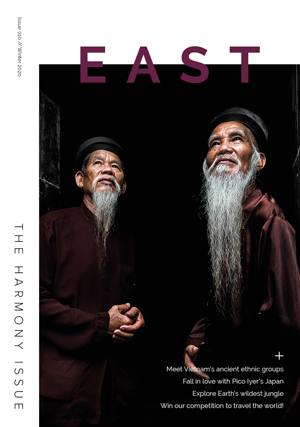