Skip to content
Thank you for signing up!
Subscribe to our Newsletter
HOME » Blog » 20 Reasons to Visit Japan in 2020 Part Four: Spring

The arrival of spring in Japan is, quite simply, gorgeous.

For thousands of years the thawing of winter and the cherry blossoms bursting into life has inspired artists, poets and philosophers, reminding them of the transient nature of life. As friends gather in parks to admire the pink sakura trees, Japan’s usual buzz – mellowed throughout the winter months – returns in force. Boisterous festivals welcoming the new season erupt throughout the length of the country, tea plantations and strawberry fields are a hive of activity, beaches reopen on the south islands, and the spectacular Sumo Summer Basho kicks off once again.

But everyone knows about the cherry blossom, right? So, what other extraordinary experiences does Japan have to offer in the beginning of next year?

Spring in Japan is infectiously optimistic, and with the arrival of the world’s greatest games in 2020, there is so much to be excited about. From our Japan experts, here are five extraordinary experiences you can take part in if you’re thinking of heading to Japan this coming next spring. 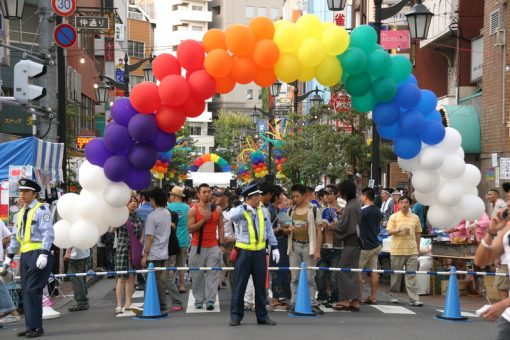 Japan has a reputation as a somewhat conservative country, and so it may come as a surprise that Tokyo has its own explosively colourful Pride event on the 25th and 26th of April. Tokyo Pride consists of a 3 km march around the Harajuku and Shibuya areas, and as with any Pride event, you can expect to see garish outfits, a rainbow of ages, genders and ethnicities, and a flotilla of flamboyant floats.

The main event of Japan’s biggest pride festival takes place in the space next to Shibuya’s Yoyogi Park, and over two days, partygoers will witness a unique mix of social activism with traditional Japanese festival culture. Tokyo has one of the largest LGBT communities in Asia, with almost 300 gay bars in Shinjuku alone, so dust off your brightest outfit and expect a celebration to remember. 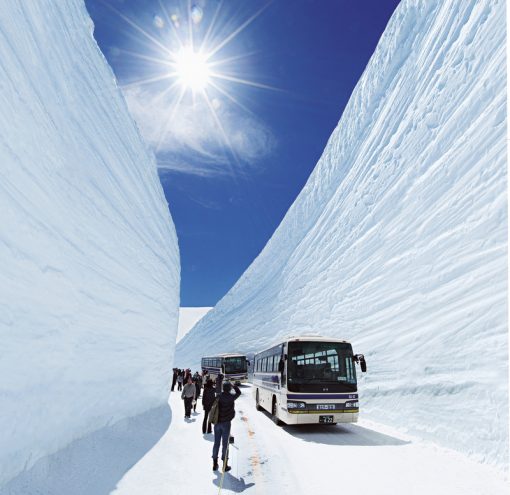 After being closed for the winter, in mid-April the Tateyama Kurobe Alpine Route opens to the world. Along this 37.2 km road you will come across a sight so surreal it seems as though you’ve stumbled onto an alien planet: walls of snow and ice, rising up to 20 metres high on either side. For context, 20 metres is a couple of large houses stacked on top of one another. That’s a lot of snow.

Traversing the entirety of the Tateyama Kurobe Alpine Route can be done via an adventurous combination of cablecars, buses and the soaring Tateyama Ropeway or you can opt for a section on foot or by bus. Along the way, snow-faring pioneers will be treated to achingly gorgeous views of mountain peaks, snow-dusted chalets, the pastoral valley far below and the vast Kurobe Dam – the tallest in Japan. Not bad for a day’s hiking.

Take a Ride on a Steam Locomotive 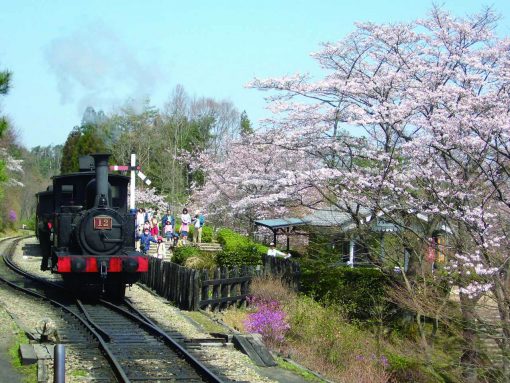 Spring is prime time for visiting the quaint valley town of Kawane Honcho, tucked away in Shizuoka prefecture. The main industry of the area is the revered Sencha green tea. May is peak season, and marvelling at the idyllic fields and sampling the local produce is a wonderful change of pace. It’s a joyful reminder that, even as the cities of Japan leap and bound into the future, there are countless little pockets across the country where the pace of life remains as tranquil as it was one thousand years before – save, of course, for the odd jolly toot of a steam train.

Use the words ‘Japan’ and ‘train’ together and most people picture a bullet train thundering across the countryside. In Kawane Honcho, however, there’s a very different kind of experience available. The local Ōigawa Railway is renowned for its stunning steam trains; functioning icons from a bygone era. Twice a day, passengers can enjoy a ride on the steam locomotives that rumble across the region, their great plumes of smoke billowing behind. This is a precious opportunity to take part in a spectacle rapidly vanishing from the modern world, as these mechanical wonders shuttle passengers through dense forest, across stilted bridges and over sparkling rivers.

The eyes of the world will turn to Japan in the spring of next year for the beginning of summer games, when the world’s nations will meet up to compare the athletic abilities of their buffest citizens. The world-famous torch relay will kick everything off on the 26th of March 2020. Beginning in Fukushima, the torch will make its way through all of Japan’s 47 prefectures, carried by a succession of over 10,000 Japanese citizens from all walks of life. It’s sure to be a dazzling spectacle every step of the way: the hospitality and good sportsmanship of the Japanese people is famed throughout the world.

The beauty of visiting Japan in 2020 is that wherever you choose to visit, if you time it right the relay will pass close by, and you’ll be able to soak up the ecstatic atmosphere. The theme of the games in 2020 is an optimistic one, with ‘Hope Lights Our Way’ being used as the slogan for the torch procession. By beginning the relay at Fukushima – struck by a tsunami, earthquake and nuclear disaster in 2011 – Japan is aiming to send a message of positivity around the globe – and who wouldn’t want to be present for that slice of world history? 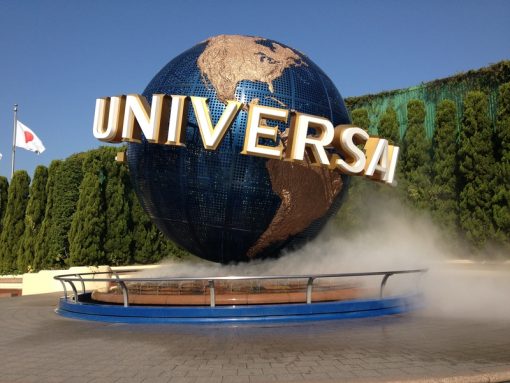 Gather the kids and embrace your inner gamer this spring, at the grand opening of Super Nintendo World in Osaka. This Super Mario-themed wing of Osaka’s existing Universal Studios is sure to be a hit when it opens early next year. The new park’s creators are hoping to draw visitors into a vast, immersive world of Piranha Plants, question-marked boxes and red turtle shells, among all many of other much-loved Nintendo icons.

The park has confirmed there will be a Mario Kart ride and a Yoshi ride (if you know, you know), as well as many interactive mini-games around the park that visitors can play, racking up a score on magnetic wristbands which connect to their consoles back home. At the time of writing the park is still under construction, though the cuboid minarets of Mario’s homeworld are already visible if you peer beyond the pines surrounding the Wizarding World of Harry Potter. Expect a lavish opening ceremony in 2020!