Skip to content
Thank you for signing up!
Subscribe to our Newsletter
HOME » Blog » How to spend a night in Tokyo

From karaoke to clubs (and running for the last train home), tour leader, and Tokyo resident, Mike Reddy shares his top tips for spending a fun-filled night in the capital. 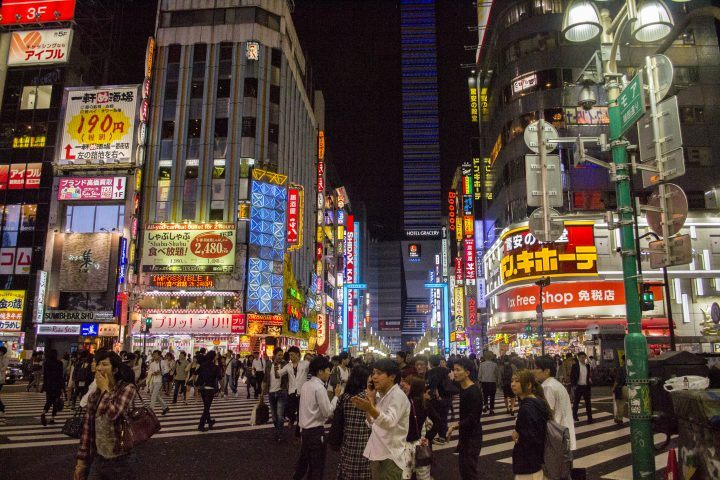 Tokyo is often thought of as the neon playground of the Far East, with countless restaurants that only fit a handful of customers at a time, and plentiful options for having a drink (or six) on a night out. Coming from New York City, the nights didn’t start until around 10pm, but Tokyo is just a little bit different.

While there are absolutely places to continue the party until sunrise, most people get their partying done in time to catch the last train home around midnight. If you’re commuting into Tokyo from the surrounding areas, much cheaper to live in prefectures, this last train might be as early as 10:30pm. Starting at 6pm is beginning to make sense!

Picture the scene. You’re finally in Japan after dreaming of being here. You’re with your friends, maybe even making some new friends. The drinks are flowing and the music at the bar you’ve chosen is just right, but you catch a glimpse of the time on your smart phone. It’s 11:30pm. A wave of grief washes over you. Time to make a choice and deal with the one thing people are most afraid of.

(Probably right after admitting they have a hangover, too.)

What do you do? Head home now while the trains are still running, or keep this party going until sunrise? Better question. What can you do? If everyone commutes via train, won’t everything just close by midnight? Well, many places do close by this point, but fear not! You do have some options. 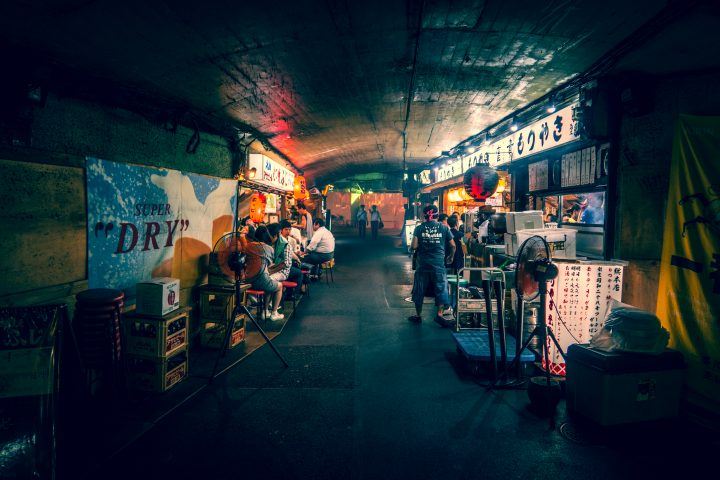 Some people enjoy this. Shibuya and Roppongi are Tokyo’s clubbing areas. Popular venues include Ageha, ALIFE, and Camelot, but Roppongi can be a bit ‘seedy’. Best to avoid touts and going into bars recommended by strangers waiting on the street, lest you like to have a very expensive tab waiting at the end.

Ah, karaoke. If you’re at the point where your confidence is larger than the Tokyo Skytree and are certain you can absolutely nail the entirety of Bohemian Rhapsody, then karaoke is an easy choice. Yes, we know. You can’t sing. No one at karaoke can. I love karaoke, but there’s a reason I’m writing this blog and not selling out Madison Square Garden.

With no shortage of options like Shidax, Big Echo, Cote D’Azur, Karaoke no Tetsujin, among others, if you’re in the downtown area, there’s likely a place to do karaoke nearby. For these late-night sessions, most offer a ‘free time’ system, offering a flat rate from 11pm to 5-6am. Combine that with a very affordable all-you-can-drink option and you’re set!

Alternatively, take the ‘free time’, turn down the all-you-can-drink option, turn the lights off, and just sleep on the couch until the time is up. They also have outlets in the rooms, so it’s convenient to charge your devices as well. 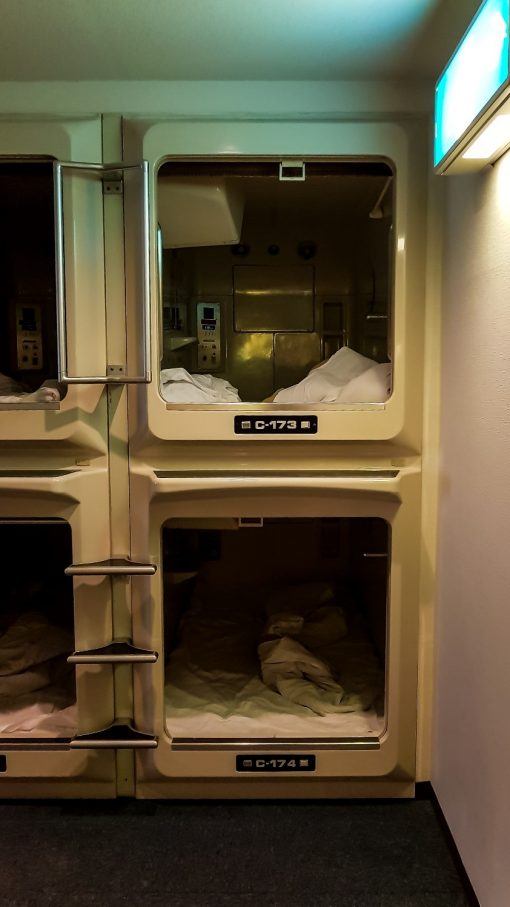 You committed to a night out but now see you’ve made a terrible mistake. A taxi to get back to your hotel is going to cost as much as your flight to Japan. “I just want to sleep, but I don’t want to pay for another hotel when I already have a hotel!”, screams a weary traveler, reverberating against the glass of the anti-hangover drink he consumed prior. For a few thousand yen, you too can have your very own capsule hotel to crawl into and sleep off that fierce determination to party until sunrise that you once had.

Definitely not for those who are claustrophobic! 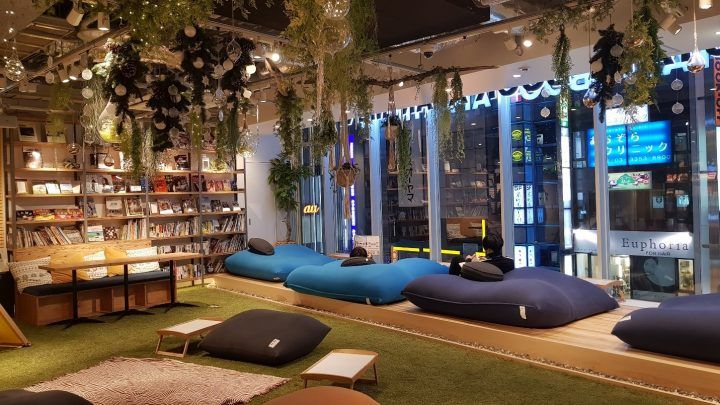 If you happen to be in Shinjuku, another cool option is the Tsutaya Book Apartment near Kabukicho. It can be used as a co-working space or just a quiet place to escape from the madness that is Shinjuku’s east side. It’s open 24-hours, and 6-hour packs include a shower for 2,800 yen. Free Wi-Fi, a place to charge your electronics, and booths, just like a capsule hotel, if you want to sleep for a bit.

For more tips for how to make the most of a night in the capital, or to meet up with a local to find the very best places to while away the evening, get in touch with our team of Japan experts.