Skip to content
Thank you for signing up!
Subscribe to our Newsletter
HOME » Home » Finding traditional architecture in Tokyo

What comes to mind when you think of Tokyo? Enormous skyscrapers? Neon lights? While traditional districts in the capital may be few and far between, tour leader Christian Closs found a hidden world of traditional architectural treasures at the Edo-Tokyo Open Air Architectural Museum.

When taking people around Tokyo, one request I get from time to time is to see “old buildings”. But if you have been to Tokyo, you’ll know there are not that many left. The few that survived the 1923 Great Kanto Earthquake likely succumbed to the Allied firebombing of 1945, and whatever made it through often fell victim to modernisation. While there are a few traditional districts left, such as Yanaka, modern Tokyo is mostly just that: modern.

But you still don’t need to get on a bullet train to see the centuries-old temples of Kyoto – Tokyo has its very own (somewhat unknown) architectural museum. Tucked away to the west of Tokyo prefecture is the Edo-Tokyo Open Air Architectural Museum of Koganei City. The Studio Ghibli Museum is only about half an hour away, so it’s a perfect place to add a visit to afterwards. In fact, Edo-Tokyo’s mascot is designed by none other than Ghibli’s Hayao Miyazaki himself! 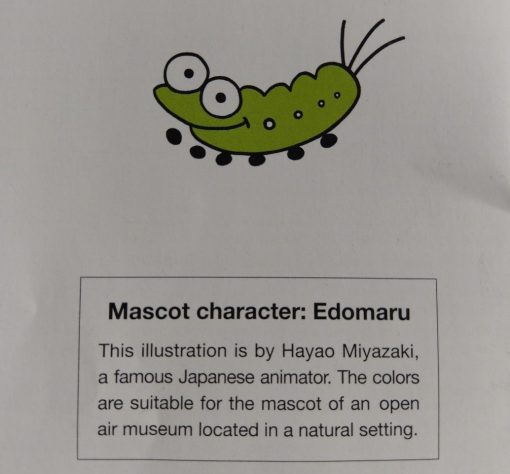 While the museum’s name is a bit of a mouthful, it does describe the place rather well: A museum showcasing Tokyo architecture from the Edo Period onwards – outside. Not to be confused with the Edo-Tokyo museum in Ryogoku, though equally well put together, this museum exhibits original structures from the Tokyo region, ranging in size from a tiny former downtown police station to the expansive mansion of a very wealthy businessman. 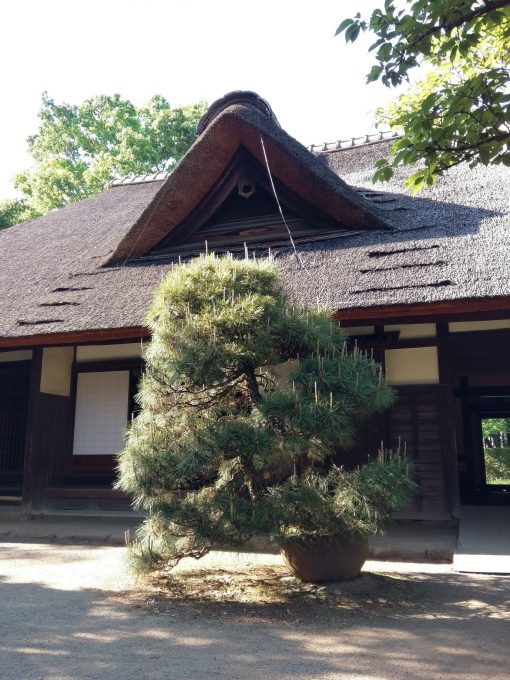 The exhibits are all original and restored, and almost all are accessible to visitors. If you are a fan of architecture, you will love this place. The English signage is superb, with leaflets for every structure available to take home. Floor plans are provided, and volunteer guides are very helpful should you have further questions. “What’s the catch?”, you’re thinking. There isn’t one! It only gets better!

Being tucked away in Tokyo’s west may make for a slightly longer journey (about 45 minutes by train and bus from Shinjuku via the Chuo line), but the reward is an excellent museum with little to no crowds; a perfect getaway from busy Tokyo that costs next to nothing. For a ¥400 entry fee I spent 4 ½ hours exploring; I witnessed a traditional open hearth in use at an Edo period farmhouse; had my picture taken at a former photo studio; tucked into tea and cake in the former Japanese residence of a German architect and strolled down an entire early 20th century row of shops. 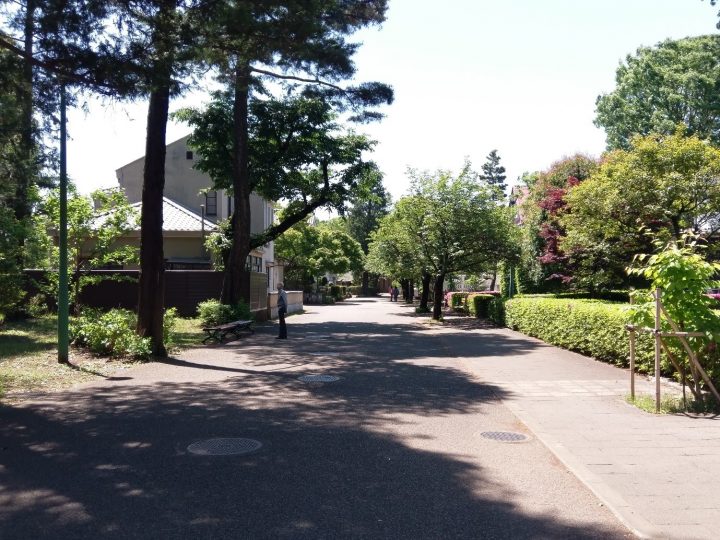 The museum was not crowded at all. A break from busy Tokyo I really needed. 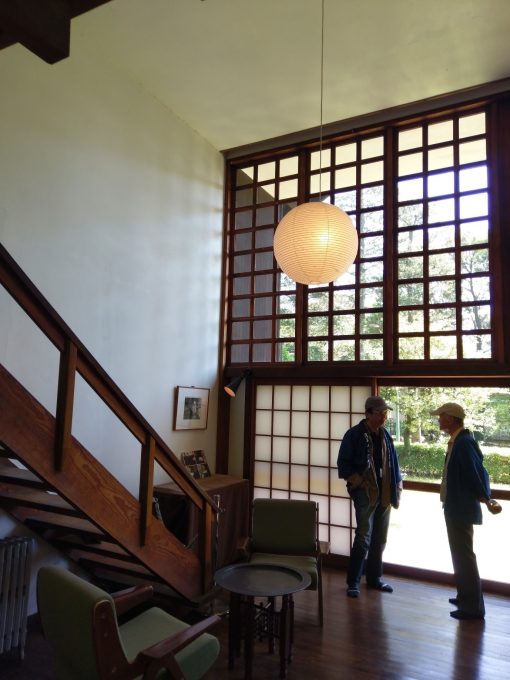 The first few houses I entered were all from the Showa Period and surprisingly Western. Museum volunteers are everywhere and ready for questions. In some places they also offer activities and experiences. 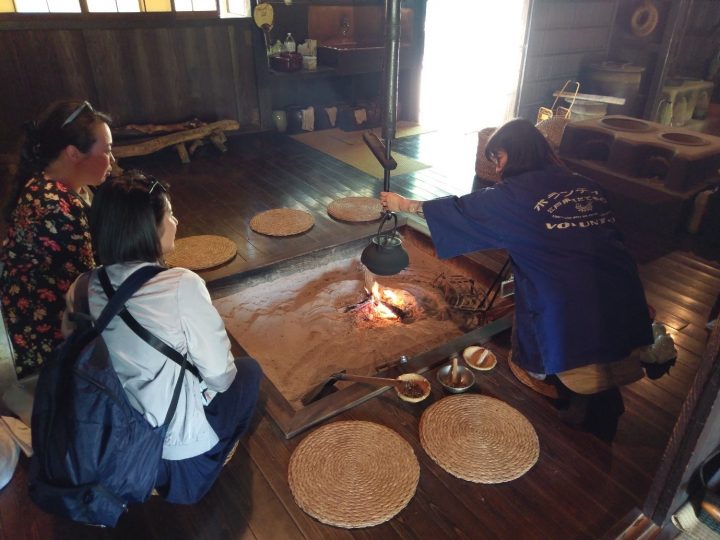 How about a cup of tea fresh from an irori? A traditional open hearth in an Edo-period farmhouse. 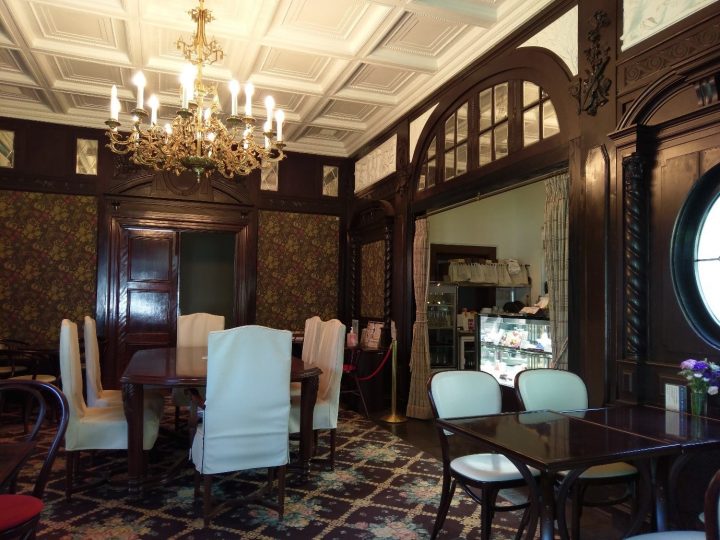 For lunch I returned West into the mansion of a German architect. The tea and cake were fantastic. 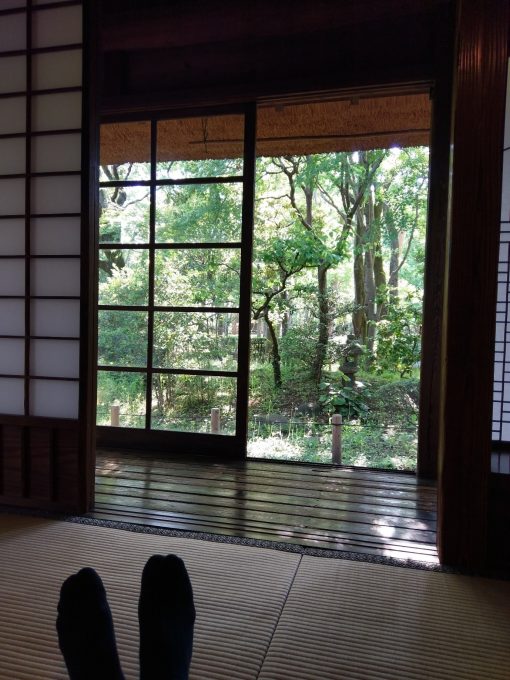 Back to traditional Japan for a rest on tatami afterwards. 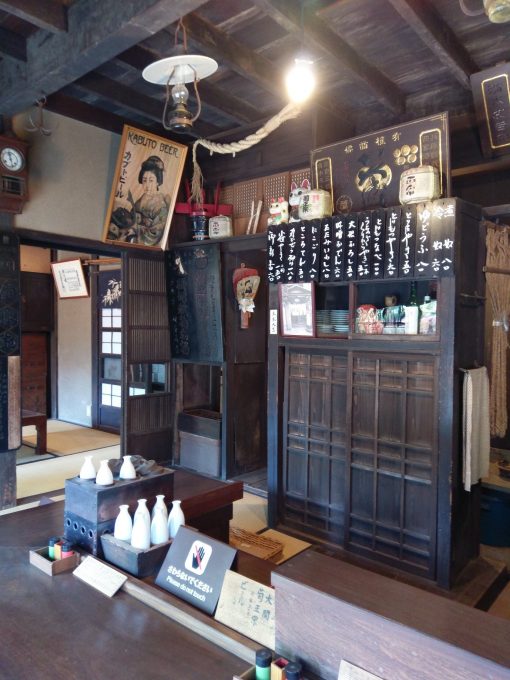 Quick stop at an izakaya. Off to the bathhouse for a soak. This building is by far my favourite of them all. 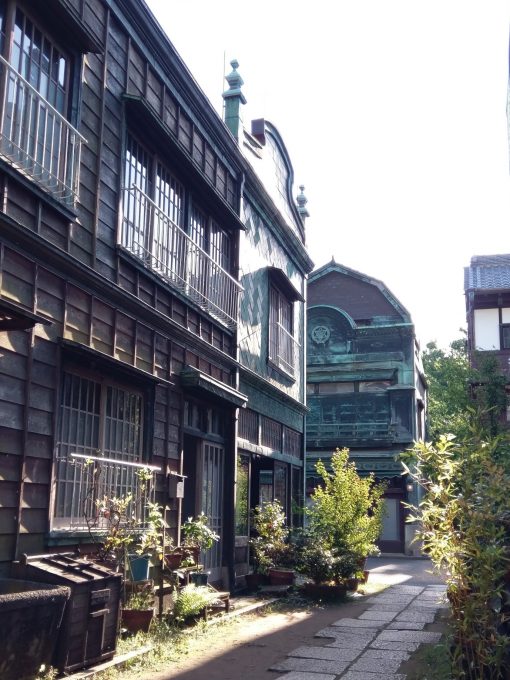 Then a walk through the town before heading home. The copper-clad building at the back is an example of why houses like these are so hard to find in Tokyo now: 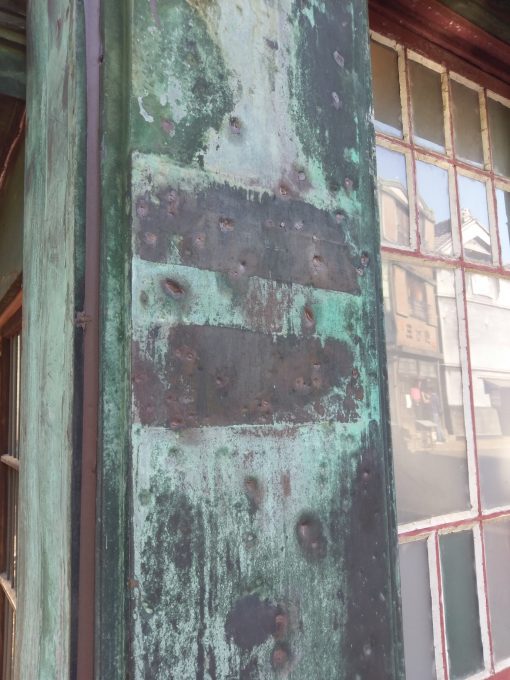 The cladding is completely covered with dents from bomb shrapnel, especially on the ground floor. In this case the fireproof cladding really did its job well.

Time to go home! I had a fantastic day at the Edo-Tokyo Open Air Architectural Museum and can highly recommend it. If you’re spending a morning at the Ghibli Museum, be sure to leave a few hours to explore this little-visited corner. 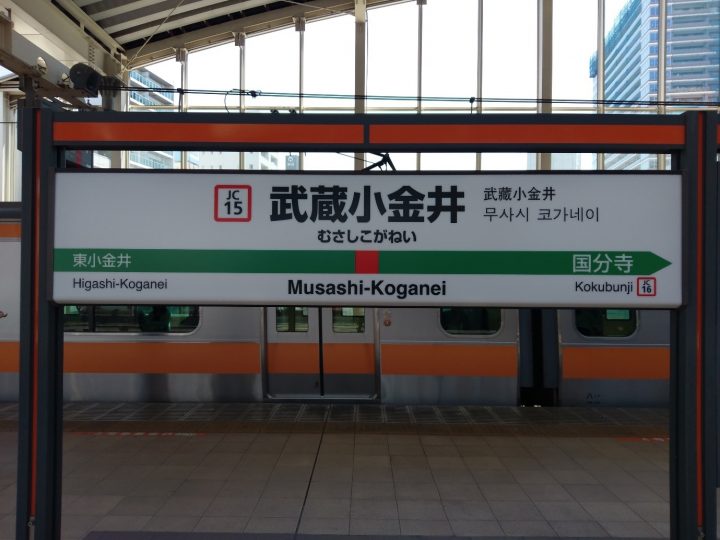 Getting to the museum is simple:

From Shinjuku station (or any other station on the Chuo Line) board a Chuo Line train west. Both Rapid and Local trains stop at Musashi-Koganei, from which you can either walk or take a bus to Koganei Park, where the museum is located. From the station the Museum is well signposted, and buses depart from stops 2, 3 and 4. There are English announcements on the bus too. Starting from Shinjuku, the journey should take you about 45 minutes.

InsideJapan tour leaders know all the best secret spots, join them on one of our Small Group Tours, or incorporate a trip to the Edo-Tokyo Open Air Architectural Museum on any of our Self-Guided Adventures.