Skip to content
Thank you for signing up!
Subscribe to our Newsletter
HOME » Blog » Jizo: The patron saint of travellers in Japan

Ever seen a statue wearing a red bib in Japan? This is Jizo, Buddhist deity and protector of just about everyone. Tour leader Hugh Cann introduces us to the history and meaning behind the statue’s clothes and surprising number of children’s toys.

When travelling in Japan you may spot small statues of monks wearing red knitted caps and bibs; they honour the Jizo Bosatsu, popularised in Japan early in the Heian Period (794–1185).

Who is Jizo Bosatsu? 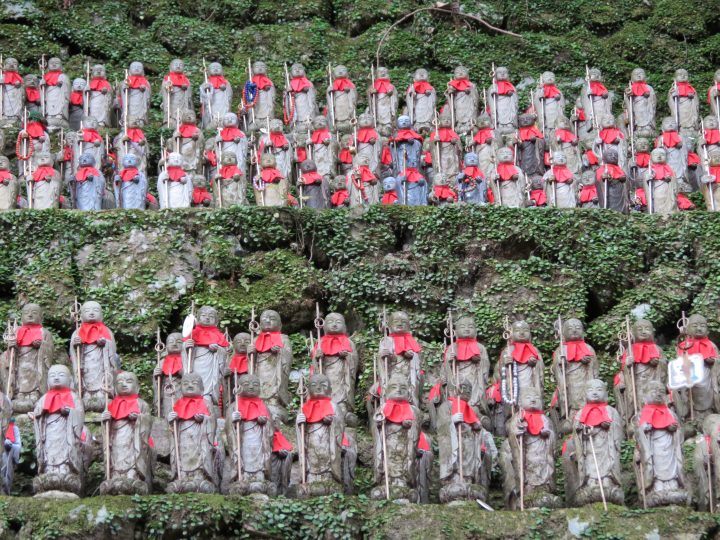 Jizo is a Japanese name and Bosatsu (Bodhisattva) a person who has attained prajna, or enlightenment, but postpones Buddhahood (Nirvana) to help others to attain enlightenment and transcend the “wheel of life”. There are many Jizo deities, each with a different name; these are modern adaptations unique to Japan rather than Buddhist traditions from mainland Asia. Although of Indian origin, Kshitigarbha (Jizo) is revered more widely in Japan, Korea, and China than in either India or Tibet. 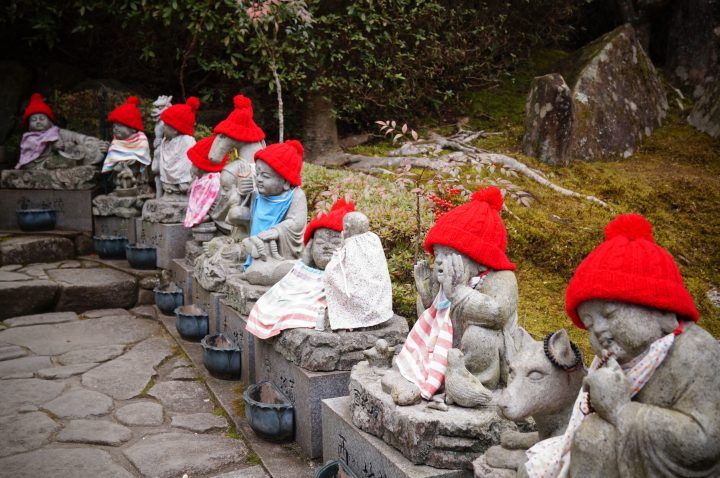 Jizo is one of Amida Buddha’s main attendants and a popular modern deity within the Pure Land and Shingon schools of Buddhism. According to Buddhist teaching, all living beings are born into one of six states of existence (Samsara – the cycle of life and death), and each doomed to death and rebirth in a recurring cycle over countless ages. Jizo is the protector of all beings in these six realms – the patron saint of expectant mothers, women in labour, children, firemen, travellers and pilgrims.

Jizo for children and babies 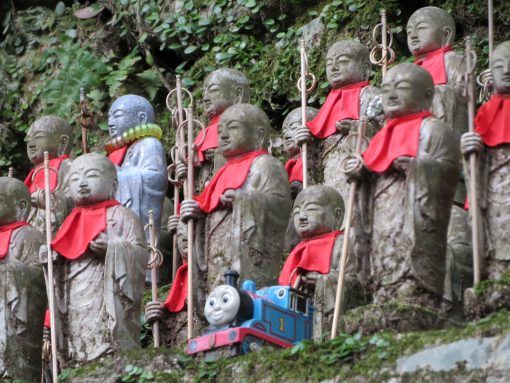 While Jizo was initially female, it is now almost always portrayed as male. Except, when appearing as the Koyasu (Safe Childbirth) Jizo. In modern Japan, Jizo is venerated as the guardian of children; specifically unborn, aborted, miscarried, and stillborn babies. Offerings are made by parents to thank Jizo for saving their children from serious illness. It is thought that children who die prematurely are denied entry to the Pure Land because they haven’t lived long enough to build up enough good karma. The Jizo is credited with smuggling these unfortunate souls into the Pure Land beneath his robes. You may notice toys or offerings placed around the statue – grieving parents place offerings to invoke protection for their child.

Why does Jizo wear red? 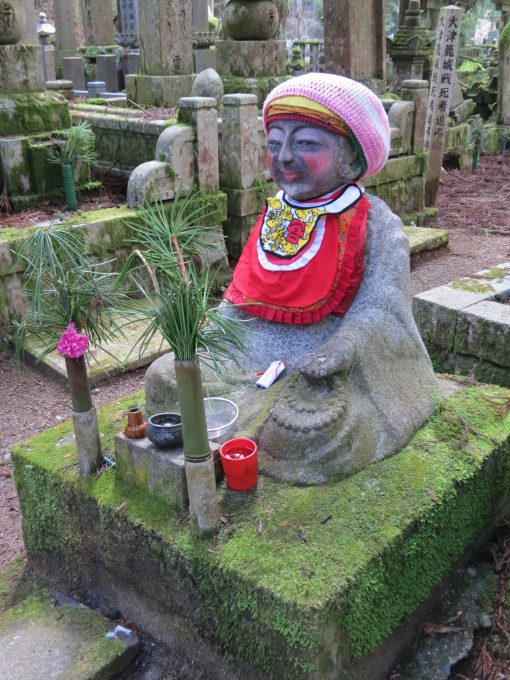 According to Japanese folk belief, red is the colour for expelling demons and illness. Jizo’s roles are to save us from the torments of hell, bring fertility, protect children and grant longevity, thus Jizo is often decked in red. Perhaps by coincidence, in Japan newborn babies are often referred to as aka chan; aka is the word for red and chan is a name tag of affection such as an English speaker might use ‘sweetie’, or ‘honey’.

So, in your travels, if passing a Jizo, you might like to pause a moment, put your hands together in prayer and offer devotion to build up some good karma.

Discover your spiritual side on our Hidden Japan Self-Guided Adventure, or contact our team of Japan experts to find out more.