Skip to content
Thank you for signing up!
Subscribe to our Newsletter
HOME » Blog » Japan by scooter: Interview with Dave Cornthwaite

Having sent travellers to Japan for nearly 20 years, we have arranged trips of all shapes and sizes. But even we were surprised to hear about Dave Cornthwaite’s 1052 mile adventure around Japan on a scooter. A kick scooter that is.

I caught up with the author and adventurer to find out the secrets from his epic 33-day trip around southern Honshu and Shikoku. 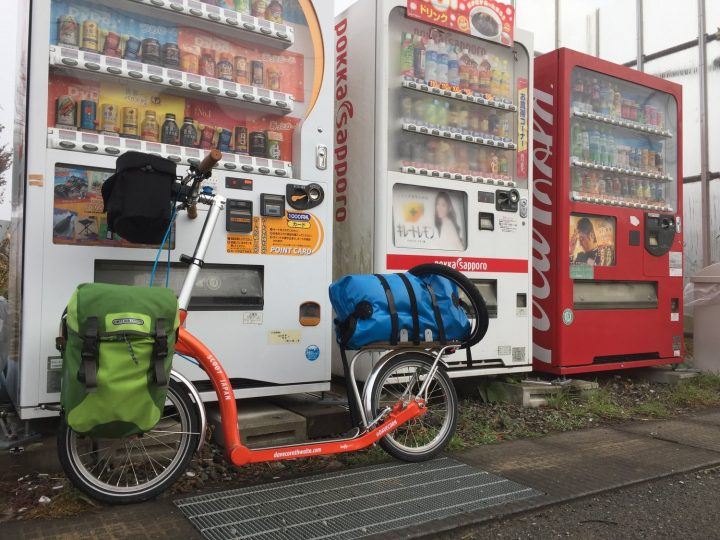 You’ve travelled all over the world, what made you interested in visiting Japan?

I think not having visited somewhere before is the ideal reason to go. I honestly had no idea what to expect from Japan and was moderately anxious before flying, especially about the language barrier. But it was exactly the fact that Japan felt so different from home in the UK that made it exciting.

“I had the most wonderful and unique

interactions with the Japanese and I

found everyone to be superbly friendly” 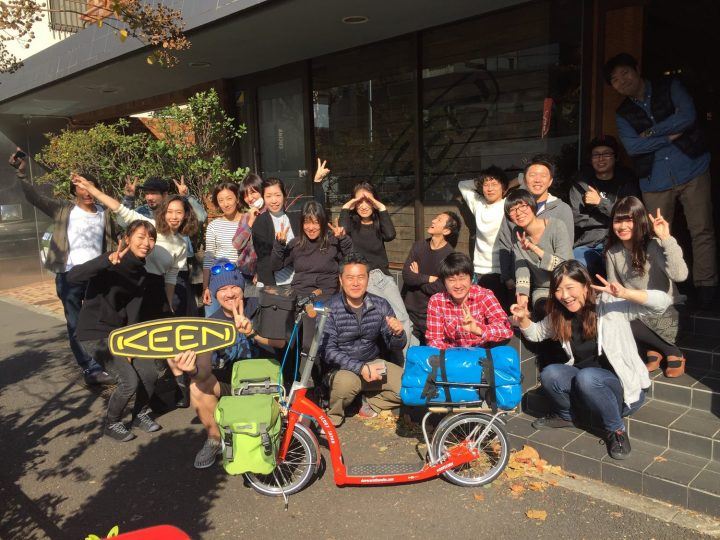 How were you received by local people? There must have been more than a little bemusement along the way…

Travelling around the country on a Swifty Scooter meant that I was attached to an ice breaker, a really cool way to meet people and stand out, if you like. Because of this I had the most wonderful and unique interactions with the Japanese and I found everyone to be superbly friendly and as helpful as my ignorance to their language allowed. Now and then a complete stranger would walk up to me with a drink or a snack, point at my scooter and urge me to accept their gift. How amazing is that?! 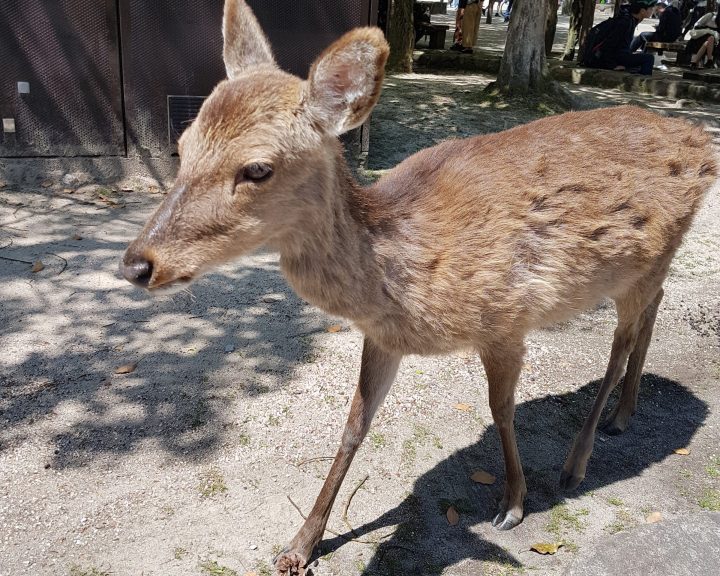 Did you have one favourite place?

This is a tough one, but Miyajima stands out to me. I stayed in the Watanabe Ryokan for two nights and absolutely loved the experience there. It’s obviously a popular place but for good reason. From the deer walking around (and sometimes posing for photos!) to the cable car up to one of the island’s highest points, I can recommend that island to anyone visiting Japan. 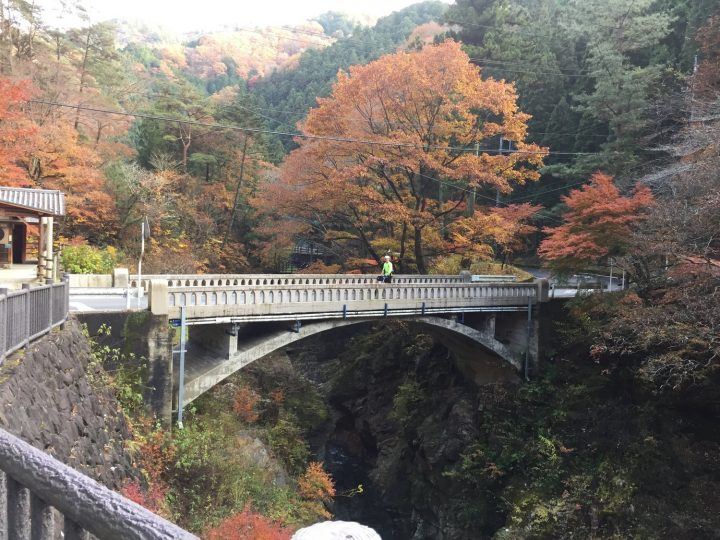 Your route looked unconventional! How did you plan it?

I went out there without a route in mind. It was freeing, deciding to travel based on opportunity, recommendation and gut instinct. I started in Tokyo, headed north and over the mountains, which was tough, because I was so unfit at the start and had never travelled by scooter! It was worth it for the great downhill towards Nagoya.

Then I continued to Kyoto and Osaka, hopped on a ferry to Shodo Island, then onwards along the Shikoku north shore, across to Hiroshima and Miyajima by ferry, back to Shikoku just to enjoy the famous Shimanami Kaido bike route between Imabari and Onamichi, scooting across islands and bridges. What a beautiful place to tour! And then I slowly made my way back towards Nagoya, and finally caught the shinkansen (bullet train) back to Tokyo. All in all I was over there for five weeks. 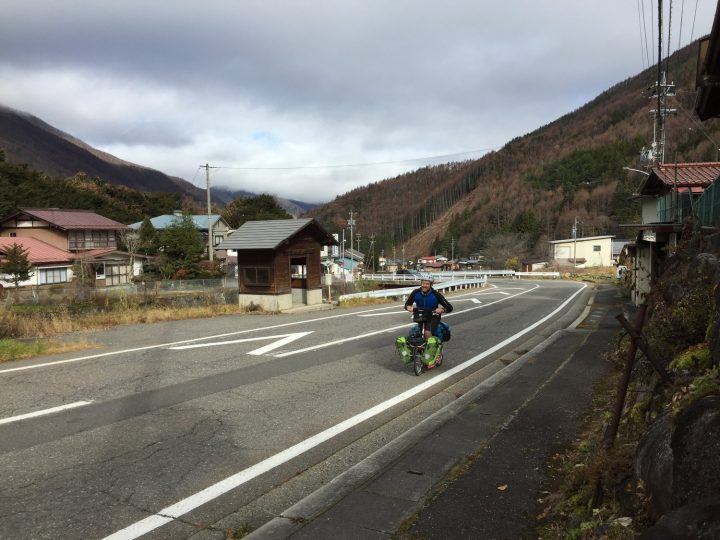 Makes me tired just thinking about it! How much did you manage to do on the kick scooter?

I travelled 1052 miles on the scooter in total, and then crossed over a few bodies of water by ferry. 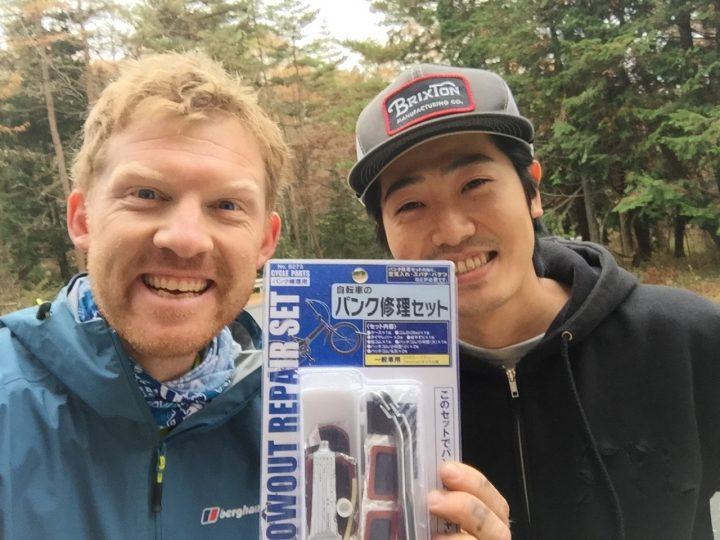 Did you feel safe?

Totally, possibly more than anywhere I’ve travelled. Travelling by road always carries some danger, but in terms of the people I didn’t ever lock my scooter up or feel concerned about someone stealing my gear. There’s a general sense of trust in Japan, I couldn’t imagine someone stealing anything.

Any favourite foods along the way?

I just like eating so it wouldn’t be fair to single anything out. The food at Watanabe on Miyajima was incredible, each meal had 8 or 9 courses.

How was the language barrier, did it present any problems?

I’ve always been awful at languages but picked up a few words and phrases. I quite like the fact that you can go anywhere and that you don’t have to speak the language to enjoy the destination. I didn’t have many conversations in Japan, English isn’t spoken regularly, but the language difference was just part of the experience. 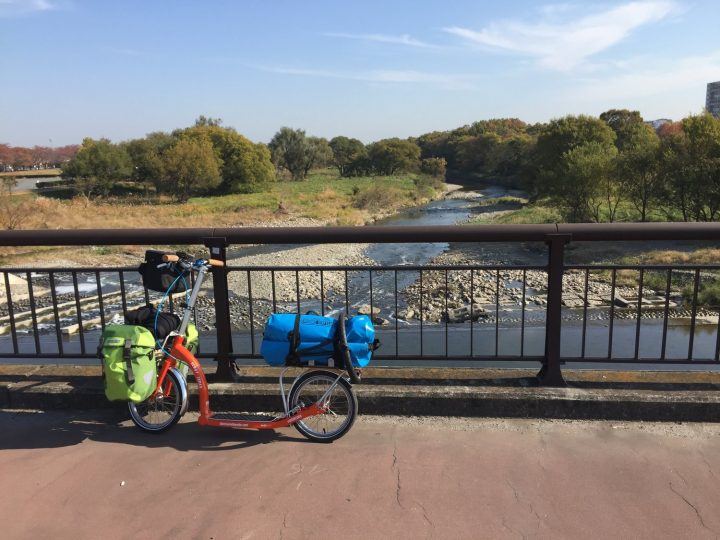 Now for the important questions: Japanese countryside or city?

Anything you would have done differently?

I don’t think so! Perhaps tried harder with the language. 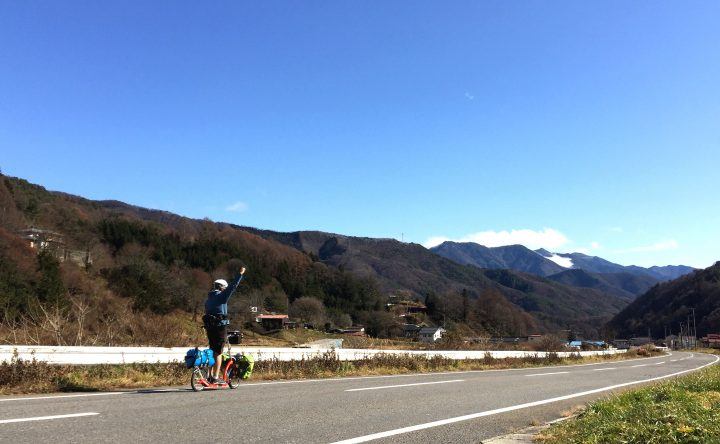 Would you go back?

Your mode of transport was pretty unusual, but do you have any tips for other travellers reaching for the scooter?

If you’re travelling by scooter, make sure you scoot with both feet! Visit Miyajima, the memorial in Hiroshima, and ride a bike along the Shimanami Kaido.

What’s next on the agenda?

I’m taking a few months off from adventures and developing a countryside coworking and creative hub south of London, based out of a converted double decker called the YesBus. Check it out at @theyesbus on social media or www.sayyesmore.com/yesbus

Whether you’re yearning to run out and buy a kick scooter, or would like to travel around Japan on something a little more conventional, get in touch with our team.